The Gulag was a system of forced-labour camps in the Soviet Union that existed during the infamous decades that surrounded the Second World War. 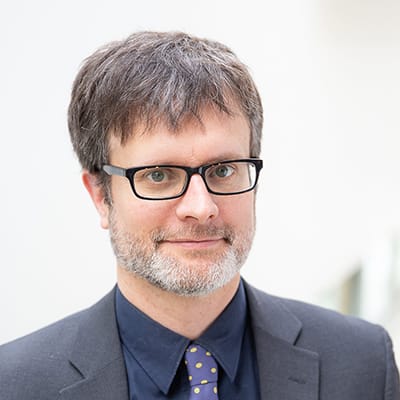 The Gulag played a critical role in confining or eliminating those who were considered undesirable by the ruthless Soviet dictatorship seeking political control, and Thompson Rivers University’s Associate Professor of History and Politics, Wilson T. Bell, is one of the world’s leading experts when it comes to its history.

From petty thieves to political prisoners, more than 18 million people were known to have been processed through the Gulag. While official records show that 1.6 million individuals died within the prison camps, experts believe that due to the common practises of releasing prisoners on the verge of death, the accurate number may easily be much higher.

“As far as we’ve been able to tell, the Soviet Union didn’t have death camps strictly for the purpose of killing people,” says Bell. “Nazi death and concentration camps undoubtedly had much higher mortality rates; but although the top secret, official records of the Gulag camps’ mortality rates have been declassified and we have them, it appears that the actual mortality rates were considerably higher than anyone can confirm.”

While many people now have a basic understanding of the horrors perpetrated in the Nazi war camps, the Soviet system (although much larger and longer-lasting) has been shrouded in some secrecy and its stories are not as widely known.

During the completion of his undergraduate degree with a double major in History and Russian studies, Bell did an honours project on Russian history which then led him to complete his Master’s Degree, and later his PhD, at the University of Toronto.

Just prior to beginning his Master’s, the university’s library had purchased a never-before-seen microform collection of Gulag newspapers that had been officially published inside the camps. The papers, produced by prisoners for prisoners, were intended for consumption strictly within the camps and revealed previously unknown insights into life inside the Gulag.

“Although propagandistic in nature, the papers still gave some artistic outlet to the prisoners who were able to write stories or poems for the publications,” says Bell, “but there hadn’t been any academic work done related to them until I did my Masters project, and that was really when I began to engage with the history and stories of the Gulag more deeply.”

Bell went on to teach English in Moscow followed by his continued study of the Gulag in Western Siberia for his PhD. It was while he was conducting archival research that Bell found a museum in Tomsk that had been established to commemorate those who had been repressed under Stalin. There his interest in the area’s history was further cemented as he began to discover the stories behind the museum and delve into the informal practises of the Gulag: black market activity, data falsifications, forbidden relationships, exchange of favors, and other illicit activities that were crucial to the Gulag system during the Stalin era.

“In the Gulag there were prisoners who became camp officials after they were released,” explains Bell. “There were also camp bosses who were arrested and became prisoners - so there was a lot more fluidity than in Nazi camps where things were strictly governed by racial hierarchies. That’s where the stories of how prisoners and non-prisoners interacting - often working together, sleeping in similar barracks, having prohibited sexual relationships and pregnancies, and so on - become very interesting and valuable to tell as we explore the ‘grey areas’ of the Gulag.”

Because of his desire to relocate back to Canada, an opportunity to teach and the supportive nature of its research office, Bell joined the TRU Faculty of Arts in 2012 where he continued to build on his research in the collaborative environment of the department.

Through his academic articles on the fascinating unsanctioned activities of de-convoyed (or unescorted) prisoners in the Gulag and his writings on sexuality, pregnancy, sexual abuse, consensual relationships, love stories and marriage in the camps, Bell has helped to tell the stories of a time and place where humanity persisted in the face of repression.

“With any academic research you’re trying to understand the world and humanity a little bit better. If I can tell a story that people find interesting and want to engage with then that’s exciting, but the bigger picture of my work is the issue of a lack of empathy in today’s society; an inability to see things from each other’s perspectives or to even try.

Telling history well means that you’re trying to understand others: what they’re going through, why they’re doing the things they’re doing, what’s motivating them, how and why they’re reacting to certain situations. Ultimately you could hope that people might see the world as more interconnected because you understand each other’s stories and want to do less harm and more good in the world.”

To that end, Bell expanded on his PhD research, culminating in his 2019 book, Stalin's Gulag at War: Forced Labour, Mass Death, and Soviet Victory in the Second World War, which examines the inner stories and functions of the Gulag.

“Western Siberia was a very important area for the Soviet Homefront during World War II because many of the European parts of the region were destroyed or under threat,” explains Bell. “A lot of the production happened with forced labour in the Gulag – munitions, sewing Red Army uniforms, manufacturing artillery shells, major defense factory labour - and it’s interesting to see how the camps were mobilized for the war efforts. The Gulag played a major role in Soviet victory, but the human cost was very high.”

While working on his book and teaching History and Politics at TRU, Bell was also awarded a two-year (2015-2017) Social Sciences and Humanities Research Council of Canada (SSHRC) Insight Development Grant for a new project titled, “44 Lenin Avenue: Siberia's 20th century history as told through its most remarkable building.”

“When I was in the museum in Tomsk researching, my future spouse joined me and she became very interested in the building,” says Bell. “It has a very expansive history and she was considering making a documentary about it, but when that didn’t come to fruition I asked her if I could adopt the project as a book. During the Stalin period the building had been the headquarters for the NKVD (which was a precursor to the KGB) and anyone in Tomsk sentenced to the Gulag passed through that building - it had a lot of stories to tell.”

In addition to its substantial connection to the Stalin era repression that piqued his interest, 44 Lenin Avenue has had a front-row seat to the often dark and fraught events of Siberian history and Bell realized that the compelling stories of the city and region from 1890s to present could be told through the eyes of the building’s all-seeing walls.

“44 Lenin Avenue was built by a famous architect as an educational institution in the late Imperial, pre-revolutionary period of Russia, but there was a gruesome murder in the building in 1909 that changed the course of its future. The building was shut down and was labeled ‘the Bad House’ and suddenly it had a reputation that caused it to become something very different. The building encapsulates a lot of Russian eras and we can take snippets from each event that happened there and use them as windows to see what people were dealing with at that time: what were the motivating factors in the lives of people, what issues arose around religion and education, how did revolutionary activism come about and so on. It provides a unique social history of Siberia and is a compelling way to read about the history of the period.”

Bell’s project was funded again in 2019 by a SSHRC Insight Grant, which will carry the project to completion while he also examines the deeper questions that compel his work in research.

Bell explains, “One motivation I’ve always had in looking at the past is asking ‘Why do people do such horrible things to one another?’ – That’s the big question behind my research. In many places there have been, and continue to be, very terrible things done to people and we need to ask questions about human nature and how these events can be applied to what’s happening in the world today.“

“Any time we put undesirable people ‘somewhere else’ we should be learning from what has happened before,” says Bell. “We still use exclusionary rhetoric a lot and we still look at certain groups as enemies, lumping people into an ‘enemy group’; but one would hope that my kind of research could lead to different solutions in the future. If people can understand a little more about repressive institutions then hopefully they can avoid them. The thing about history is that you learn that while there are continuities, there is also opportunity for change as we share stories that can create more compassion in the world.”

Were he able to conduct a limitless project, Bell would develop partnerships with archives and organizations in Russia to gain access to their still-classified materials. Access would allow him to translate and transcribe those resources and stories so that other students and researchers could use them for learning, while also making them available for Russian people seeking to better understand their own history. Bell would also like to find a way to tie funding to the museum that has done such important preservation of the stories of lives affected by the Gulag.

“I hope that eventually my research will be superseded by many other people who carry the work forward,” says Bell. “I have been fortunate to be one of a handful of people pioneering the field of Gulag studies, and if I’m one of the people that helps this important subject matter be better known then I will have done some good work.”