It was the best-selling novel Sophie’s World that first pulled Jessica Bowen into the world of philosophy. She became fully engaged as she discovered how texts thousands of years old are relevant today.

“As I continued with the various philosophy courses that TRU offered, such as the Philosophy of Rock Music and Contemporary Moral Issues and Ethics of the Holocaust, I learned that these courses weren’t just interesting — they bridged content to demonstrate the relevance of philosophical theory to contemporary matters.”

When it became available as a major at TRU, Jessica jumped at the chance and decided she wanted to pursue graduate studies in philosophy. She followed through with whole-hearted support from TRU professors.

“I became very focused on integrating a feminist perspective to the areas of philosophy I was studying. My instructors didn’t just recognize my interest, they actively fostered my learning and growth in this area.”

With continued backing from TRU faculty, Jessica later obtained a Master of Arts in philosophy from McMaster University in Hamilton.

Before long, she began her career at Humber College in Toronto, responsible for the college’s compliance with accessibility legislation under Ontario’s Disabilities Act. Jessica is currently manager in the Centre for Human Rights, Equity and Diversity at Humber.

“My philosophy degree has enhanced my critical thinking skills and honed my ability to analyse and assess wide-ranging, complex issues. These are matters I encounter on a daily basis.”

Her philosophical background continues to guide her as she begins studying for a Master of Laws in dispute resolution at Osgoode Hall Law School in Toronto. 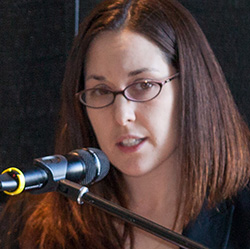 My instructors didn’t just recognize my interest, they actively fostered my learning and growth in this area. Jessica Bowen

A curiosity about philosophy turned to enthusiasm for Craig Trarup when he attended his first class at TRU.

“During the class the professor and the topic were incredibly engaging. I have not looked back since.”

As time went on, small classes helped him develop good relationships with professors and fellow students.

“Discussion is important in philosophy and it’s the way I learn best. The environment at TRU has always supplied me with lots of it.”

That connection also means Craig gets plenty of hands-on information about careers in philosophy.

“They really go out of their way to let you know there is a ton of options with a philosophy degree.” 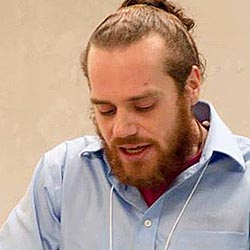 They really go out of their way to let you know there is a ton of options with a philosophy degree. Craig Trarup

Adam Markin has long had a philosophical bent in the way he looks at the world. He just didn’t always know it.

All it took was 50 minutes of one class at TRU, and he knew that philosophy was indeed what he was all about.

“It is a deep, abiding love full of trials and tribulations!”

He found that the best thing about TRU’s philosophy program is the professors.

“They love what they do, they love the material that they specialize in, and they are also notable and accomplished academics.”

“I do a job (building wind turbines) that I think matters in the world – a job that I believe makes a difference, and a job that I love.”

Philosophy has helped Adam organize his crew in a way that allows everyone to contribute their knowledge.

“There is also a remarkable increase in morale and productivity when people feel they are listened to, considered, and provided with feedback on their thoughts.”

In the end, though, the real value of philosophy is that it has formed who he is.

“It has made me a more aware, happy, and curious than I was before I studied it. Isn't that more important than whether it helped me get a job or whether that job is cool or pays well?” 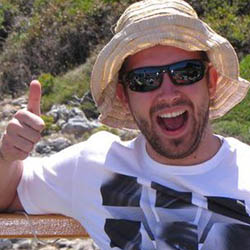 It has made me a more aware, happy, and curious than I was before I studied it.Adam Markin