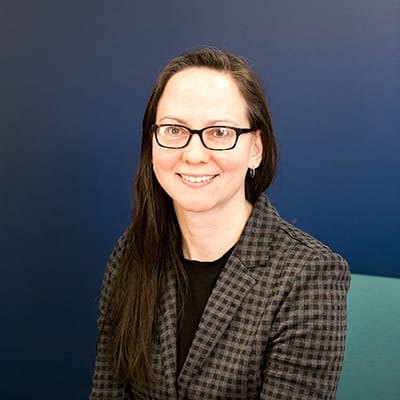 Identifying an important “Why not?”, Tina Block’s research explores why an increasing number of people claim to be nonreligious, have no affiliation with a religious institution, and/or consider themselves atheists or nonbelievers.

For her Master’s project at the University of Victoria, Block compared and contrasted church life during the 1950s in a Pentecostal and United Church in Victoria, with a focus on the role of women and gender. Block’s PhD dissertation continued in the social history of religion, while turning to a focus on irreligion in British Columbia and the broader Pacific Northwest.

Block focuses mostly on the social history of post-war Canada from the 1950s to the early 1980s and continues to make interesting discoveries that lead to broader questions of greater social impact.

“Census data shows that in 1971, 4.3 percent of Canadians claimed to have ‘no religion’ while about 13 per cent of British Columbians said the same. Both British Columbia and Canada have become less religious over time, but the difference between the province and the nation has remained stable. I wanted to know why this region was less religious than other regions,” says Block. “It was a hard question to answer.”

“Certainly one of my goals was to ask why, but I was also interested in exploring the implications of this regional phenomenon. More people in BC and the American Pacific Northwest lived their lives without religion than those in other regions, but many of those who claimed no religion also considered themselves to be spiritual; the region has a comparatively large ‘nonreligious but spiritual’ population.”

Block’s PhD dissertation examined the historical influences of religion and irreligion in the Pacific Northwest compared to other regions. That research was ultimately published as a monograph with UBC Press titled The Secular Northwest: Religion and Irreligion in Everyday Postwar Life.

“I interviewed people outside of organized religion in both BC and Washington state who had left organized religion, had just never been part of organized religion, or were atheists or non-believers,” explains Block. “They would have replied to the census that they had no religion because they didn’t actively practice; there’s an element of being spiritual but not religious which is disproportionate to what we see in other regions.”

Block has also maintained a strong interest in understanding the role of women and the history of the family in relation to religion and irreligion. Her book explores various questions around this subject matter, which is a topic not typically explored despite its importance to the cultural fabric of society. She explored questions like: What did it mean to raise children without religion? How, historically, has religion and irreligion taken shape within families? How did religion and non-religion, or being from a family of nonbelievers, impact families over time?

“I wanted to understand how secular mothers, in particular, navigated the cultural norms of a society that privileged religious belief, and that emphasized the centrality of mothers to the passing on of belief systems within families. What challenges and anxieties did mothers and families face when trying to make sure their child fit in, while choosing to stay away from religion themselves?”

As she studied and uncovered the impact of non-religion on families in the postwar Pacific Northwest, Block also discovered that place mattered in terms of religion and irreligion.

“Where you live impacts your experiences, your identities, your decisions and many other facets of life. Over time, BC and the wider Pacific Northwest has developed an identity of being non-traditional; a place where it has become culturally normative and accepted to not be religious or to be outside of religious institutions. This region has been defined and imagined as independent and individualistic, which reinforces its secular culture and identity.”

Much of Block’s archival research has consisted of accessing and reviewing church records, which contain a plethora of data related to her core questions about irreligion in the postwar Pacific Northwest. “I explored whether the churches saw this geographic area as a concern- and they did,” says Block. “Churches knew this was a more secular region than others and were consistently tracking what that looked like.”

Block’s goal is to contribute to the conversations in her discipline nationally and provincially, and she notes that the research office at TRU has been a huge supporter of her work while also helping her to find and secure external funding.

“I love TRU and I’ve always felt very supported in my research program. I appreciate that there’s always funding to apply for - it’s nice to see TRU’s research profile growing. Funding provided by SSHRC and by the TRU Research Office have been very important in supporting my research.”

“I think there are many opportunities to grow and innovate at TRU – perhaps even more opportunities than at the more established institutions; I love Kamloops and feel really lucky to be here and to get to work and live here.”

Block is now looking at the rise of unbelief in Canada since the 1960s, and is focused on the lives and experiences of those who lived their lives “as if there is no God”.

So far, Block has conducted 90 interviews in Kamloops, Vancouver, Sudbury and Toronto - two small cities and two large cities in Canada. Her goal is to expand into the Prairies and Atlantic Canada, and to eventually write another book on the social history of unbelief in postwar Canada. Block has primarily located interviewees through a surprisingly simple and traditional method: newspaper ads.

“People are responsive when given the opportunity to tell their life stories,” says Block. “So far, many of the interviewees tell rather similar stories: they went to church with their family growing up and then stopped going as a teenager. Then, gradually over the years, they realized that they don't really believe in God for themselves,” says Block. “My goal with this research on the social history of unbelief is to shed light on the lives and experiences of unbelievers between the 1960s and 1980s, which requires talking with people and listening to their memories. This is a history about which we know very little.”

Block is interested in exploring how the experiences of ordinary unbelievers were shaped by class, gender, race, and family.

“As a social historian I’m interested in understanding the lives of ordinary people - how people worked and played and engaged in family relations and friendships. How did unbelief fit into that - or did it? Was unbelief something that became significant only at certain points in people's lives? How important was unbelief in the day-to-day lives of individuals?”. A review of current statistics and census data indicates a continual decline of religious belief in Canada, with the proportion of Canadians saying they have no religion continuing to rise. “Understanding the historical development of irreligion should give us some insight into the present context,” says Block.

As Co-director of the International Society for Historians of Atheism, Secularism and Humanism (ISHASH), Block has begun to establish connections with various scholars and historians in other countries who are addressing similar questions. “There’s a growing number of historians who are interested in these questions in Canada and internationally,” said Block.

As irreligion and unbelief continue to rise, it is important to understand the historical roots and development of this growing trend. Block’s research on the social history of unbelief in Canada will provide new insights into what it means when a culture is losing its religion.