In 2018 a University of Windsor-based Animal and Interpersonal Abuse Research Group study found that 89 percent of women living in shelters owned pets that had been abused or mistreated at the hands of their partners. Of that shocking statistic, it was found that 54 percent of those women actively delayed leaving their abuser out of concern for the welfare of their animals. 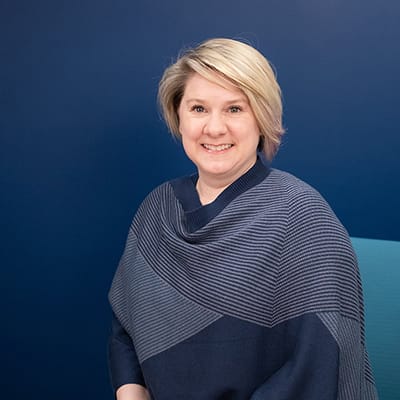 At great personal cost, women are standing in the gap between abuser and abused to ensure that the voiceless members of their family have an advocate.

Rochelle Stevenson (criminologist, recent phd graduate and assistant professor of sociology and anthropology) was a member of the research group that made those findings. Stevenson is a new acquisition for the Arts department at Thompson Rivers University and is helping to lead the way to change for abused women and animals in Canada.

“Over half of abused women with pets did not flee their situation out of fear for their animals,” explains Stevenson. “Those are very startling statistics. We need to know the root of why people are cruel to animals, and also why animal cruelty and domestic abuse are so closely linked, so that we can find how to stop it.”

After a number of disturbing, high-profile cases of animal cruelty came to light in her community, Stevenson felt compelled to discover why people abuse animals, prompting her return to post-secondary education as a mature student in the field of criminology. As she explored the root causes of animal mistreatment she discovered the prevalence of women who remain in abusive situations because of their legitimate fear for the lives of their animals.

“During my undergraduate education at the University of Ottawa I stumbled across the intersection between intimate partner violence and animal maltreatment,” expounds Stevenson. “The statistics demonstrating that women don’t leave domestic violence because they’re afraid for their animals galvanized my research trajectory and I haven’t slowed down in pursuing understanding and change ever since.”

Stevenson recognized that the important bond between a woman living with domestic violence and her pet can often be the last positive and loving relationship remaining in her life. That fact raises the question, “Shouldn’t there be an alternative so that women don’t have to choose between living in abuse and knowingly risking the life of a beloved companion by leaving it behind?”

“This issue had not been widely discussed when I first came upon it, and it was shocking to me,” says Stevenson. “I started asking myself, ‘If women aren’t leaving because of their animals, why don’t we have more resources in the community so leaving with them is possible?’ For me it’s about making sure that the animals and the women get out of those relationships safely; because if the animals are being left behind it often does not end well.”

As she narrowed her focus, one of the things that Stevenson found particularly upsetting in the available literature was that animals were seen as a tool of the abuser without recognizing that the pets were also living beings suffering maltreatment.

“I decided I wanted to put a lot of my focus and energy into trying to break down the divide between the animal as a weapon of the abuser and the animal as a victim in their own right. That includes advocating for more Safe Pet programs to be available at domestic violence shelters so that pets can also be safely removed from an abusive situation. Animals play a very important role in the lives of the abused and are another way for an abuser to maintain control over women and their children; but they are also victims who deserve protection.”

Stevenson has heard the stories of women who are making the safest choice available to them, but have very few options: women living in their cars with their animals because they fear for their lives but can’t keep them in a shelter, women who stay in violent relationships until a pet passes away, women in rural communities where larger animals are not only important for companionship but also for livelihood and financial security, and more.

Those stories caused Stevenson to look at the entire landscape of the problem and examine the unique challenges that each woman faces with her pet and how to create a way out.

“Ten years ago I did a study where I called 130 domestic violence shelters in Western Canada,” expands Stevenson. “Almost everyone I talked to knew about the intersection between intimate partner violence and animal abuse, and had often seen evidence of it, but only a very small proportion of them had anything in place to deal with the problem; there was no particular program.”

Through that study, Stevenson also determined that upon potential intake absolutely no shelters asked about pets during standard procedure, meaning that a significant factor for whether women leave a dangerous situation or not was being overlooked.

“Shelters have always been for women and children, so pets weren’t mentioned on websites, marketing materials or even in person,” explains Stevenson. “Because there’s already so much stigma involved in calling a shelter, women were hesitant to introduce animals into the conversation, so shelter workers are the best placed people to ask the question about pets. That simple act can empower women by stopping the cycle of assumption that can prevent a woman from getting the help she needs.”

Upon completion of her PhD from the University of Windsor, Stevenson jumped at the opportunity to join the Faculty of Arts at TRU while continuing her research. She was attracted by the merits that TRU had to offer a researcher who was looking to improve the lives of people living in the community, while also appreciating TRU’s forward-thinking connection to community and strong support of both researching faculty members and students.

Through her research Stevenson is now helping to develop a system of customizable models of best practices for Safe Pet programs that can be accommodated at shelters across Canada. Together with other colleagues in her field, Stevenson aims to roll out a comprehensive, national survey that will lead to policy change and ultimately provide options that will allow every region to find something that works to safely extract a family from violence intact.

Stevenson explains further, “The most important thing, from my perspective, is having a solution in place that can allow all family members to get out of that situation safely, and that includes pets. On-site programs are not feasible for every agency, so there needs to be a variety of options to choose from: a foster pet network, some SPCAs can provide temporary support, a pet-friendly hotel, designated floors for families with pets, etc. that will ensure every shelter has some kind of program.”

Stevenson has found that awareness and systems changes are successfully happening because of research like hers, which is the “heartening” success that drives her even during her most difficult or discouraging days.

Recently Stevenson and her research group received a grant that made it possible to conduct a census of all domestic violence service agencies and shelters across Canada and the USA. After calling 2,262 shelters they compiled data that demonstrated a drastic increase in the number of shelters that are now routinely asking about pets when women call, as well as including pets in intake forms and safety planning; thus beginning to remove a large barrier for women fleeing domestic violence.

“We’re making a difference with the research we’re doing,” says Stevenson, “the information is getting to the people who need it so that changes can be made. Survivors share with me the deep grief and helplessness they experience when they cannot save their pets and it’s a good reminder that there’s a person on the other side of every statistic.”

Through her research, Stevenson has also discovered another missing piece of the conversation when it comes to the people behind the statistics: the men committing the abuse. In the pursuit of her PhD, Stevenson interviewed incarcerated men who had been extremely violent toward or killed their partners, while exploring the conflict they also had with their animals.

“One of the reasons I went into this field in my graduate work was because I recognized that almost all of the research and literature was focused on the survivors,” says Stevenson. “While that’s an essential part of the conversation it’s also only one part. If we want to stop this kind of abuse we have to talk to the people who are doing the abusing.”

Stevenson discovered that the men in these situations are often more attached to their animals than they are to their partners or children, but that control over the animals becomes a big piece of the power held in the relationship; unfortunately it’s often difficult to find violent men who will discuss the harm they have done to their partners, children and pets which makes this part of the work particularly challenging.

“Most of the men I talked to had positive relationships with their animals,” says Stevenson. “Even in jail there’s a huge stigma around abusing anyone weaker; in prison people who abuse animals, women and children are at the absolute bottom of the hierarchy. No one wants to come forward and admit or expose that they may have engaged in that behaviour, so in a lot of ways animal cruelty is very hard to research because it is such a covert crime.”

In an effort to understand the hidden root of this problem, Stevenson articulates that given the opportunity to conduct her ideal project she would take a two-pronged approach with a comparative study of women, in both shelters and the community, to discover what they need to safely extract their entire family from a violent home, while also speaking to men who have demonstrated abuse to find out what they need to be nonviolent.

“I would also like to see a more open approach because men who have been victimized in this same way have been a substantially understudied segment of the population. Many of the men I have spoken with have shared their stories of abuse too, and we need to look at resources for men who have also been victimized. I would create a tool kit to ensure there are supports in place for everybody who is experiencing violence, regardless of gender or sexual orientation, so that we can break the cycle and help people have healthy relationships. We can never get away from conflict, that’s a normal part of life, but we can get away from violence, and that’s my goal.”

At the end of her career Stevenson hopes that people will say that she was a loud voice for those that didn’t have one of their own; a voice that spoke the truth, advocated for safety, security and healing, and a person who helped catalyze the change that stops violence and saves lives.

A worthy calling for a lifetime of research, indeed.