This is the story of how one person's passion can make a difference.

Scott started taking Spanish at TRU in Fall 2009. As an award-winning science student with excellent computer skills, he began making, for his own use, an Excel program to learn the vocabulary for his class.

One day, in a casual conversation, he told one of the Modern Languages instructors about his program and was encouraged to make it accessible to others.

One year and 1300 hours later, Scott had developed his program into an amazing tool now available on Moodle and in our language lab to all TRU students of French, Japanese, and Spanish. He had also created an English version now being used in several TRU ESAL classes.

Scott's passion translated into a work ethic that saw him spending long days to perfect his program. But burning the midnight oil at his computer was not the only component to creating a winning program. Consulting with Lincoln Smith, Director of University-Industry Liaison, Innovation and Enterprise Creation in the Research Office, Scott gained valuable advice about producing a marketable product. He sought advice from copyright lawyers, computer development experts and others in the field. Working out of the Kamloops Innovation Centre, he is now ready to take his project to the next level by turning it into a web-based program, accessible to all. 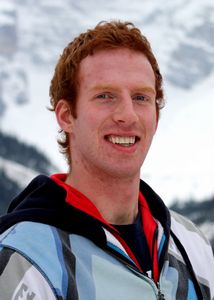