Jon Festinger, Q.C. is a Vancouver, British Columbia based counsel and educator. A Faculty member at the Centre for Digital Media, Professor Festinger has taught a wide variety of law courses relating to intellectual property, communications, journalism, sports and business over more then 25 years. He is the author of the first edition of "Video Game Law" published by LexisNexis in 2005, and co-author of the second edition published in 2012. Professor Festinger is a graduate of McGill University's Faculty of Law. While at McGill, Professor Festinger was awarded a University Entrance Scholarship and a Scarlet Key (awarded to outstanding students who have demonstrated distinction and leadership). He was also a Director of the McGill Legal Aid Clinic.

Professor Festinger began his legal career in private practice with an emphasis on matters relating to freedom of expression. In turn, he became a partner in the Vancouver firm of Owen Bird, General Counsel of WIC (Western International Communications) Ltd., Senior Vice President of the CTV Television Network and Executive Vice President, Business & General Counsel of the Vancouver Canucks and GM Place. While at CTV he helped launch VTV (Vancouver Television) and was the station's first General Manager.

Professor Festinger was National Chair of the Canadian Bar Association's Media and Communications Law Section between 1993 and 1995. From 1990 to 1995, he was an Advisory Board Member of the Media and Communications Law Review published by Carswell. Professor Festinger was also a member of the "Working Group on Canadian Programming and Private Television" convened by the Minister of Canadian Heritage. The Working Group authored The Future of Canadian Programming and the Role of Private Television: Keeping Canada on the Information Highway in 1995.

Professor Festinger was a Director of the British Columbia Association of Broadcasters between 1997 and 2000. At various times, Professor Festinger has also been appointed to mandatory independent positions required of licensees by Canada's broadcast regulator (the C.R.T.C.). These have included Independent Member of the Programming Committee for Telus TV (2003/04 and 2006/07) and as a Member of the CTV Inc. Independent Monitoring Committee to review complaints regarding the independence of CTV's journalism (2002 – 2004).

Professor Festinger is frequently invited to speak, lecture and present in academic and professional development contexts. His current research interests relate to the impact of law and regulation on creative endeavor; digital ethics; corporate ethics; and the relationships between concepts of justice and memes of technology. He is also actively committed to open and distance education through the web.

Professor Festinger practices law and consults through Festinger Law & Strategy. He is currently Vice Chair of Ronald McDonald House British Columbia, as well as a Director of City Opera Vancouver, the eatART Foundation and the Simon Fraser University Foundation. In the past, he has been a Director (or Trustee) of the Jack Webster Foundation, the Vancouver Board of Trade, the CKNW Orphans Fund and Canadian Women in Communications (C.W.C.). 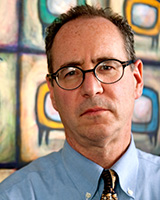