Professor Schabus earned her business and law degrees from the University of Vienna, while also studying at the Universities of Sydney and Ottawa. She earned a prestigious scholarship from the Austrian Academy of Sciences and many other scholarships for her ongoing research. She was part of the European Union funded project on multicultural autonomy: a necessary condition for sustainable development in Latin America, bringing together researchers and universities from across Europe and Latin America.

She has worked for Indigenous Peoples in Latin America and across Canada, especially in the Interior of British Columbia and along the main stem of the Fraser River.

Nicole has been practising law in British Columbia for over 10 years, in the fields of constitutional, criminal, Aboriginal and environmental law. She represented Indigenous Peoples, including in the Cohen Commission on the Decline of the Fraser River Sockeye Salmon and recently as part of the legal team for the Union of BC Indian Chiefs, Secwepemc and Okanagan Intervenors in the Tŝilhqot'in case before the Supreme Court of Canada. Her combination of academic and professional work have led to invitations to present papers and speak at numerous conferences in a number of countries.

Professor Schabus also reports on and academically analyzes international environmental negotiations, mainly under the Convention on Biological Diversity, especially relating to indigenous traditional knowledge and access to genetic resources and benefit-sharing. Together with Prof. Dagne she is working on a SSHRC funded research project on "Community Participation in the Utilization of Biodiversity and Traditional Knowledge: Indigenous Peoples' Control over Access to Biodiversity and Traditional Knowledge in Indigenous Territories in the Interior of British Columbia".

Nicole has also assisted with the preparation of submissions to numerous UN Human Rights bodies for organizations with consultative status before the United Nations. She drafted amicus curiae submissions for Indigenous Peoples that were accepted by with World Trade Organization and NAFTA international trade tribunals. She continues to volunteer for many indigenous organizations and foundations. 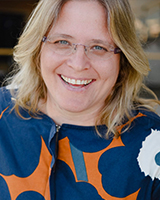