Professor Sykes’s main research area is animal law. She also writes and researches on innovation in law and the future of the legal profession.

Professor Sykes obtained a JD from the University of Toronto Faculty of Law in 2002, graduating as the gold medallist. She was a law clerk to Hon. Justice Louis LeBel of the Supreme Court of Canada in 2002-2003, and then attended Harvard Law School as a Frank Knox Scholar, graduating with an LLM in 2004. She also holds an LLM and a PhD from the Schulich School of Law at Dalhousie. Her PhD research focused on the relationship between international trade law and global animal law. From 2004 to 2010, she was an associate in the New York office of Cleary Gottlieb Steen & Hamilton LLP, a leading international business law firm.

Professor Sykes developed the first course at a Canadian law school in which students design and build legal apps to help members of the public with their legal problems: Designing Legal Expert Systems (Apps for Access to Justice), delivered in collaboration with legal tech firm Neota Logic.

Professor Sykes is currently leading a major research project on the Civil Resolution Tribunal, British Columbia's online court, funded by an Insight Development Grant from the Social Sciences and Humanities Research Council of Canada. Learn more about the project here.

Professor Sykes teaches Tort Law in the first-year curriculum. In the upper year curriculum, the courses she has taught include Animals and the Law, Designing Legal Expert Systems (Apps for Access to Justice), and Corporate Governance. 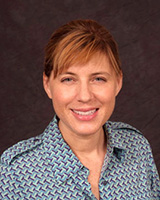