Prior to joining TRU Law in 2012, Dr. Hunt obtained his LLB from Robson Hall, graduating first in his class, and his LLM and PhD from Cambridge University. He clerked at the Supreme Court of British Columbia and practiced commercial litigation at Clark Wilson LLP in Vancouver. While at TRU Law, Dr. Hunt has been twice awarded the Teaching Excellence Prize by the Student Law Society (2012-13; 2013-4), and in 2019 he received the University wide Faculty Excellence Award in recognition of “outstanding teaching contributions”. In 2018, he received the President’s Award for Excellence in Scholarship.

Dr. Hunt’s primary research interest concerns the law of privacy, especially in the tort context. His privacy scholarship has been cited by the Supreme Court of Canada and in Law Reform Commission reports in Australia, New Zealand, Ontario, and the European Parliament. In 2013, he received the David Watson Prize from Queen’s Faculty of Law for two articles making the “most significant contribution to legal scholarship” that year. His privacy scholarship has appeared in the Cambridge Law Journal, Oxford University Commonwealth Law Journal, Oxford University Comparative Law Forum, McGill Law Journal, Queen’s Law Journal, the Alberta Law Review, and the Supreme Court Law Review.

Dr. Hunt also writes about developments in the law of evidence, and has published several papers in the International Journal of Evidence & Proof and Oxford University Commonwealth Law Journal, and recently edited a book titled Perspectives on Evidentiary Privileges (Toronto: Thomson Reuters, 2019). His evidence scholarship has been cited by the Court of Appeal for Ontario.

Along with Professors Robert Diab (TRU Law) and Lorne Neudorf (University of Adelaide), Dr. Hunt is Founder and Editor-in-Chief of the Canadian Journal of Comparative and Contemporary Law, a thematic academic law review housed at TRU Law that publishes scholarly essays annually concentrating on a different legal topic.

Quoted by the Australian Law Reform Commission Final Report on 'Serious Invasions of Privacy in the Digital Era', June 2014, at para. 5.27

Edited Collections of the CJCCL 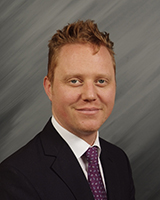