Robert’s research interests are in civil liberties and human rights and in social and political facets of core rights and freedoms.

Called to the bar in 2002, Robert practiced criminal and administrative law in Vancouver before completing a PhD in law at UBC exploring issues in national security in Canada and the United States. He is the author of Guantanamo North (Fernwood, 2008) and The Harbinger Theory: How the Post-9/11 Emergency Became Permanent and the Case for Reform (Oxford University Press, 2015).

In 2014, Robert co-founded the Canadian Journal of Comparative and Contemporary Law (cjccl.ca) and has co-edited eight volumes of the journal on such topics as digital privacy, the rule of law, and democratic decay.

Robert’s recent work explores issues relating to core rights in a range of areas, including law enforcement demands for back doors to encryption, internet governance and free speech, and liberty and security of the person in the opioid crisis and in mental health law.

He is now writing a book on search and seizure for Irwin Law. His publications can be found below and at ssrn.com. 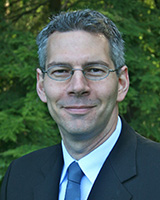