Craig Jones graduated from UBC’s law school in 1998 and was called to the Bar of British Columbia the following year. In 2002, he earned a Master’s degree from Harvard Law School.

Prior to joining the Faculty of Law, Professor Jones served as the Supervising Counsel of the Constitutional & Administrative Law Group in the BC Ministry of Justice. He appeared as lead counsel in a number of significant constitutional cases including PHS v. Canada (the Insite safe-injection site appeal), the Polygamy Reference, the Election Act challenge, the Missing Women Commission of Inquiry, and the “Occupy Vancouver” courthouse-access case. He successfully defended the authority of the Braidwood Inquiry into the YVR Airport death of Polish immigrant Robert Dziekanski against court challenges by Taser International and four RCMP officers involved.

Before joining government, he was a partner at a large Vancouver firm, and was on the team that defended against constitutional challenges to BC’s Tobacco Damages and Health Care Costs Recovery Act, culminating in a landmark win at the Supreme Court of Canada in British Columbia v. Imperial Tobacco. In this period, he also served as counsel to Thomas Berger, O.C., Q.C. in the 2004 Vancouver Electoral Reform Commission and the Nunavut Land Claims Conciliation in 2005-6, and assisted in the preparation of Mr. Berger’s reports. Professor Jones retains a consultation and litigation practice as Associate Counsel at a Vancouver litigation firm, and is presently counsel on several class action and public law cases. He also represents TRU Law Students, pro bono, in Law Society credentials hearings.

Professor Jones’s books include Theory of Class Actions (shortlisted for the Walter Owen Book Prize), and The Law of Large-Scale Claims (co-authored with Jamie Cassels, K.C.). He has written dozens of articles in leading journals, and is a frequent guest lecturer at law schools and conferences across the country. Professor Jones’s current research focuses on the psychology of advocacy and judging, and he is the author of “The Troubling New Science of Legal Persuasion: Heuristics and Biases in Judicial Decision Making"”, published in the Advocates’ Quarterly. He is currently working on a study of racial bias in administrative tribunal decisions.

Professor Jones has served on the boards of the BC Civil Liberties Association (including two terms as president), the PIVOT Legal Society, and Habitat for Humanity Kamloops. He was recognized by TRU as a distinguished alumnus in 2008, and, in 2011, he was appointed Queen’s Counsel in recognition of “exceptional merit and contribution to the practice of law." In 2021 he was honoured with an Award of Excellence by the TRU Students' Union in recognition of his advocacy on behalf of students within the University and before other bodies.

After coming to TRU, Professor Jones continued to practice before the Courts of British Columbia and Canada. In 2020 he was a member of the Attorney General's advisory committee on Covid-19 response. Recently, his clients have included First Nations and government bodies.  He has also represented TRU Law Students in Law Society credentials hearings, and has also been pro-bono counsel in several Human Rights Tribunal cases.

In 2022 Professor Jones was retained by the Attorney General as General Counsel to the Premier.  He will continue on the Faculty of TRU Law in a reduced capacity for the duration of that service.

Professor Jones lives in the Barnhartvale area of Kamloops with his family and an array of animals. He teaches Constitutional Law in the first-year curriculum and courses in Advanced Advocacy and Class Actions in the upper-years. 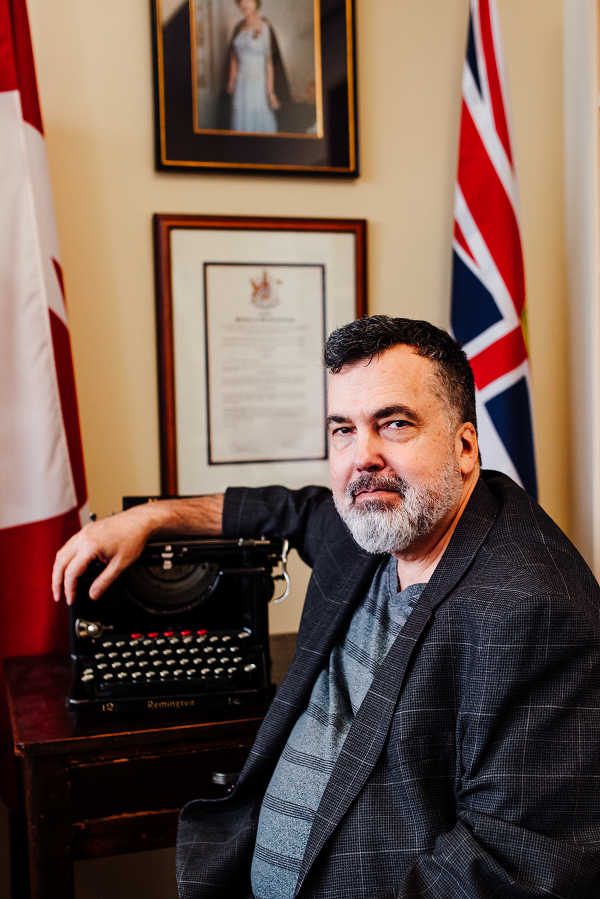