Professor Morse was Dean of Law at the Faculty of Law, Thompson Rivers University, from 2015-2019, after serving as Dean and Professor of Law from September 2009 until December 2014 at the University of Waikato, New Zealand when he joined TRU Law.

Brad remains as an Honorary Professor of Law at Te Piringa - Faculty of Law, University of Waikato, New Zealand, and is an Adjunct Professor at Westfälische Wilhelms-Universität Münster - University of Münster.

Professor Morse is Professor Emeritus and was previously Professor of Law, in the Faculty of Law, Common Law Section at the University of Ottawa where he served in the past as Vice-Dean and Director of Graduate Studies, among a variety of other administrative duties since joining that Faculty in 1976. He has taught a wide variety of courses concerning Canadian and comparative Indigenous law issues, as well as labour law, trusts, property, and civil liberties, among others. His career includes appointments as Executive Director of the Native Legal Task Force of British Columbia (1974-75); Research Director of the Aboriginal Justice Inquiry of Manitoba (1988-91); and Chief of Staff to the Hon. Ronald A. Irwin, Canadian Minister of Indian Affairs and Northern Development (1993-1996).

He has served as legal advisor to many First Nations in Canada as well as national and regional Aboriginal organizations since 1977 in a broad range of constitutional, land claim, governance, economic and treaty issues. He was General Counsel to the Native Council of Canada from 1984-93 during which time he was directly involved in the First Ministers Constitutional Conference Process (1984-87), Meech Lake Accord Constitutional proposals (1987-90) and Charlottetown Constitutional Accord proposals (1990-92). He was previously advising the Association of Iroquois and Allied Indians during the development of the Canadian Constitution Act, 1982 (1979-82).

Professor Morse has been a consultant to various royal commissions, government departments and Indigenous peoples' organizations in Canada, Australia and New Zealand (including the Law Reform Commission of Canada, , the Royal Commission on Aboriginal Peoples, the Australian Law Reform Commission the Truth and Reconciliation Commission and the Waitangi Tribunal of Aotearoa New Zealand) and as a Chief Federal Negotiator on several land claims and treaty issues in Canada. He has been a visiting scholar to a number of law schools over his career, including the Universities of New South Wales, Auckland, Melbourne, Queensland, Monash, Hong Kong, and Victoria University of Wellington, as well as Senior Fulbright Scholar at the Native American Legal Research Center at Oklahoma City University. He has authored well over 100 articles, books, book chapters and commission reports.

He currently teaches the Law of Property, Trusts and Comparative and International Indigenous Rights (which includes other universities in the US, Australia and New Zealand).

He currently serves as an elected Director of the Elected director, Vancouver International Arbitration Centre (formerly called the British Columbia International and Commercial Arbitration Centre] (2015 - present); the Canadian Institute for the Administration of Justice/L’Institut canadien d’administration de la justice; Director and Vice-President for British Columbia (2018-present); and Centre for Senior’s Information in Kamloops. 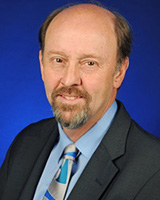