Stella Frame (she/her/hers) is a graduate of UVic Law School. She practiced litigation in Vancouver until December 2006, primarily in the areas of commercial and insolvency law. In December 2006, she was appointed to the Provincial Court of BC, sitting in Kamloops. She was the first woman to be appointed to that bench in Kamloops, but certainly was not the last. The appointment represented a return to her hometown. Stella now hears criminal, family, child protection and civil cases.

While having published some work in her past life as a lawyer, all of her published writings are now judgments and can be found on Canlii.org.

As a lawyer, Stella was involved in the creation of the BC CBA Woman Lawyers Forum which was the first in Canada. Involved in the CBA for many years, Stella contributed in various capacities such as chair of the Equality Committee and a member of provincial council. Stella was also a member of various other professional organizations, and manager or coach of a number of youth teams.

Stella is addressed as the Honourable Judge Frame (or her Honour) in her professional capacity but prefers Ms. Frame or just Stella in her other life — including as a sessional instructor. 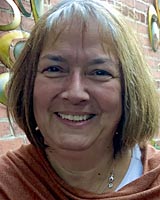