A network of individuals with expertise or lived experience in areas of possible relevance who are willing to contribute their insights on request. 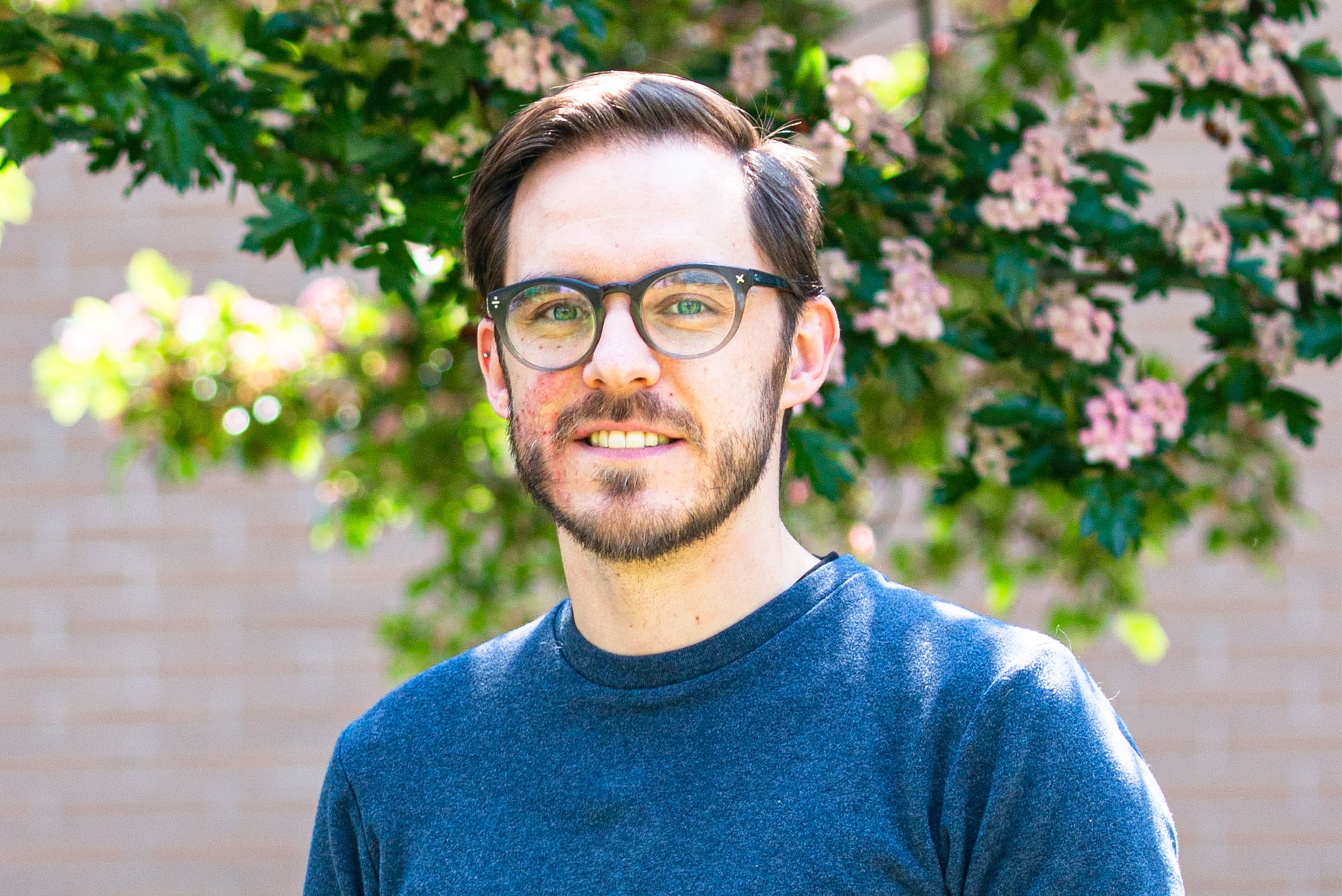 Alex McLellan is the University Governance Coordinator for the TRU Students’ Union. In this role, he has developed and resources a system of recruitment, training, and support for student representatives in university decision-making - the Student Caucus. The Student Caucus is founded on the belief that students should be authors in their own education, and delivers opportunities for students to grow through meaningful service to their university. In everything it does, the Student Caucus builds community, and strives to be empowering, enriching, collaborative, and credible. Each year, Alex has the privilege to work with over fifty student leaders to realize their potential and make an impact through this program. In doing so, he has the further privilege of working with faculty, staff, and administration across campus, and has developed a comprehensive understanding and appreciation of our university governance system.

Alex was born and raised in the region, and was proud to complete his Bachelor of Arts (Sociology) at Thompson Rivers University. In his time as a student and staff, he has witnessed the entire transformation of our institution from the University College of the Cariboo to Thompson Rivers University. He made his own small contributions to this transformation as a student representative on the Board of Governors and various committees and now as a staff member. He is excited to continue doing so with our community as part of the Envision TRU process. 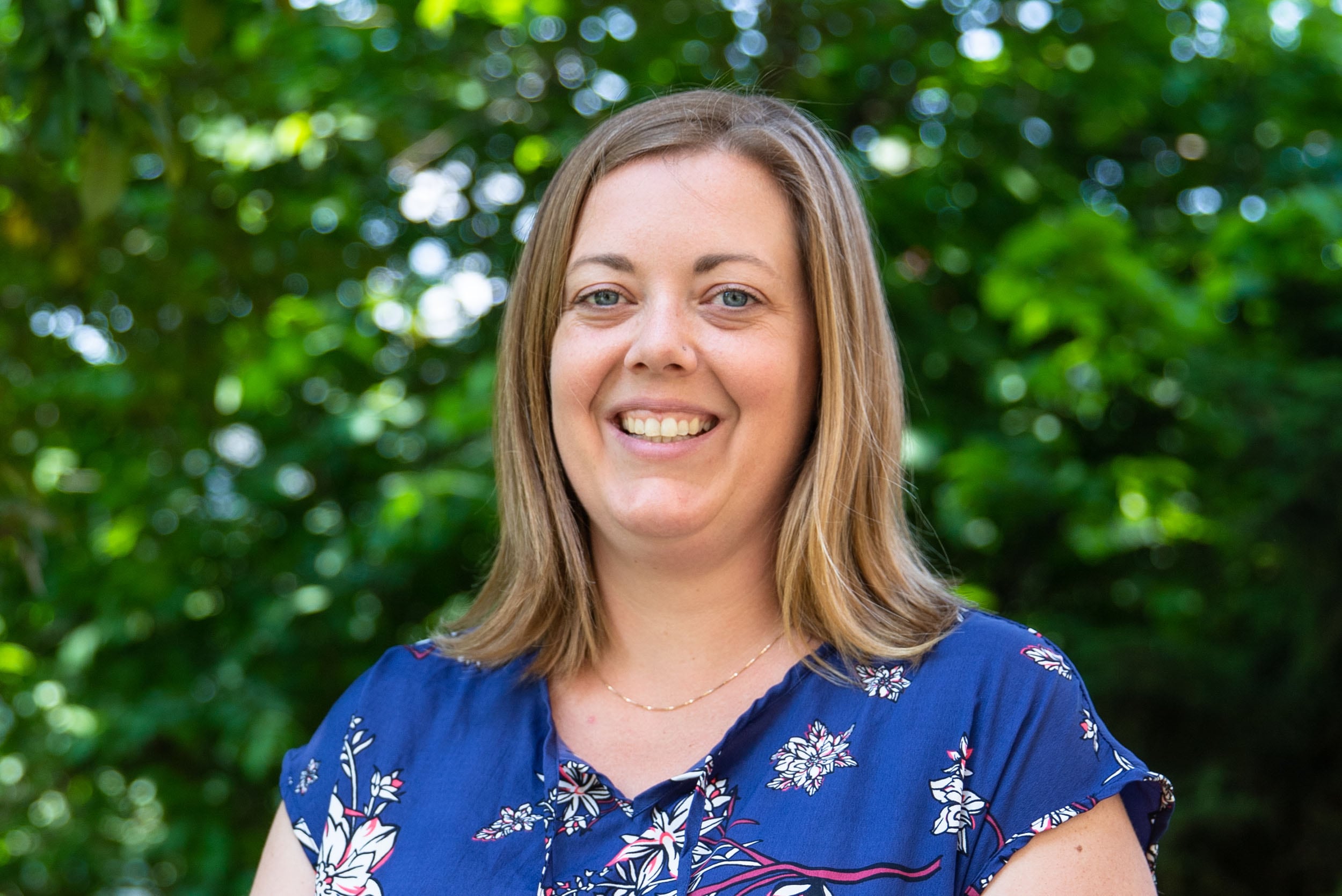 Amanda Ellison is a proud alumnus of Thompson Rivers University (TRU) having completed a Bachelor of Business Administration before embarking on a career in Human Resources. She has recently completed a Master of Arts in Conflict Analysis and Management from Royal Roads University (RRU).

Amanda is currently the Associate Director, Human Resources at TRU. She has over sixteen years in the field of Human Resources and brings this depth of experience and lessons learned as well as her passion for all things people and work related to her role here at TRU.

Amanda grew up in Kamloops and values deeply the connection between TRU and the surrounding community and on a more personal level, with her family. Her mom and spouse join her as proud alumnus and her children also aspire to a post-secondary education at the University and keep a close eye on the Wolfpack Baseball and Swimming teams! 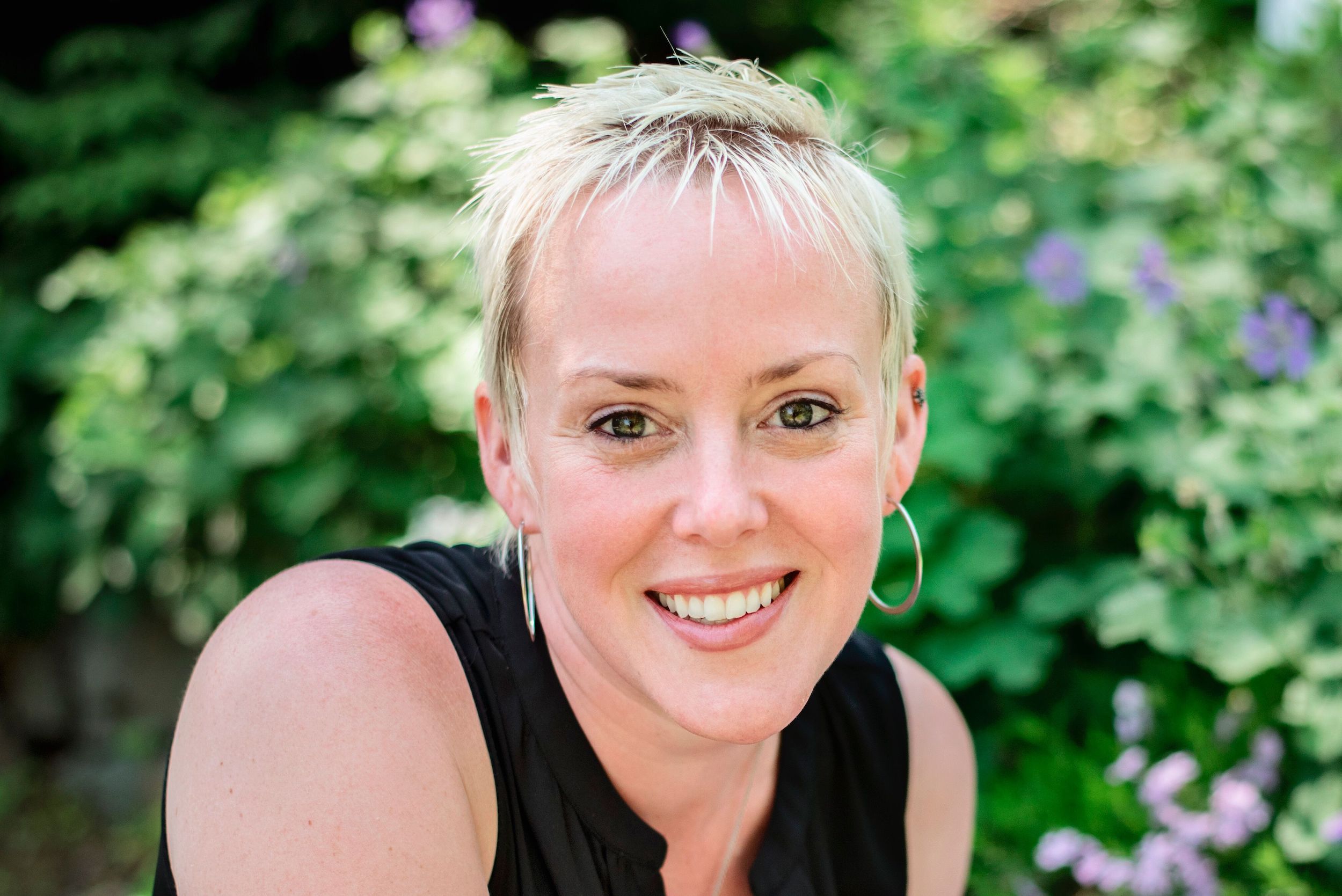 In her job as an Intercultural Coordinator at TRU, Amie works to foster intercultural understanding and engagement on campus and beyond. She sits on a wide range of committees; hosts intercultural workshops at the faculty, staff, and student levels; and is overseeing the launch of the Intercultural Ambassadors Peer Mentorship Program, among other things. She is a Thompson Rivers alumni who went on to receive her Ph.D. in Sociology from Simon Fraser University. Her dissertation examined the dynamics of colonialism, race, class, and gender in the BC-based long haul trucking industry, with a particular focus on gender inequality and power dynamics between South Asian and white settler drivers. She has previously published on Indigenous post-secondary education funding, the embedding of neo-colonial and neo-liberal imperatives in education and labour policies, and racialized politics of mobility and excretion. 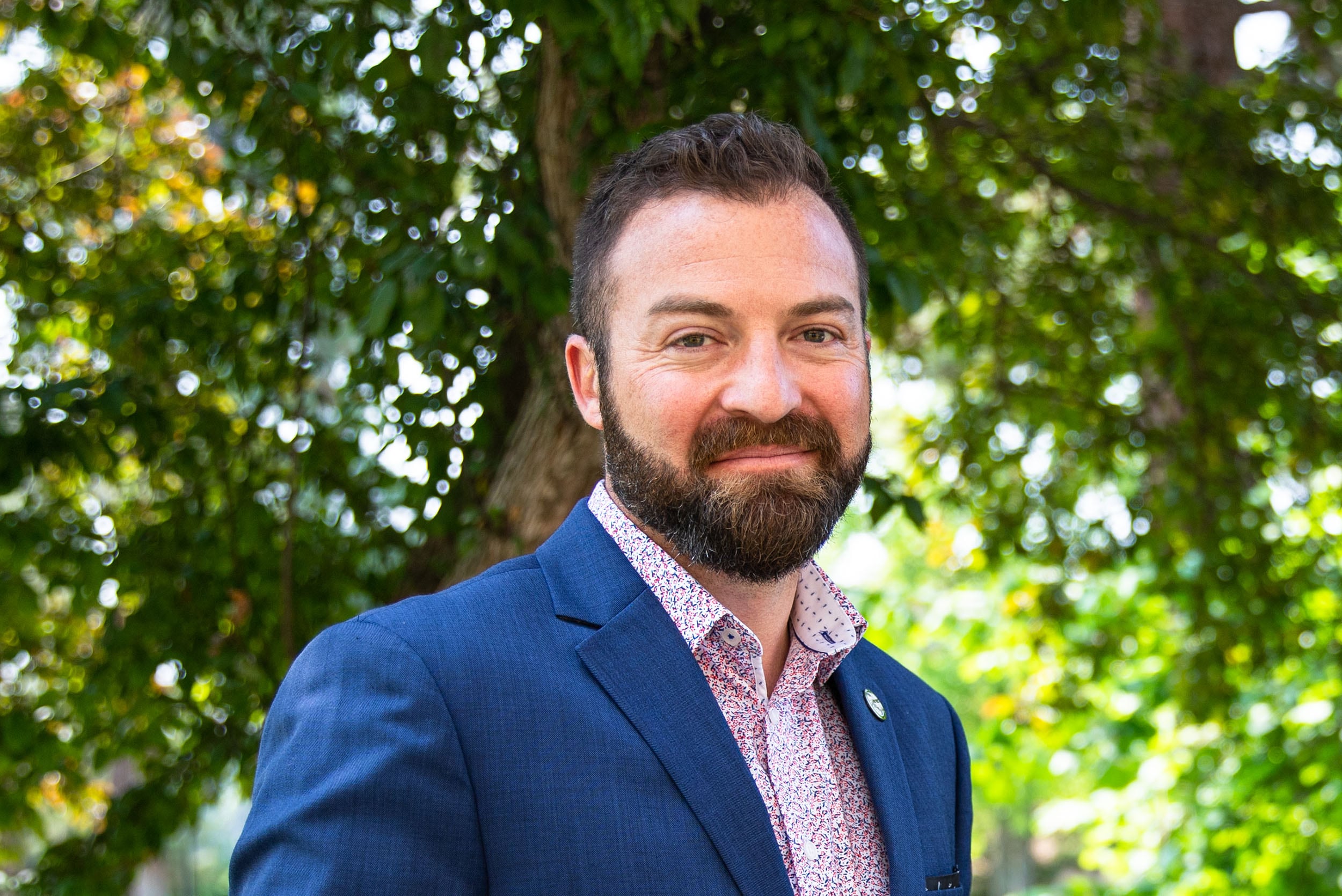 TRU alumnus Bradley Bostock has worked for more than 15 years in the non-profit sector in areas related to resource development, community collaboration and program innovation. As an individual with lived experience in the LGBTQ2S+ community, Bradley has worked locally, nationally and internationally to further human rights, diversity and inclusivity in sport and the arts. Bradley is a Director of Development with the Office of Advancement at TRU. 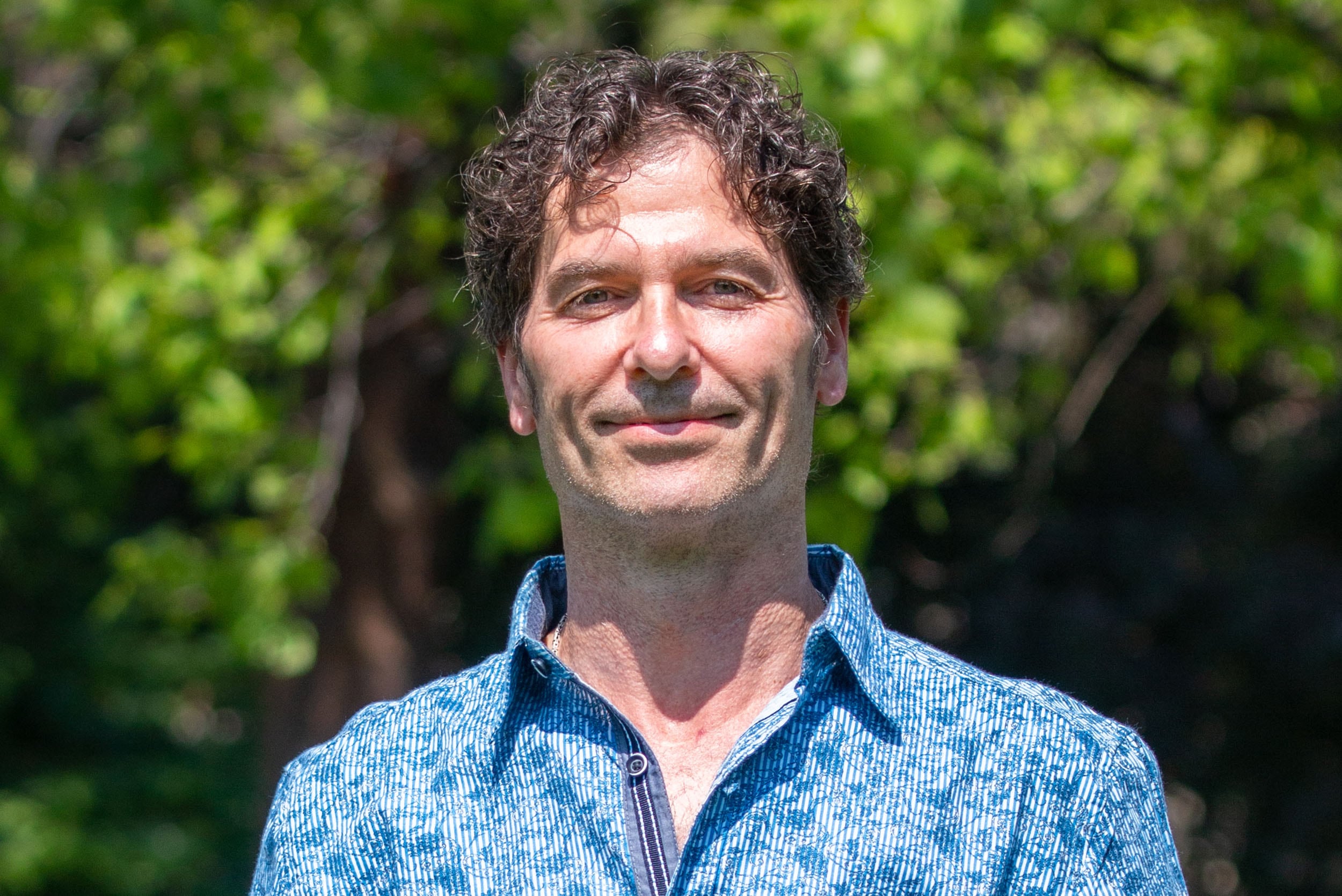 David Johnson is eighth generation Canadian and his family moved to Kamloops in 1972 from the North West coast of British Columbia. He is a Program Delivery Support Officer at Thompson Rivers University. His primary role is to provide services to over 240 Faculty Members who are located across the province of British Columbia and, acts as a liaise between students and TRU Open Learning Faculty - delivering distant learning to over 16,000 students. David has a bachelor’s degree in Business Administration from TRU. He is a committee member on the Diversity & Inclusion Committee at TRU. David has actively served as a leader with other leaders in the LGBTQ2S community in Kamloops for over 15 years. As an agent for social change, David advocates the importance of being inclusive in the workplace, and in the community of Kamloops, which acknowledges, respects, and celebrates all our differences. 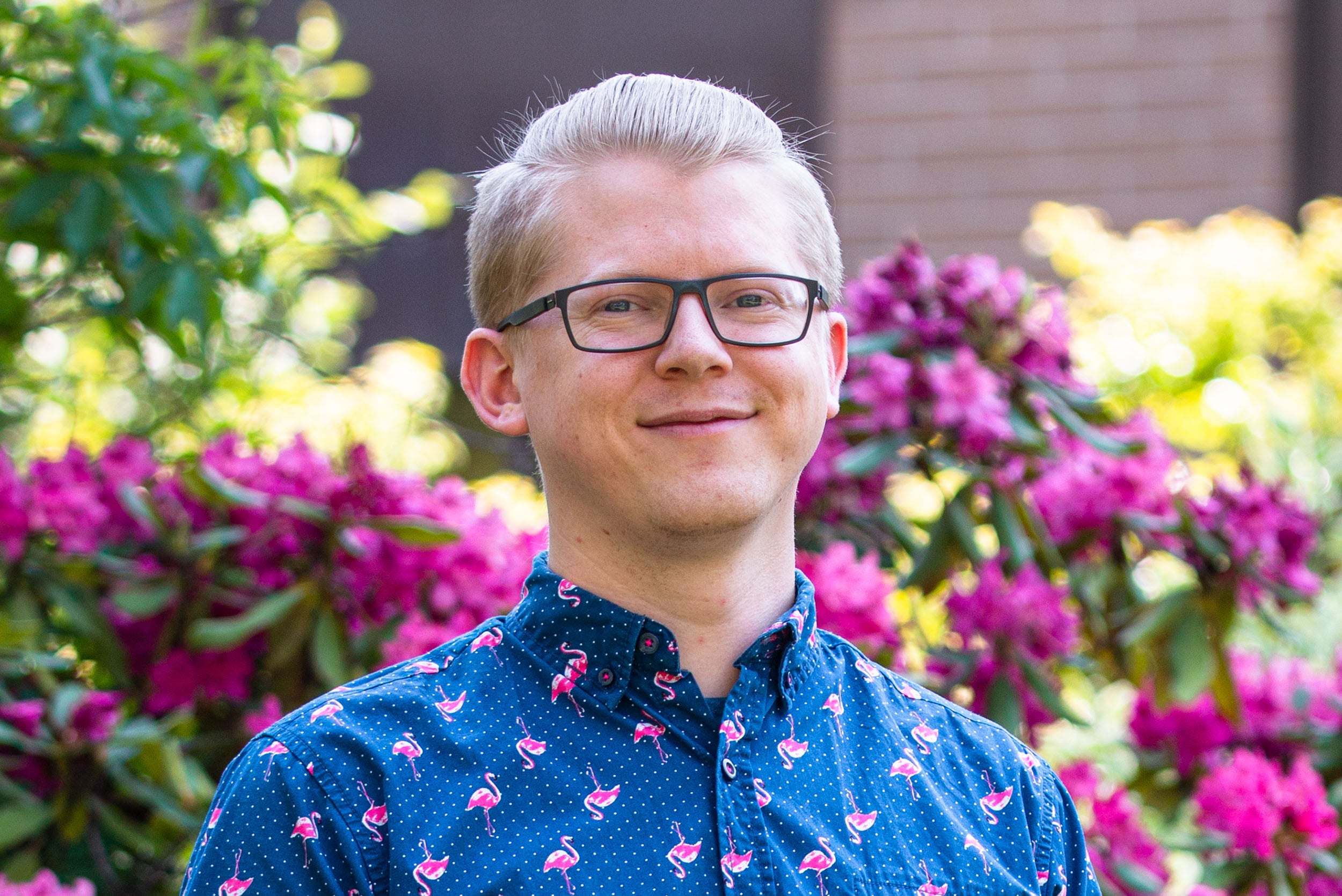 Dylan Robinson is the Equity Coordinator for the TRU Students’ Union and a proud member of the LGBTQ+ community. He oversees the equity initiatives of the Union, working to address the structural and systemic oppression of marginalized groups in society, and supports the Union’s Equity Committee who govern this work. Dylan has coordinated the foundation of many different equity initiatives for women, LGBTQ+, Indigenous, racialized, and other communities including: Kamloops’ first pride parade on campus, TRU’s first Trans inclusive washrooms, and the creation of TRU’s Multi-faith Prayer Space. Born and raised in Kamloops, Dylan is passionate about improving his community and building a future where everyone is treated with respect and dignity regardless of who you are, what you look like, or what you believe. 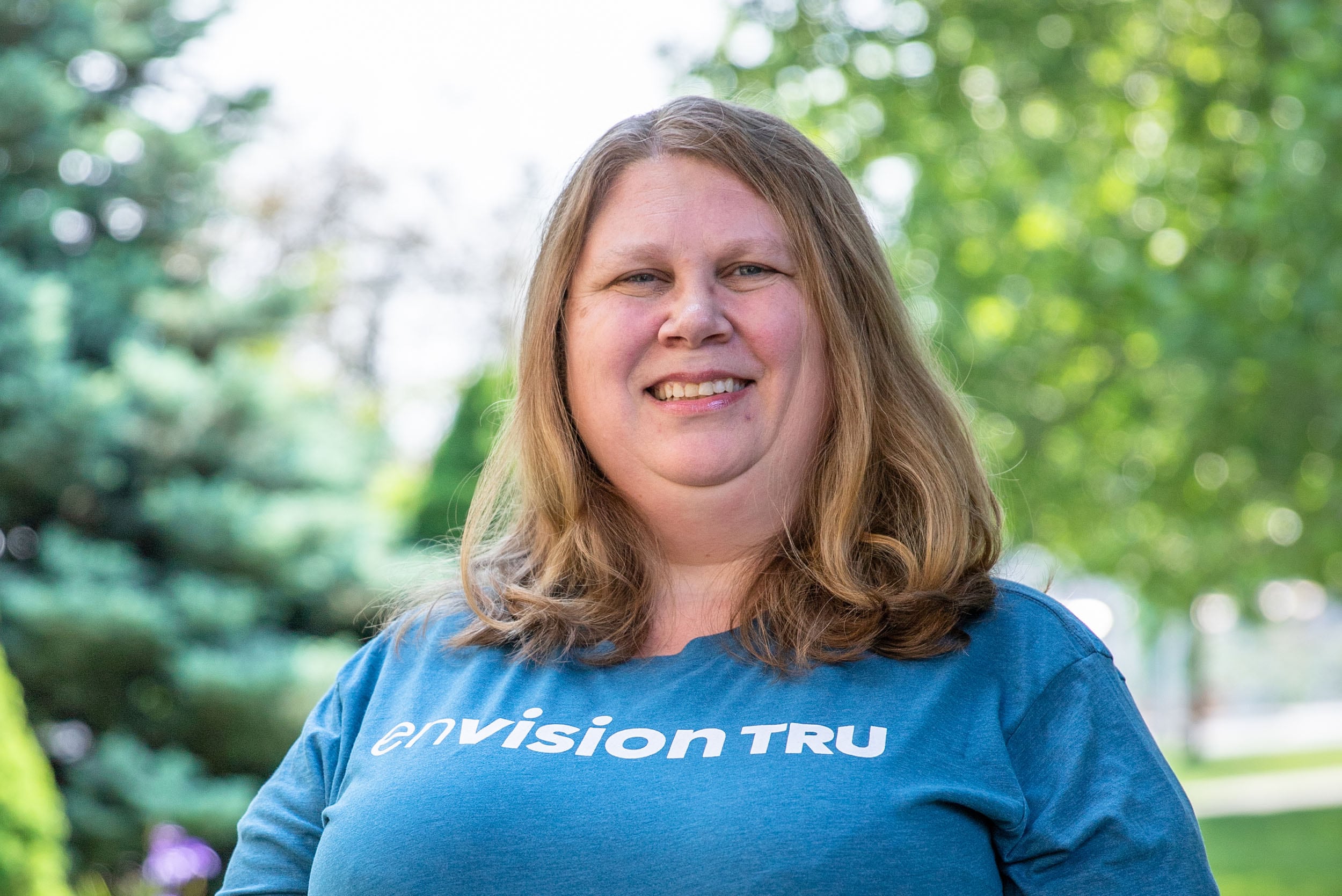 Student of Bachelor of Business Administration in Human Resource/Leadership
Biography

As a long term resident of Kamloops, I have watched this school grow from Cariboo College to become Thompson Rivers University, and I am excited to be a part of its continued growth. I started my educational path in 1992 but left after my 3rd year due to mental health issues. I am back to complete my BBA Degree in Human Resource/Leadership. I am currently participating on the Focus on First Year Committee as a student representative; as well, I serve on the Student Caucus and as a student representative on the School of Business and Economics Faculty Council. When not at school, I am a mother to children with special needs and a child in post-secondary. I have a wealth of lived experience, and educational knowledge, in various areas including the Bachelor of Business Administration Program/SoBE, post secondary accessibility for Neurodiverse Students, balancing life and school with a mental illness, being a mature student, and the Kamloops Community. 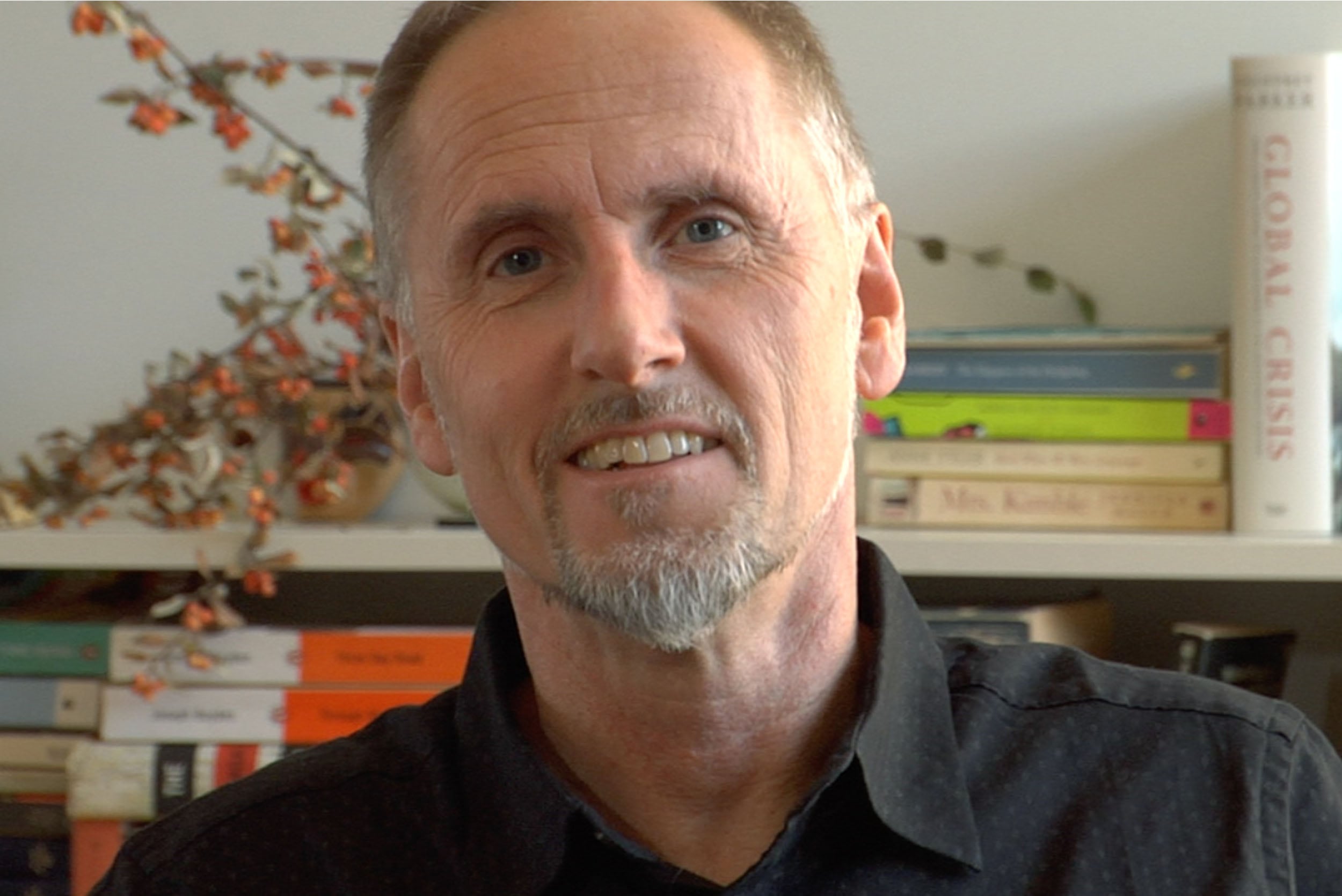 John Belshaw has worked with Cariboo College, UCC, and TRU -- both on-campus and through Open Learning -- for nearly 30 years. He has a Ph.D. in Economic & Social History from the London School of Economics, has written/co-written/edited eight books, and is the author of two widely used open textbooks on Canadian History. The areas on which he might consult include faculty research, Open Learning curriculum and delivery, open pedagogy, the BC Post-Secondary Education system, and institutional history (TRU and UCC mostly). John has advised several institutional panels in the past and can take credit for dashing attempts to rebrand Cariboo College as the Federated University College of Kamloops in 1991. 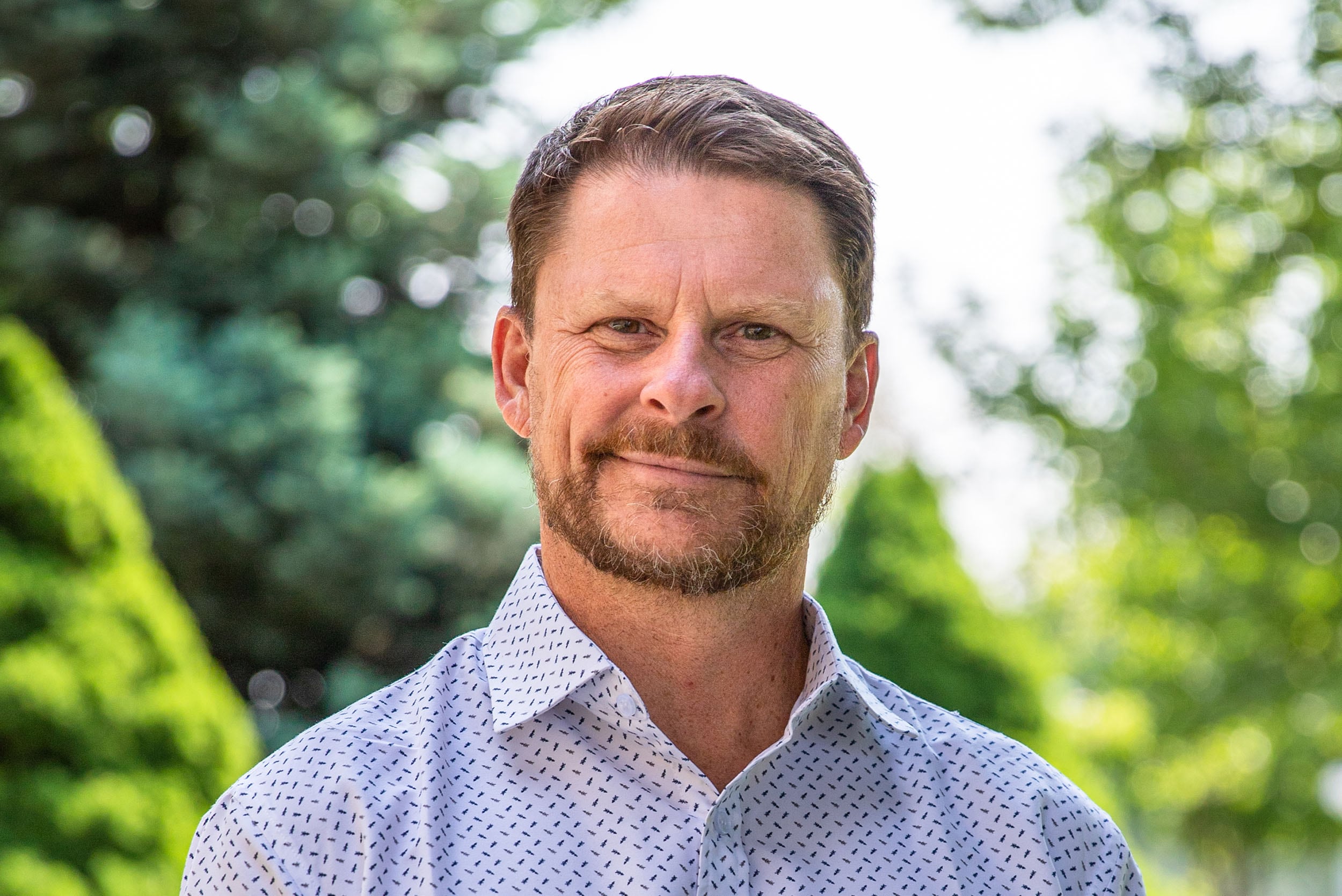 Larry Iles has an extensive education portfolio that he has applied throughout his 22 years as a faculty member with TRU, all within Career and Experiential Learning. Larry works one-on-one with students helping them to develop career plans and provides connections to experiential career opportunities. Larry is currently completing a multi-institutional, co-authored research study on employer perceptions on hiring students from international pathways, using Q-Sort methodology. Additionally, he is writing two chapters for an on-line career book in conjunction with the Career and Experiential Learning Department. In his spare time, Larry lives part-time at Sun Peaks and is an avid downhill skier. 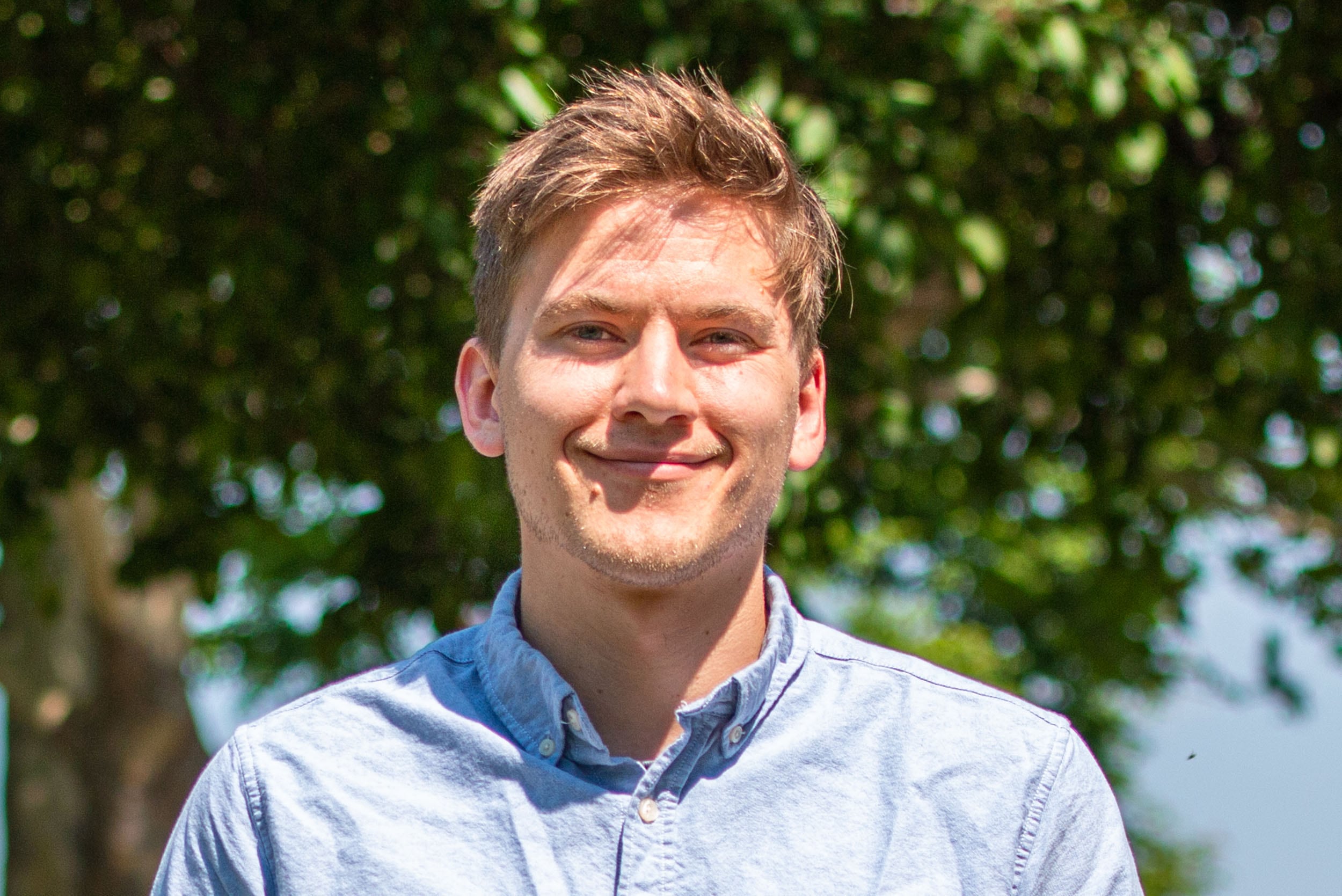 Leif Douglass is the Campaigns Coordinator for the TRU Students’ Union. He facilitates a team of students to address issues that matter to students at the municipal, provincial, and federal levels. This includes finding innovative ways to engage students in elections, advocating for policy changes to student financial aid, and creating opportunities for students to connect with community leaders. Leif is passionate about empowering students to be able to shape decisions that impact their lives. 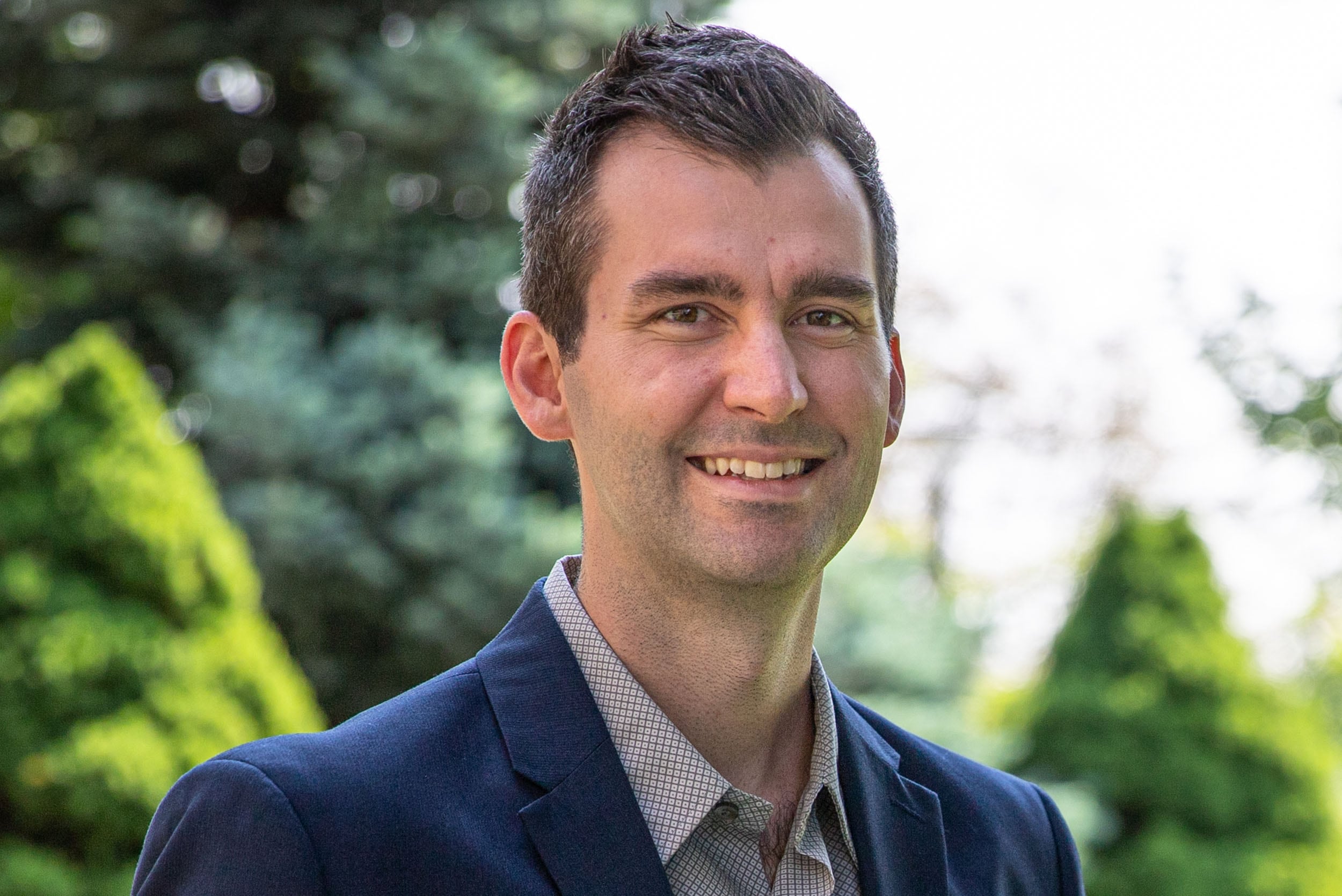 Matt Dyck is the Manager of Program Delivery in Open Learning, where he has worked for 10 years supporting Open Learning students and Open Learning Faculty Members. He has seen much change in the “open” and “online” world of education and is always up for the challenge of how we can continue to provide open access for students, while innovating our practices to stay current and competitive in the market. Matt will be co-presenting a paper this fall at the 28th World Conference on Online Learning on how TRU Open Learning has taken a leadership role in the implementation of the global Open Educational Resources Universitas (OERu) initiative which aims to provide low cost, open access education to students globally. He believes it is critical for TRU to continue to be a leader and practitioner of open and online education and is excited to be part of EnvisionTRU to lend his experience and knowledge in this area. 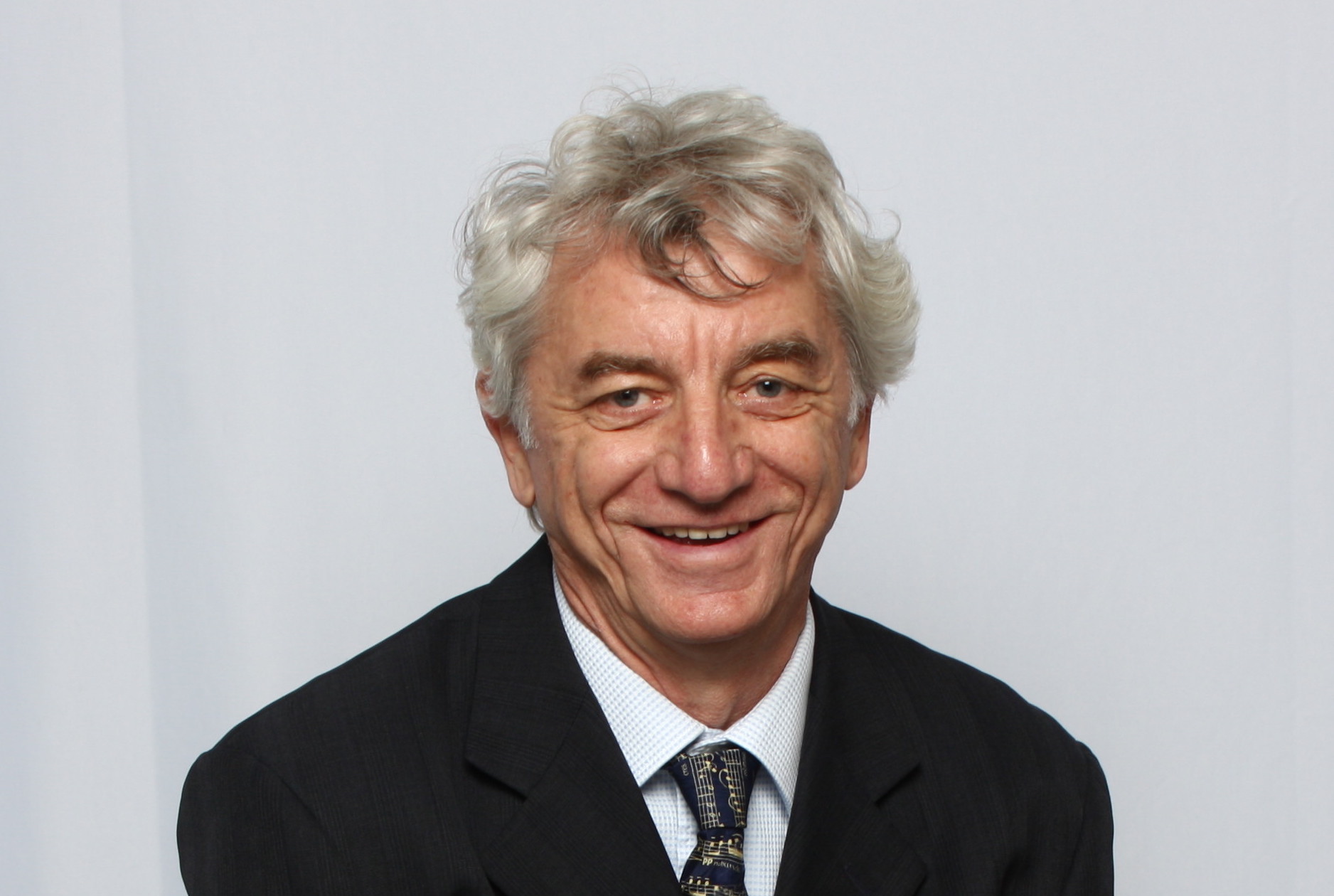 Miki Andrejevic graduated from the Law Faculty, University of Belgrade, Yugoslavia, is a graduate of the Grant MacEwan University Arts Administration Program, Edmonton, and is a Fellow of the British RSA (Royal Society for the Encouraging of Arts, Manufactures and Commerce) based in London, England.

He has had a distinguished career in arts management in Europe and Canada. He was the General Manager of the Belgrade Philharmonic Orchestra, and since coming to Canada has been the Executive Director of the Writers’ Guild of Alberta, and the Executive Director of Alberta’s only professional choir, Pro Coro Canada. He also established LitFest – the Edmonton International Literary Arts Festival – Canada’s only festival devoted to creative non-fiction.

Miki Andrejevic was also the Executive Director of the University of Alberta’s Festival of Ideas, (established as the University’s Centenary Celebration), a multidisciplinary festival at which artists, scientists, inventors, entrepreneurs, and public intellectuals were invited to share their views with the public through artistic productions, panel discussions, forums and lectures.

Mr. Andrejevic was one of founding members of the Edmonton Arts Council, jury member of the Saskatchewan Arts Board, jury member of the Canada Council for the Arts - Touring Grants and International Performance Assistance. He was instrumental in establishing the City of Edmonton and City of Calgary Book prizes, the City of Edmonton Writer in Exile Program, Alberta Book Awards Gala, WordFest Calgary- Banff Writers Festival and the National Literary Arts Summit.

Currently he is President of the Kamloops Symphony Society and President of St Ives B.C. Rate Payers Association.

Mr. Andrejevic is a recipient of the Queen Elizabeth II Golden Jubilee Medal and the City of Edmonton Arts and Culture Citation Award. 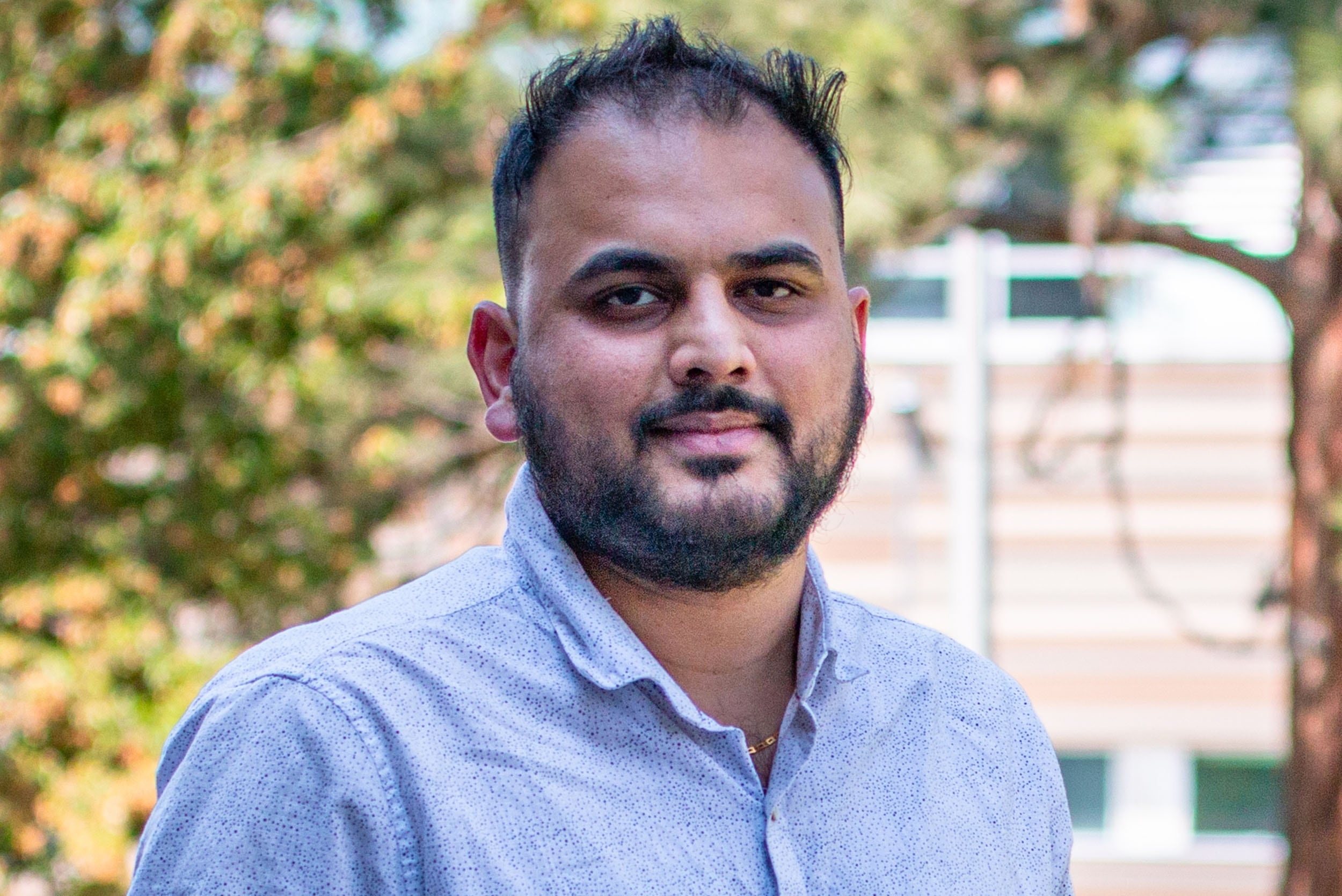 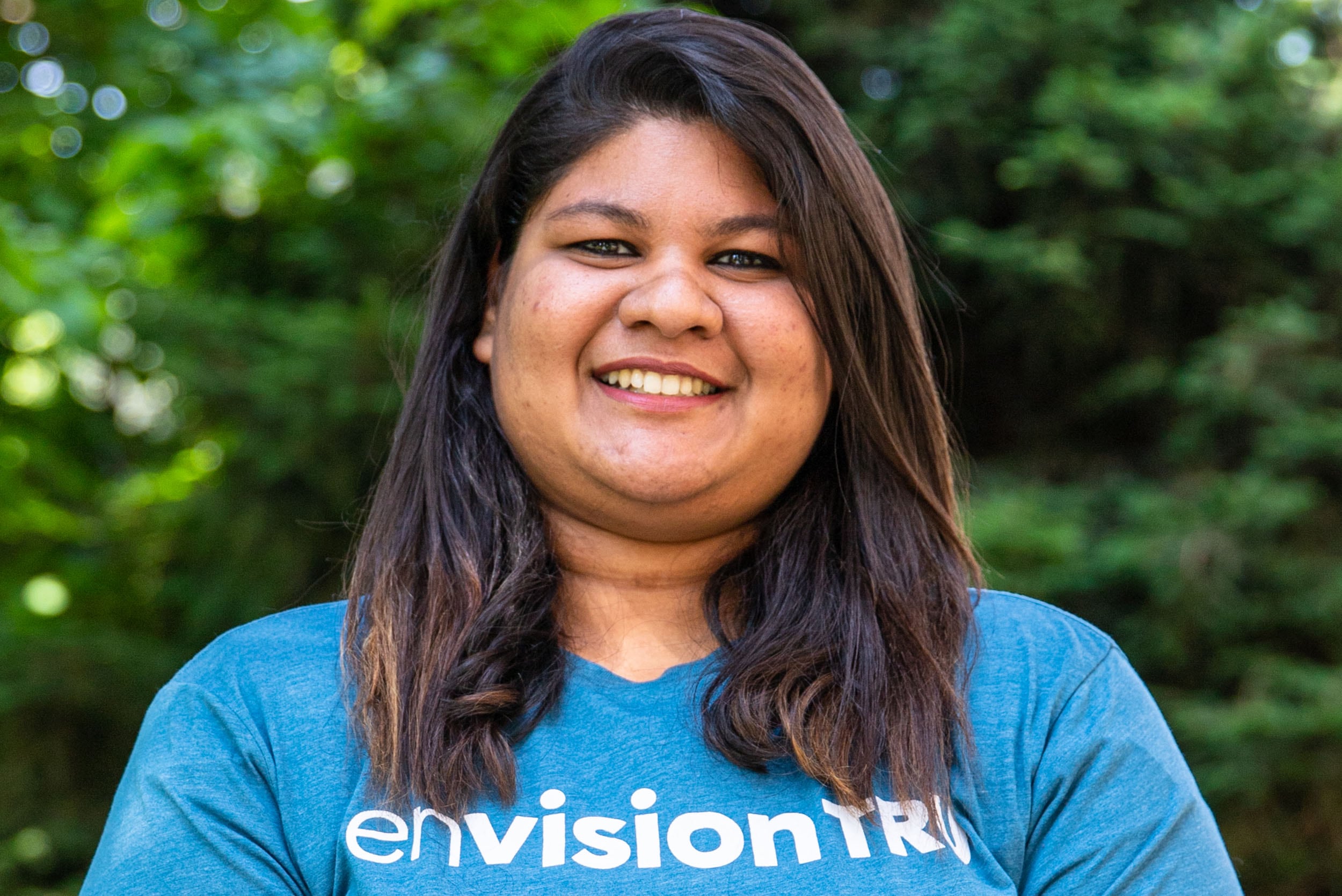 Student of Master of Education
Biography

Upekha Senrathna is a first year Master of Education student at Thompson Rivers University. Born and raised in Sri Lanka, Upekha is passionate about creating peace in situations of ethnical conflicts. She has three years of volunteer work experiences with Sri Lanka Unites, international movement for hope and reconciliation, where she learned more about reconciliation processes, its importance and how to communicate this complicated topic to university communities in Sri Lanka. After Upekha moved to Canada in 2018, she became interested in the topics of colonization and strategies on how to promote peace. Upekha is excited to start her work on a capstone course at TRU where she will attempt to find the ways on how to build peace and reconciliation through education.