CCC Research Group is a TRU-based, nationally and internationally linked, multidisciplinary group committed to knowledge creation, exchange, and the networking of critical researchers on contemporary social issues. This research group addresses research areas that are of strategic importance at TRU: Technology and Optimization, and Community and Cultural Engagement, for the purpose of fostering social justice and equity.

The name Critical Cross-border Conversations, both distinct and descriptive, reflects a pilot knowledge mobilization and exchange platform for scholarly conversations responding to contemporary issues of social justice — one that transcends boundaries transnationally, across and within disciplines. In particular, each word is chosen for its multilayered implications:

Critical research is scholarship that explores the dialectic between structural/macro forces and human agency for the purpose of social change.

It is based on a premise that marginalization is produced and maintained by unequal power relations, and espouses a commitment to holding individuals' lived experience as the primary source of data. It locates research within a historical context, and understands that social reality is socially constructed, negotiated and can be challenged.

Critical theory has been embraced by multiple disciplines, including critical social work, pedagogy, criminology, law, cultural studies, philosophy, and critical race studies. It serves as a common framework that allows and encourages the interdisciplinary study of contemporary social issues. This research group will be committed to fostering the critical scholarship of its members, and the critical engagement of social, cultural and political debates across platforms of the "real" and virtual.

The objectives of the CCC Research Group are to foster transdisciplinary collaborations for new and innovative research creation and dissemination, and to engage faculty, and undergraduate and graduate students.

In particular, the research aims to: 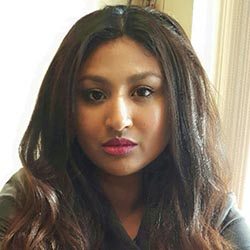 Dr. Daphne Jeyapal is Co-Director and Co-Founder of Critical Cross-border Conversation (CCC) Research Group. Her scholarship centres on the construction of race and racial discrimination in social policy, social activism and the profession of social work. She earned her PhD in Social Work in 2014 at the University of Toronto, for her work titled, "Behind the 2009 Tamil diaspora protests in Canada: A critical analysis of the production of race, resistance and citizenship across borders." She has served as principal-investigator, co-investigator, collaborator and research supervisor to undergraduate and graduate students on SSHRC, CIHR, CERIS and internally-funded projects at York University, University of Toronto, and Thompson Rivers University, on studies that examine migrants' experiences of violence, employment, housing, poverty, education and public policy. Her most recent research on "Transnational resistance in the digital age" examines the intersection of migrants' transnational activism, Canadian identity politics, and public policy through online news media. 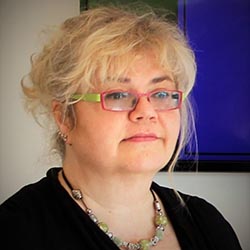 Dr. Juliana West is Co-Director and Co-Founder of Critical Cross-border Conversation (CCC) Research Group. Her research and scholarship focuses on examining social work discourse, research, education, and practice through anti-oppression and anti-privilege frameworks at the personal, cultural (discourse, media, ideology), and structural (institutionalized) levels. Her 2014 dissertation — ”The role of social work in contemporary colonial and structurally violent processes: Speaking to Aboriginal social workers who had child welfare and/or criminal justice involvement as youth" — examined how social work treats Indigenous peoples as recipients of social work services, as social work students, and as social work professionals. Her current research looks at how social work education attracts, supports, and graduates Indigenous students. Her forthcoming book with Bob Mullaly on anti-oppressive and anti-privilege theory and practice is under review with Oxford University Press and will be released in fall 2017. 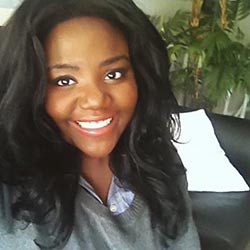 Magalie Knopf is Research Group Coordinator of the Critical Cross- border Conversations (CCC) Research Group. She earned her bachelor’s degree in social work at Thompson Rivers University. Magalie’s research experience has focused on the construction of the CCC research group, and more recently, on transnational activism online — examining the policies and discourse surrounding the Anti-Terrorism Act through online news media. She has served as a regional representative for international non-profit, Invisible Children, an organization pursuing the end of the Lord’s Resistance Army (LRA) conflict and protecting communities in Central Africa. She was the first Kamloops Youth Programs Coordinator for West Coast LEAF, educating youth on their legal rights and responsibilities about consent, sexual assault and cyber-misogyny. Her current research interests are rooted in decolonization, critical race theory, and anti-oppressive practice. 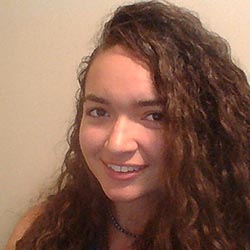 Sabrina Beattie is Dr. Daphne Jeyapal's assistant for Critical Cross-border Conversations (CCC) Research Group. Sabrina completed a diploma of Social Work at Mount Royal University in Calgary. Currently, she is earning a BSW at Thompson Rivers University. She utilizes a critical and feminist perspective when deconstructing macro-level entities such as government, religion and culture. Her areas of interest include critical theory, women’s rights, and public policy. In 2016, Sabrina Beattie served as a student ambassador for the Faculty of Education and Social Work for her commitment to social justice. She is currently investigating the discourses surrounding gender rights, law and knowledge construction. Sabrina continues to focus her research on the intersection of racialization, women’s rights and Canadian public policy. 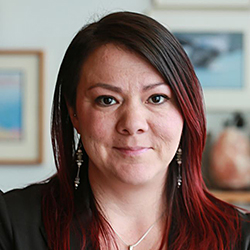 Jeri-Lee Lomond is a fourth-year Bachelor of Social Work student at Thompson Rivers University. She is also earning her Aboriginal Studies Certificate. She completed her social work diploma in 2014 at Mount Royal University in Calgary. In addition to joining the Critical Cross Border Conversation Research Centre, Jeri-Lee is currently a research assistant for a critical study examining models of assessment on professional suitability in Canadian social work being conducted in British Columbia and Nova Scotia. Jeri-Lee’s current interests are focused on critical research and program development and she is driven to pursue macro and mezzo levels of social work and recognizes the importance of connecting policy and research to engage in positive systemic changes. She is committed to the study and practice of decolonization through evidence-based research and the Truth and Reconciliation Commission of Canada: Calls to Action. 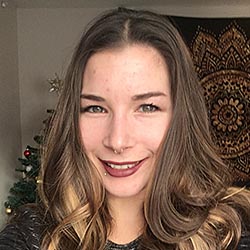 Kaitlyn O'Toole is a fourth-year Bachelor of Social Work student whose research interests centre around the pursuit of social justice. She is passionate about anti-oppressive, action-oriented and community-driven research initiatives that empower and inspire others. She is curious about the connections between globalization and current living conditions, social determinants of health and social policy. Other interests include activism, youth leadership, social media and music as a vehicle for social change. Most recently, she has worked with Dr. Daphne Jeyapal as a research assistant and an apprentice examining how public policy and discourse complicates the civil liberties of activists in Canada. This opportunity has been an incredible experience thus far and means so much to her future career as a social work academic. She hopes her connection with Critical Cross-border Conversations will broaden her professional network, challenge and foster her academic growth and provide further opportunities for her to meaningfully contribute to social justice initiatives. 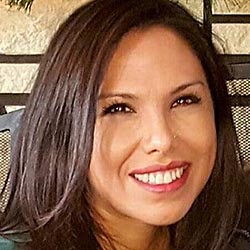 Dionne Mohammed recently completed her Bachelor of Social Work at Thompson Rivers University. She returned to post-secondary studies after working 15 years in the BC education system (Chilliwack School District, Abbotsford School District, and Gold Trail School District) as an Aboriginal Student Support Worker (K – 12, and adult education). She has worked with diverse First Nations including Sto: lo Nation, Squamish Nation, St’át’imc Nation, and Secwepemc Nation. After several years of working in the lower mainland, she and her husband, along with their children, moved to her Indigenous territory of St’át’imc Nation. It was during this time that she ran for Band Council and was elected to serve a three-year term. Her portfolios were Social Development (shared) and Administration. Further to this, she worked in the Band school (Sk’il Mountain Community School), and in the role of Social Development Worker at Rose Casper Healing Centre. Three and a half years ago, she resigned from Sk’elep School of Excellence (Tk’emlups Indian Band) with well wishes to return to school to pursue a degree in Social Work as it had become clear to her over the years that there were many social detriments obstructing Indigenous students from succeeding in education. She wanted to take on these issues through counselling, advocacy, and social justice. Thus, returning to school to pursue a degree in Social Work was imperative.

She isof mixed ethnic origin — St’át’imc descent on her mother’s side and a member of Seton Lake Band, St’át’imc Nation (Lillooet area), and on her father’s side, she is half Mauritian and half English. Her husband is of Pakistani descent. It is important for her to share this as it is through a lens of ethnic diversity and multicultural awareness that she views the world. She carries a unique perspective through her lived experience as an Indigenous and mixed race person. Furthermore, her mother is a survivor of residential school, therefore she feels she has a deep understanding of the impact of residential schools have had on her people, as well as the intergenerational trauma that is carried through to subsequent generations. As she moves forward into post graduate social work, she will work with an anti-oppressive, person-centred approach with specific attention to Aboriginal peoples, healing approaches, and social justice. She is an advocate for the philosophy of lifelong, reciprocal learning, and is looking forward to applying for a Master’s of Social Work next fall.

Currently, she is on the Board of Directors for the Kamloops Sexual Assault Counselling Centre, and is a casual worker for Crossroads, ASK Wellness Society. However, she feels her most important role is being a mother to her four beautiful children. "My supportive husband and I have our hands full, but we wouldn’t trade it for anything!"