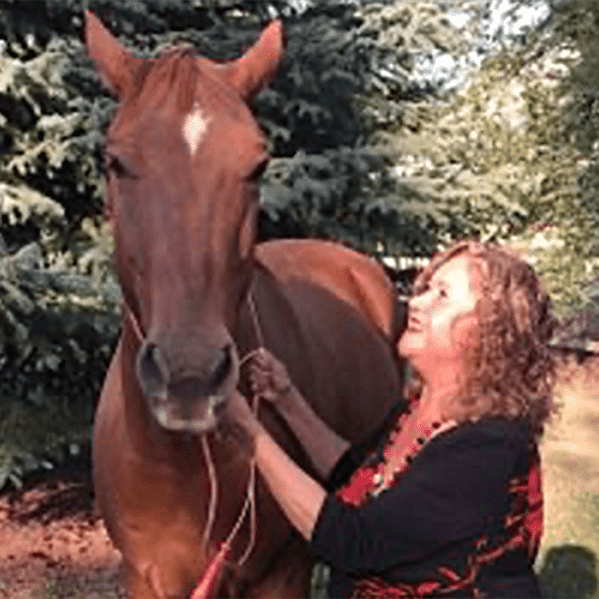 I am Diena Jules and am a member of Tk’emlups te Secwepemc. The traditional names that I have been given over my lifetime are: Sundance Pipe Woman, Yellow Flower Woman, and Black Wolf Woman. I am proud to say that I have two daughters and five grandchildren.

I was raised up in the mountains while my dad was a horse logger. We later moved onto the reserve and I attended the Kamloops Indian Residential School as a day scholar until I was in Grade 6. All Indigenous children were integrated into the public school system in 1967. In 1971, I lived at the KIRS for one year. I consider these years as the dark ages of my life.

As a teenager, I was a member of the Paul Creek Tribal Dancers and we performed our traditional songs and dances across BC and Alberta and, in 1975, we went as far as Quebec. I was a traditional dancer at pow wows primarily in BC.

In my younger years, most of my employment was with my band as a labourer, lifeguard, librarian, welfare financial officer and welfare department coordinator, home school coordinator and cultural and educational researcher. With my determination to improve the quality of life for my daughter and I, I decided to enroll in the NITEP at UBC where I graduated with my BEd and went on to to compete my MA at UBC. My thesis was: Traditional Ways Shuswap People Identified and Nurtured Gifted and Talented Girls.

While completing my graduate degree at UBC, I worked as a librarian, educational researcher and did a contract as a Native Indian Teacher Education Program instructor. After I returned to Kamloops I worked as at Sk’elep Elementary School teacher as a primary school teacher, then from 2004 until 2017 I was the Education Department Manager.

After I retired, I moved to northern Ontario and, after 18 months, I returned to my home community and family and began a term position in the natural resource department and worked part time in the cultural heritage study and genealogy research project. In July in began to work as the administrator of the SMHP.

I try to be a good role model in healthy living, I bike, ride and walk daily, I pray to the Creator for the health, safety and protection of our land, water, animals and ice, I live my values of showing respect and caring to all living things, but most of all, I take time to show my loved ones, especially my grandchildren, how much I love and value them. It is everyone's responsibility to be the change we wish to make in the world. 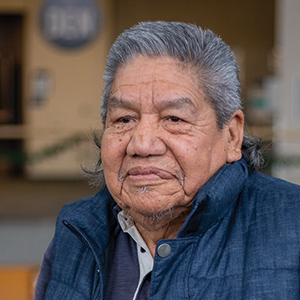 Mike Arnouse is from the Adams Lake community. He has been an Elder on campus of TRU for over 20 years.

He is a helper who believes in learning from one another. He appreciates the opportunities to meet and talk with students, staff, and faculty, as we all can learn from each other. He shares his knowledge freely. He makes note that knowledge has been hidden from our people for so long, though. Everything that we learn, and share is for the future generations — to learn about the medicines, animals, stories. The colonization of our culture and the copyrights to knowledge systems are a hindrance that carries knowledge of the history of Secwépemc’ulucw.

Indigenization and de-colonization of the Secwepemc culture. Knowledge is best passed through relationship and talking to one another. Mike invites people to sit and talk with him anytime that he is one campus. Have tea and chat. Be yourself and have a heart to heart. Build relationship and friendship and family.

Chief Atahm, from Sexqeltqin — he would be center of most of us in the valley — half Kamloops and Neskonlith, Adams Lake, Little Shuswap, Salmon arm — Okanagan Shuswap confederacy — during Atahm’s time, allegiance, and peace by marriage. 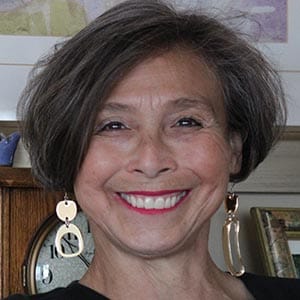 Joanne Brown is a member of the Cheslatta Carrier Nation, L’silu clan, born and raised in her home territory near Burns Lake, British Columbia. She moved to Secwépecmc’ulucw from Prince George in 1996. Joanne’s previous work with Employment and Immigration Canada, as well as her studies in geography and anthropology (TRU) made a natural fit with an occupation in Indigenous post‑secondary education. She is grateful for her amazing community, especially working with neighbours and friends. Joanne strives to make sure that everyone is welcomed and ensures they feel special in a way that is unique and unforgettable. In her free time Joanne kayaks, gardens, cooks, and loves spending time with her precious friends and family. 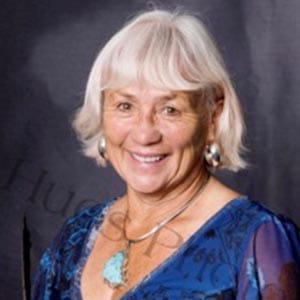 DeDe was BC's first Superintendent of Aboriginal Achievement and is a prominent advocate for Indigenous education and student success. Born in Williams lake to a Secwepemc family DeDe is a member of the Esketemec First Nation. DeRose graduated from UBC's Indigenous Teacher's Education Program (NITEP) with a Bachelor Degree, Diploma in Education and Ts"kel Master's Degree. DeDe taught in Williams Lake for 9 years before moving to Kamloops to finish her career as an elementary school principal and raise her sons.

DeRose, while working in public schools, was seconded to the Ministry of Education twice and was appointed part time to the BC College of Teachers for 8 years as the first Indigenous Councilor. She was actively involved as the Chair and Co-Chair of the NITEP at UBC for over 20 years; served on several committees for the BC Principals' and Vice Principals' Association; and Chaired the First Nations Education Steering Committee. In her retirement, she continues to serve on the President's Advisory Committee at UBC; is a school district auditor with the Ministry of Education; is the secretary and Communications Chairperson for the Verna J Kirkness Foundation; and recently joined the board for the Phoenix Center.

DeDe was given the traditional Secwepemc name "Tse7ekw te Spi7uw" (Sunrise Golden Eagle) and is a proud Kye7e to seven wonderful grandchildren. Since retiring in 2015 her interests include hiking, downhill skiing with her family, yoga, playing golf and travelling with her husband, Allan, and horseback riding on her bay gelding, Heart. 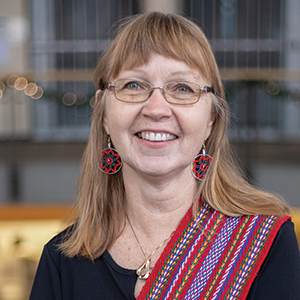 Please join us in welcoming Métis Elder Sandi Hendry to TRU in the Elder in the House Program. Sandi is a Métis Elder at Two Rivers Métis Society in Kamloops, and provided cultural support to Métis youth with Métis Nation BC at TRU gatherings in the past year. She is very familiar with TRU, as a former staff member in Print Services for many years. We are happy to have her join our community here at TRU.

My name is Bella Morris, and my Indigenous identity is Inuk (Inuit). I was born and raised in the small community of Iklavik in the Inuvik Region of the Northwest Territories. As a child, I attended a Catholic Residential school until Grade 9. After I moved away from the North, my family and I lived on Vancouver Island for 20 years where I owned and operated a successful butcher business for 15 years. During the evenings, I attended Malaspina College working towards a teaching degree. I also attended UBC where I completed my degree in education.

My family and I then moved to Kamloops to start my career with School District 73, serving as the First Nations Coordinator and teacher for 16 years. In 2008, after a year-long battle with cancer and dealing with long-term recovery, I decided to take an early retirement. Since my retirement, I have spent several years volunteering in different schools teaching traditional games, history, and the RCMP Justice Program/ Aboriginal Justice Circle. I love my community, my culture, and the many wonderful friendships I’ve formed over the years with the people living within the beautiful Secwépemc Territory.

Aunty Trish is from the Tsalalh Band in the St'at'imc Nation. She attended day school in Tsalalth and is a survivor of the Kamloops Residential school. She has one daughter who is faculty here in the School of Education and one of her grandchildren is attending and entering his first year in the Bachelor of Natural Resource Science. Aunty Trish was a well-rounded athlete growing up and also known for her traditional medicine knowledge, sewing and beadwork. She is a strong advocate for maintaining your identity while pursuing post-secondary education.