The TRU School of Nursing has been involved with many initiatives to promote the success of Indigenous students, create a culturally safe educational experience for all, and to build relationships with Indigenous communities, groups, and individuals.

The TRU School of Nursing formally acknowledged and adopted the Framework for Cultural Competence and Cultural Safety from the Aboriginal Nurses Association of Canada – now the Canadian Indigenous Nurses Association, to ensure that all graduates of nursing programs are able to practice in a culturally safe manner.

The TRU School of Nursing has also adopted an advocacy statement acknowledging the role the SON has in achieving a culturally safe academic environment, advocating for changes within Thompson Rivers University in support of the strategic goal of becoming the University of Choice for Aboriginal Students.

Several grants and projects have been carried out focusing on the recruitment of Indigenous students into nursing programs, and the development of a pre-health program (Indigenous Pathways for Health Careers program).

Faculty have been involved in scholarly work investigating and learning more to inform education and practice on the transition of Indigenous nursing graduates into practice. Our faculty and students have been participants in the national development and implementation of a framework for mentoring and support of Indigenous students from the Canadian Indigenous Nurses Association.

Student leadership and learning opportunities are key to the ongoing success and development of initiatives within the school of nursing. Students have opportunities to work with Indigenous partners in practice education experiences throughout the nursing program.

Since 2000, faculty members in the School of Nursing have been involved in many initiatives to promote success of Indigenous students, create a culturally safe educational experience for all, and build relationships with Indigenous individuals, groups, and communities.

Aboriginal nursing students at TRU have many opportunities to develop leadership skills that they will take with them into their nursing careers. All students study leadership in the classroom and practice settings and are invited to be involved in faculty projects as well as encouraged to present their work locally and at provincial and national conferences. Faculty work with students to assist them in applying for scholarships and bursaries, and students are supported to attend key conferences and workshops.

Examples of student work include: 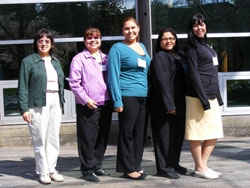 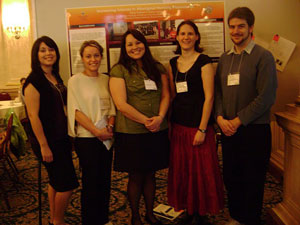