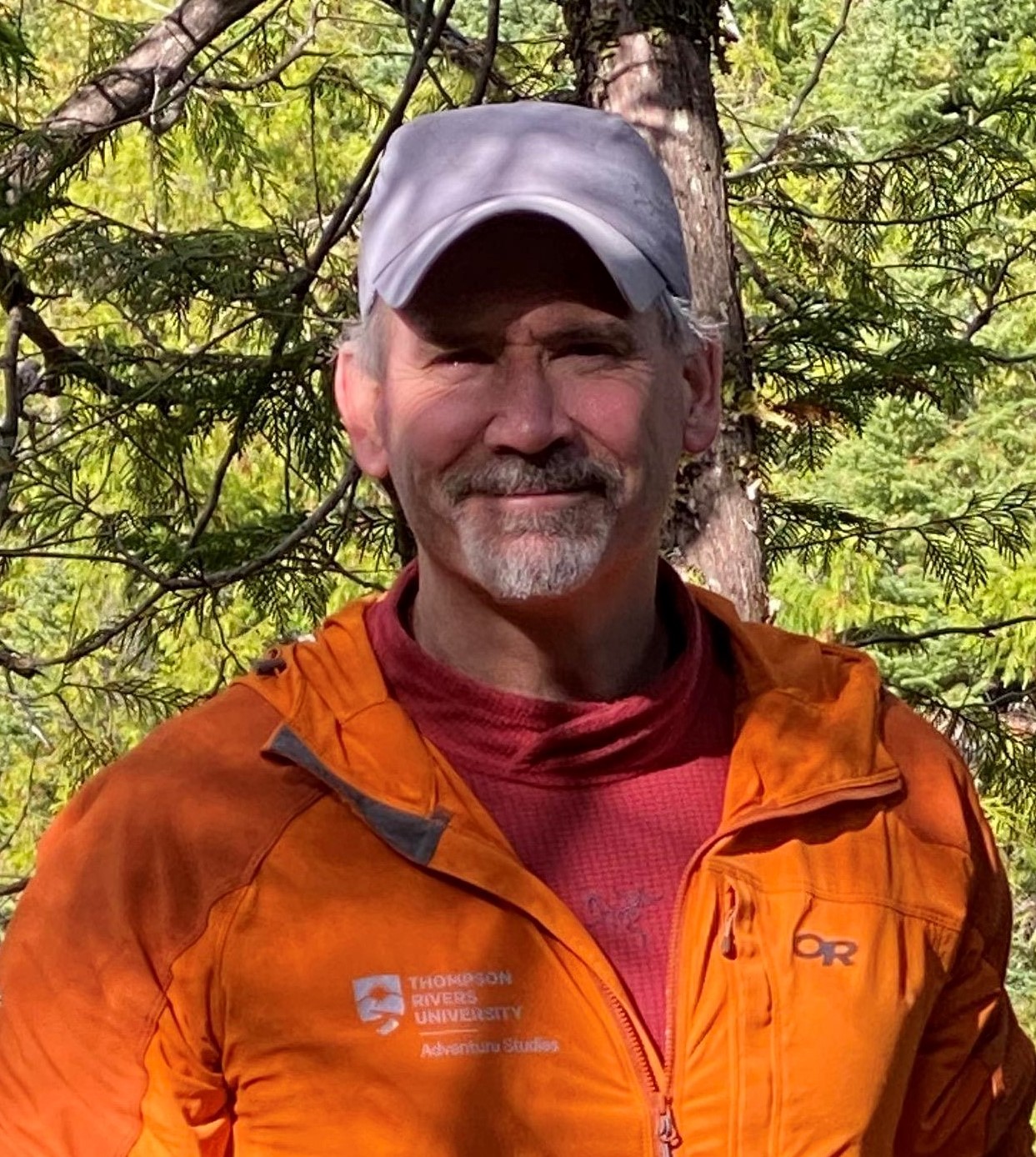 Like a boomerang thrown into orbit, Jon Heshka has returned home to Adventure Studies after a four year term as Associate Dean in the Faculty of Law. Jon's trajectory to TRU has been a bit unorthodox. He has worked as a climbing guide, trained and coordinated search and rescue, managed risk and sales in the US with a European-based manufacturer of outdoor equipment, advised recreation programmes on their exposure to legal risk, and earned Master of Education and Master of Laws degrees specializing in adventure education and sports law respectively.

His eclectic background includes stints playing semi-pro volleyball in Brazil, driving a taxi in Lake Louise, and researching wolves in the Rockies. He has also climbed and led expeditions from Alaska to Argentina, Tajikistan to the Tetons, Europe, and many points in between. He trained and coordinated search and rescue for seven years for the Province of British Columbia with the Ministry of Attorney General / Justice Institute of BC and has performed mountain rescues above 15,000 feet on three continents. He has worked with Denali Mountain Rescue in Alaska and was a Canadian representative to the International Commission of Alpine Rescue. Jon guided with Outward Bound and Canada West Mountain School, instructed fall protection and rescue to a myriad of clients including Golden Gate Bridge, worked in senior management with Petzl America, and continues to consult on risk reduction strategies and tourism development to the public and private sectors.

Jon has played an active role in academic administration and governance which includes four years as Associate Dean of Law, and time as Vice-Chair of Senate (sitting alongside the university president who is Chair), Chair of TRU’s Educational Programs Committee, and have been an active member of (almost too) many committees to think about including TRU’s Academic Planning and Priorities Committee, the MBA Steering Committee, the BC Council on Admissions and Transfer’s New Associate Degree Development Committee, and many others.

He won the Governor General’s Academic Medal en route to earning degrees in zoology, political studies, education and law. His research interests and areas of expertise of specialization include sports law, the liability of adventure and extreme sport, regulation and risk management of extreme sport, outdoor pursuits risk management and ambush marketing.

Jon has co-authored a university textbook entitled Managing Risk: Systems Planning for Outdoor Adventure Programs which represents the next generation of thinking about risk and adventure. He co-wrote a chapter on “The Legal Context for Outdoor Recreation” in Risk Management in the Outdoors published by Cambridge University Press and a chapter on “Legal Issues in Extreme Sport” in Extreme Sports Medicine published by Springer International Publishing AG. His 70+ articles have been published in several journals including International Sports Law Review and Sport and the Law Journal as well as eleven newspapers including The Globe and Mail and the Guardian, and two climbing magazines.

Jon has supervised two students who won the Travel and Tourism Research Association's (TTRA) National Gordon Taylor Future Researcher's Award, and supervised two students who were each awarded $5000 by TRU’s Comprehensive University Enhancement Fund for their Research Learning Courses. He was an associate editor with the International Journal of Sport and Society and has peer reviewed articles for journals such as the UBC Law Review, the Canadian Labour and Employment Law Journal, the Journal of the Legal Aspects of Sport and the Lakehead Law Journal. He has also been interviewed or quoted more than 60 times in the media including CBC's the fifth estate, CBC Newsworld, Global News, the National Post, and The Vancouver Sun.

Jon consults with all levels of government and the private sector, writing over 40 consultancy reports. They include co-authoring the 2003 Public Avalanche Safety Program Review for the BC Ministry of Public Safety and Solicitor General, the 2019 Risk Assessment Review and Recommendations of RSTBC's Mountain Bike Risk Management for Recreation Sites and Trails BC and the 2021 Post-Critical Incident Management Plan for the Association of Canadian Mountain Guides. He has also worked as an expert witness in Canada, the United States, and Europe in matters relating to adventure sport risk management. Jon has also consulted with many other clients including the Government of the Northwest Territories, US National Parks Service, and the Calgary Board of Education.