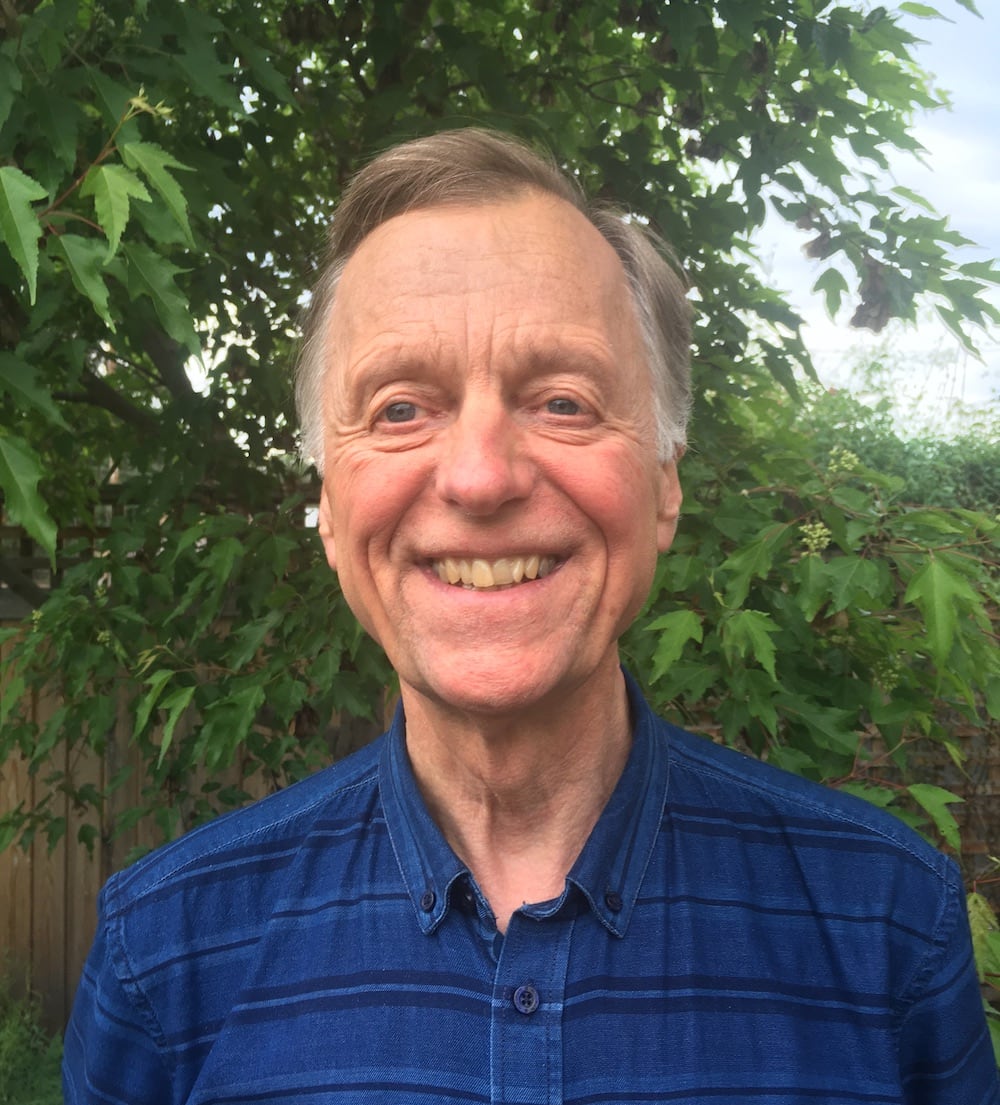 Dr. Bruce Baugh retired in 2020 following a 28-year career at TRU. A philosophy professor particularly interested in walking and rock music, Bruce taught a range of philosophy courses, and supervised undergraduate and graduate research students. He received TRU awards for teaching excellence, research excellence and a Master Scholar’s award. Bruce was principal investigator in the Walking Lab: an interdisciplinary research group at TRU that brought together academics and experts from community groups. Research for his forthcoming book on walking and philosophy took him to England, Denmark, France and Switzerland. His other books include French Hegel and Existential Monday Bruce has published over 70 peer-reviewed articles and book chapters in six languages, and has presented at conferences in Canada, the USA, the UK, France, and Germany. His research on French and German philosophy shaped his own philosophy courses focussed on existentialism, history, religion, and emotions. Teaching Philosophy of Rock Music was one of his greatest joys. After leading the course eight times, Bruce collaborated with former Rolling Stones manager Andrew Loog Oldham to present Rock Dreams, which drew national media attention. TRU will continue to benefit from Bruce Baugh’s expertise as Professor Emeritus. 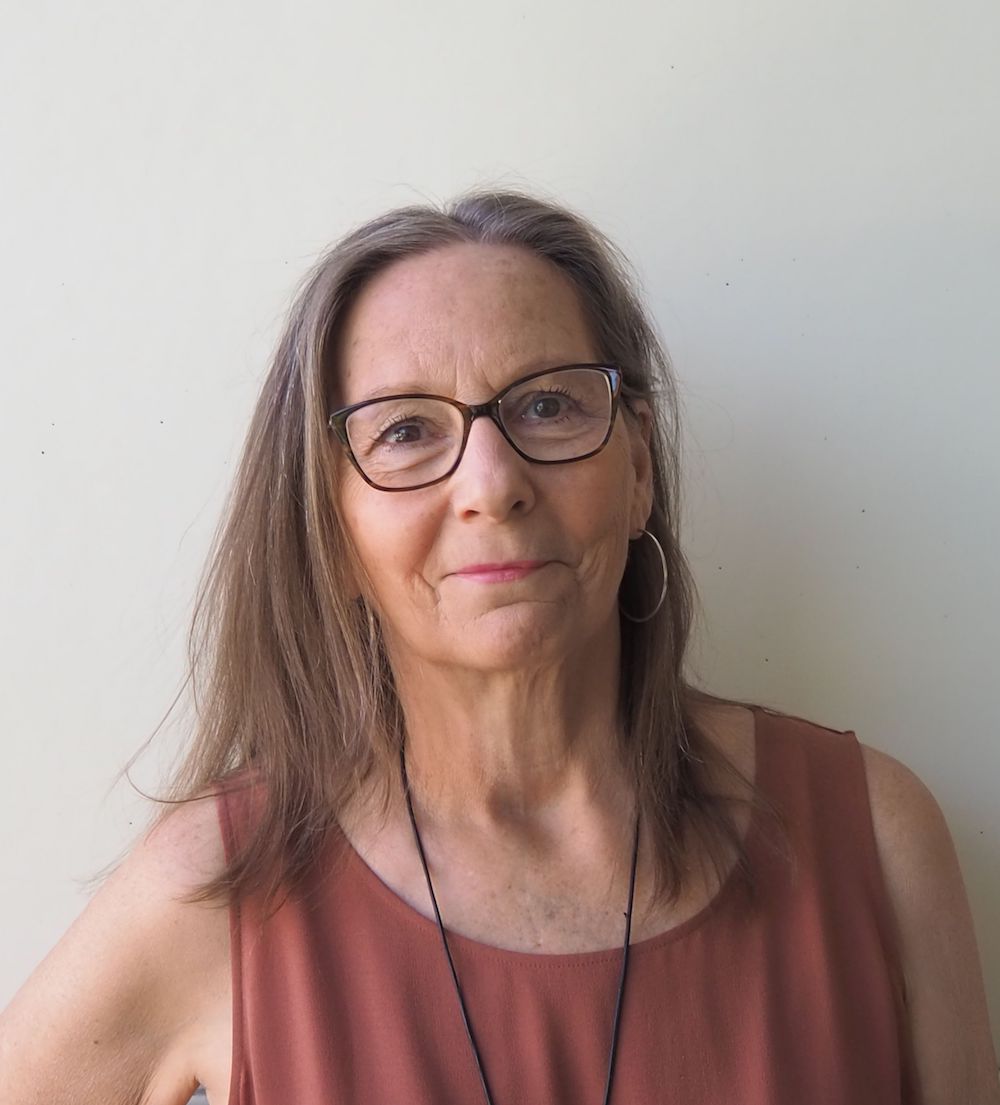 Star Mahara retired in 2019 after 35 years in the School of Nursing at TRU. Star taught students in TRU’s Registered Nurse (RN) Diploma, Post-RN, Bachelor of Science in Nursing and Master of Nursing (MSN) programs. Additionally, she coordinated and taught in TRU’s early RN Refresher programs and the Registered Practical Nurse/RN Access program. Expanding her reach, Star also brought her expertise to the University of British Columbia (UBC) where she served as a Visiting Lecturer for their School of Nursing and taught for the Kamloops cohort of UBC’s MSN program. She also served as Adjunct Professor for the University of Victoria’s School of Nursing. An advocate for Indigenous students in nursing, Star fostered the recruitment and retention of Indigenous students and was one of the first faculty members to liaise and collaborate with Indigenous groups, organizations and communities and successfully obtained development and research grants with Indigenous communities. Her excellence as an educational leader was recognized by her receipt of the CRNBC Member Recognition Award in 2008 and the Canadian Association of Schools of Nursing’s Award of Excellence in Nursing Education in 2010. Star also received the TRUFA Union Service Award in 2006 and a Canadian Association of University Teachers (CAUT) Dedicated Service Award in 2018. TRU will continue to benefit from Star Mahara’s expertise in Nursing as Professor Emerita. 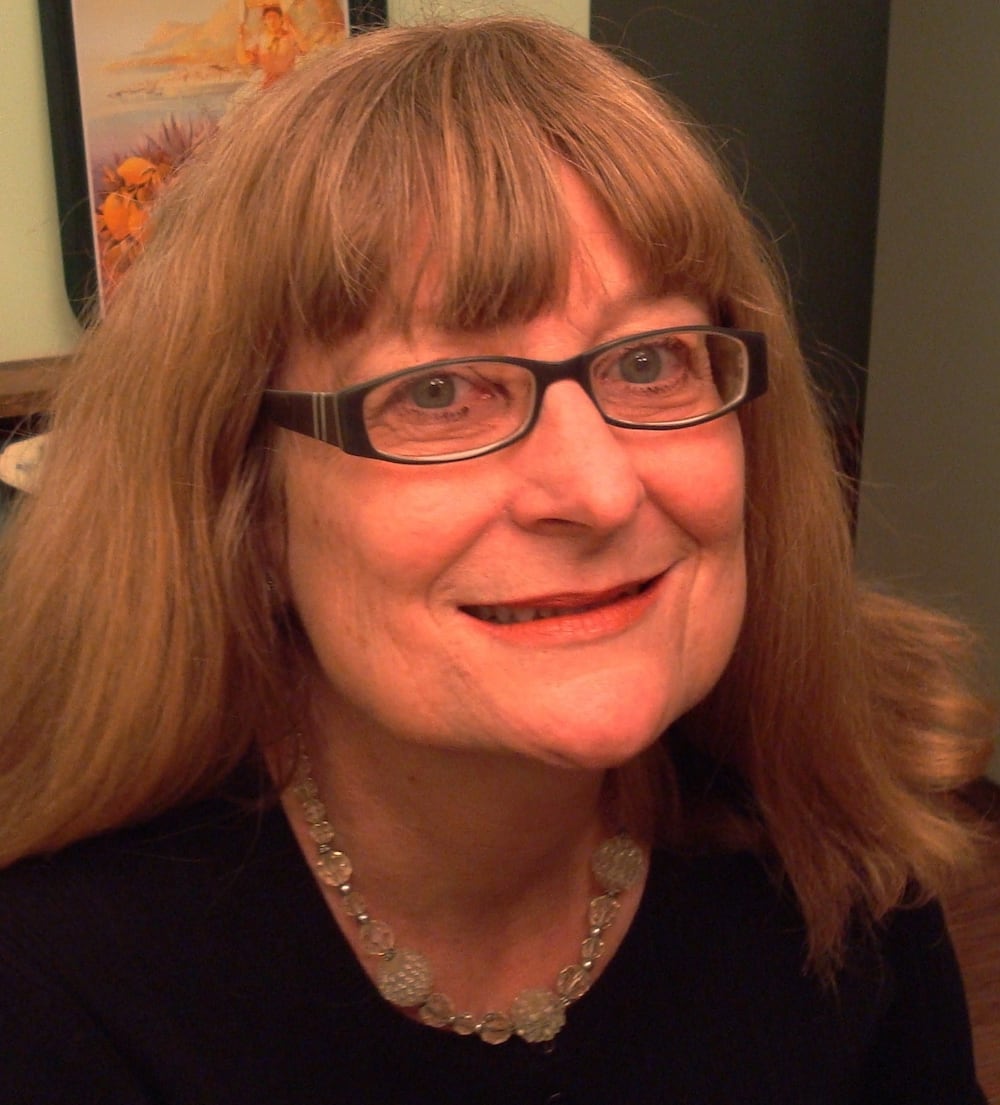 Ginny Ratsoy retired in 2020 after 40 years in the Faculty of Arts at TRU. A recipient of the Master Teacher Award in 1993 and 2011, Ginny taught over two dozen courses—specializing in Canadian literature—and was a visiting professor at German-based Erfurt University and Frederich Schiller University in 2002. She has co-authored work with several undergraduates, and supervised numerous service learning courses, research assistants, directed studies and work study students. In 2016, Ginny received an Undergraduate Student Research Mentor Award. Among her other accomplishments, Ginny has coordinated the Canadian Studies program, served as TRU provost fellow and sat on several committees, including the TRU Writing Centre, the TRU Foundation, the Undergraduate Student Research and Innovation Conference and the Canadian Association for Theatre Research. Additionally, she received a Distinguished Service Award in 2005. She has presented papers across Canada and Europe. Her publications focus on Canadian novels, theatre, small cities, third-age learning and the scholarship of teaching and learning. She also co-authored, edited and co-edited books and numerous peer-reviewed articles, receiving Arts and English Modern Languages awards for her scholarship. In retirement, she continues adjudicating awards, promoting third-age learning, volunteer instructing and writing. TRU will continue to benefit from Ginny Ratsoy’s expertise as Professor Emerita. 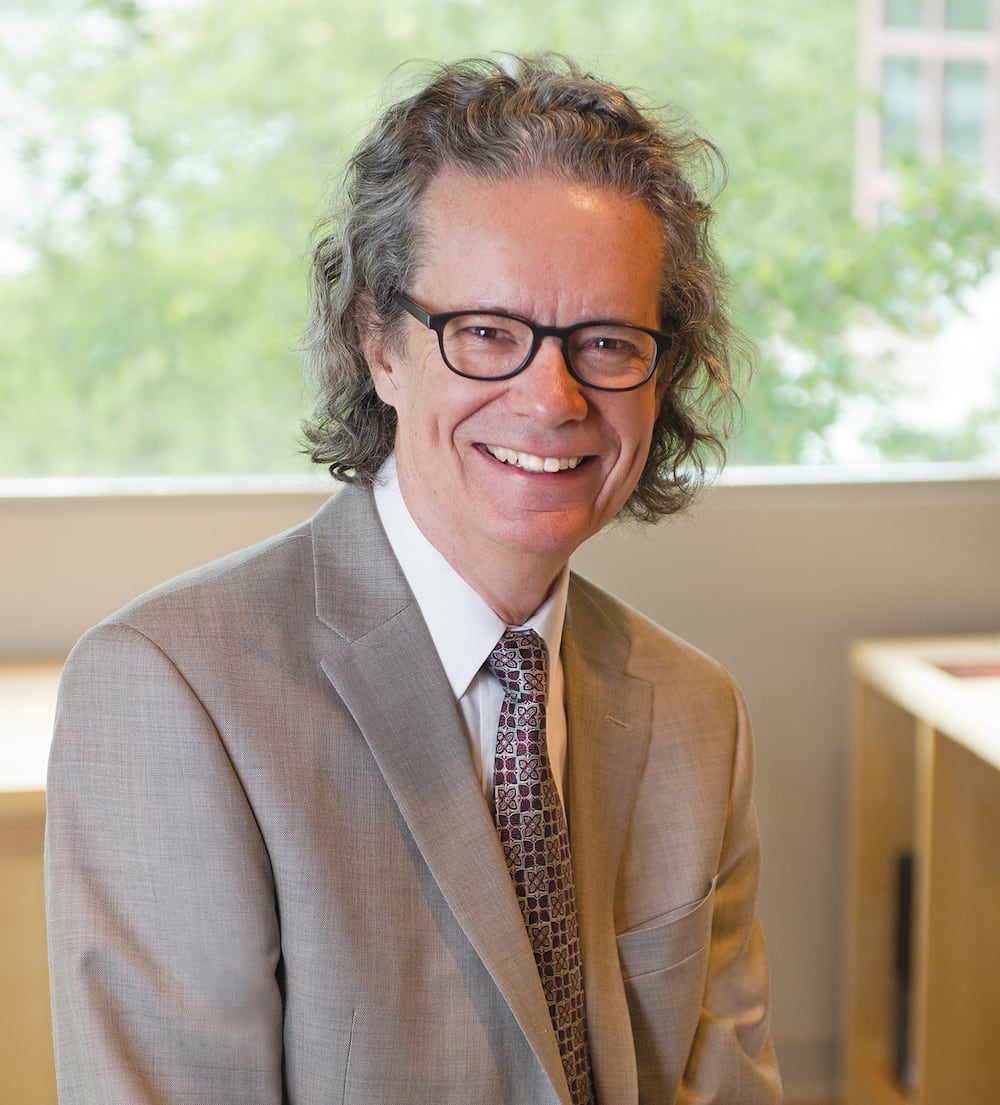 Throughout his distinguished career, Dr. Alan Shaver has combined his passion for teaching and research with academic leadership to provide exceptional support and mentorship to countless students and colleagues. A prominent and dedicated supporter of Thompson Rivers University (TRU), Alan helped transform the campus into a full-service university. He further advanced TRU’s quality of education by spearheading innovations in interdisciplinary and international programing and by fostering university-community partnerships and industry collaborations.

Alan’s long and highly successful career in academia began when he boarded a bus after graduating from high school in Ottawa. It took him on a journey no one else in his family had ever embarked upon—it led him to university. Alan completed his BSc (Honours) in chemistry at Carleton University in 1969, followed by his PhD in organometallic chemistry at the Massachusetts Institute of Technology in 1972.

Soon after, Alan worked for two years as a Postdoctoral Fellow in the National Research Council of Canada program while simultaneously completing postdoctoral studies at the University of Western Ontario and teaching in the chemistry department. From there, he moved on to McGill University where he advanced from an Assistant Professor in 1975 to Chair of the Department of Chemistry in 1991 and to Dean of the Faculty of Science in 1995. Alan served in this role for a decade before being named Vice-President Academic and Provost at Dalhousie University in 2006.

In 2010, Alan moved to Kamloops to become President and Vice-Chancellor of TRU. He came to complete a mission–to actualize the university’s aspirations of becoming a full-service institution that serves its students, faculty and community through such initiatives as a law school, an open learning division, trades programs, and a strongly supported Indigenous and international student populace. Alan firmly believes in the university’s mission and the “idea of being dedicated to service.”

Alan was re-appointed for a second term from September 2015–2018. During his tenure, Alan saw the development of three new master’s degree programs, the Brown Family House of Learning and the Centre for Student Engagement and Learning Innovation; facilitated early accreditation by the North West Commission of Colleges and Universities (NWCCU) and the university’s membership with the Research Universities Council of British Columbia; helped develop the TRU Community Corporation which lead to public consultations on the proposed university village development–The Reach–and launched two capital projects including the Industrial Training and Technology Centre and the Chappell Family Building for Nursing and Population Health. Furthermore, under his leadership, TRU developed and approved several institutional plans including the academic plan, strategic priorities plan, sustainability plan, strategic research plan and the campus master plan of 2013.

Alan Shaver epitomizes TRU’s mission to be a comprehensive, learner-centred, sustainable university that serves its regional, national and international learners and their communities through high quality and flexible education, training, research and scholarship. His accomplishments and contributions to TRU further fostered the university’s vision to be a community-minded place of belonging where all people are empowered to transform themselves, their communities and the world.

It gives TRU great pleasure to confer the title of President Emeritus on Dr. Alan Shaver.