School of Trades and Technology

The importance of water safety

Because water is a key element for all life, a safe supply is essential for all users. By finding a good water source and taking care to treat and protect it until it is delivered to the consumer, we can avoid serious health, financial, or legal consequences. The public relies on water that is clean and safe for everyone.

Many of us expect to receive absolutely pure water. While Canada has an abundant supply of surface water, it is not all pristine. Groundwater is generally plentiful, but can be easily contaminated.

Appropriate protection of supplies and proper treatment can help to maintain the public’s expectation of a high quality water supply.

Safe water for all

In community water systems, a minimum level of quality must be maintained for all users. This minimum quality must be provided in all systems—from the very small commercial facilities and small neighbourhood systems, to the largest municipal systems. Regardless of where the water is used, it should be safe.

Owners and operators of small water systems have a critical role in the delivery of safe drinking water. In fact, they are legally responsible for providing safe water to their users. It can be argued that they also have an ethical obligation to provide potable water.

Around the world, people become ill from drinking contaminated water every day.

The World Health Organization estimates that 88% of all diarrheal diseases worldwide are caused by an unsafe water supply, sanitation, and hygiene.

In Canada, there were over 27,500 cases of giardiasis alone reported between 1996 and 2000. Occasionally, large outbreaks are linked to a specific source and cause. Accounts of specific outbreaks are available at the Canada Communicable Disease Report website:

Waterborne illness is often unreported or under-reported. Many cases of waterborne illness are reported but may not be linked to unsafe water. Inconsistent reporting makes it difficult for the public health community to estimate the scope of the problem.

A variety of diseases are transmissible by water. These include protozoa such as Giardia and Cryptosporidium; bacteria including E. coli, Campylobacter, and Shigella; and viruses like hepatitis A. Parasitic worms can also be passed on through contaminated water.

In addition to the common symptoms of abdominal cramps and diarrhea, many of these disease-causing microbes can cause long-term illness, permanent damage, and even death.

*Also note: As well as affecting the taste and odour of water, chemical contamination can also cause serious illness.

The BC Provincial Health Officer reports that between 1980 and 2000, there were 17 confirmed outbreaks of disease related to drinking water in BC.

Maintaining a safe water supply helps protect the owner / operator of a small water system and the water users from the serious and potentially costly consequences of waterborne illnesses.

In addition to affecting public health, the potential consequences of outbreaks can be numerous and costly: 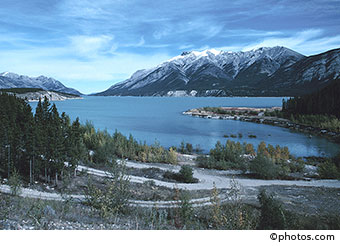 Is this water safe to drink? 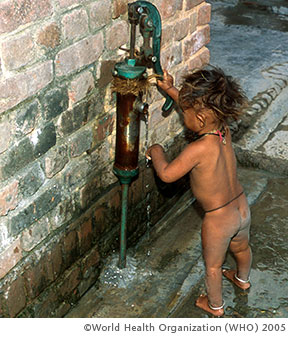 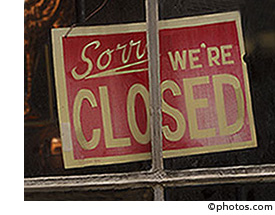 Out of Business: The Cost of Unsafe Water