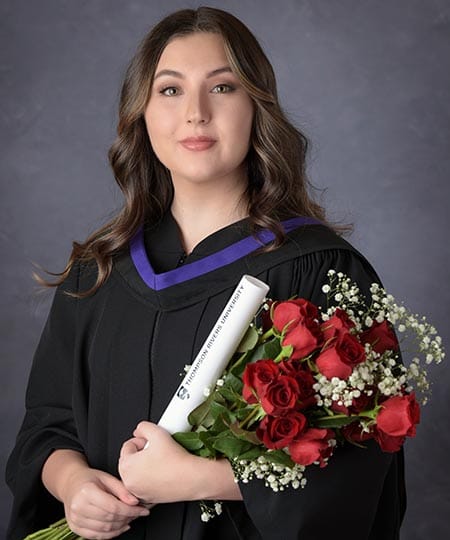 2021 - Angelica Maria Kovac graduates with a Juris Doctorate degree. Prior to enrolling in Law, Angelica received her Honours BA in Psychology with a minor in Sociology from TRU. Throughout her studies, Angelica was motivated by the collegiality of TRU’s law school to participate in many TRU Law events, committees and classes. In her second and third years, she worked as a Supplemental Learning Leader for Constitutional Law. Additionally, she was elected as the student representative for the TRU Law Admissions Committee and dedicated much of her third year balancing her service to this committee and participating in the Wilson Moot. In 2018, Angelica received the Kamloops Bar Association Bursary and in 2019, she received the George Lamperson Memorial Law Bursary. Angelica has also received Dean's course prizes in Constitutional Law, Indigenous Peoples and Canadian Law, and Creditors' Remedies. Upon graduation, Angelica will begin articling at Fulton & Company LLP in Kamloops. 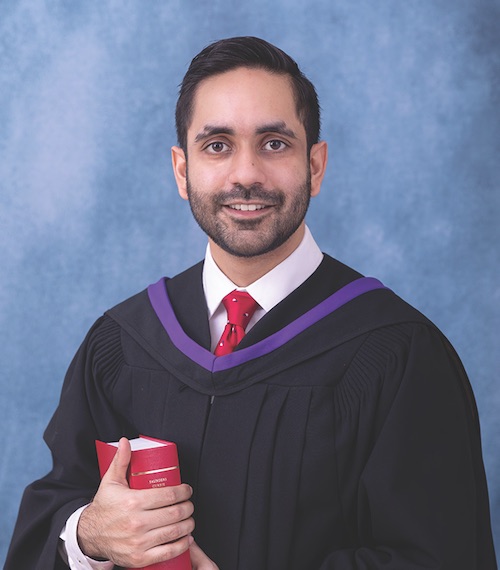 2020 - Arjun Singh Hair graduates with a Juris Doctorate degree. Throughout his studies, Hair enjoyed making a real difference through his elected roles on the Society of Law Students, first as the second-year representative and then as president. These roles allowed him to advocate for students on Faculty Council. He was an active member of the South Asian Law Students Association, the Black Law Students Association, the Woman and Law Society and the Oral Advocacy Club. In his final semester, he served as editor for the Canadian Journal of Comparative and Contemporary Law. Hair rounded out his intellectual prowess with physical literacy as a member of TRU Law’s Basketball Club and founder of the Sports and Entertainment Law Club. Continuing to challenge himself and make a positive impact, he ran fundraisers for the TRU Outlaws, Pivot Legal Foundation, the Elizabeth Fry Society and Movember. After catching up on lots of video games, Hair plans to complete his articles and become a lawyer. 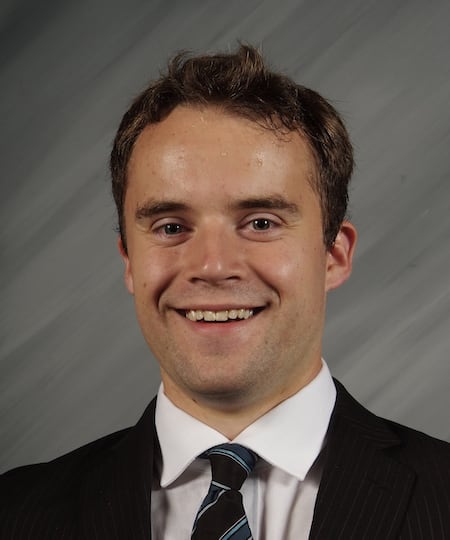 2019 - Michael Geib is from Calgary, Alberta, where he completed his undergraduate studies at the University of Calgary. Michael is thankful for his parents and brother for their unwavering support. As a member of the TRU Law Class of 2019, Michael had the privilege of being involved in several law school initiatives including twice competing on the TRU Law Hockey Arbitration Competition of Canada team, serving as Academic Director of the SLS in 3L, and serving on the SLS Conference Committee in 2L. With law school complete, Michael is returning to Calgary to begin his career. Michael will be articling at the Calgary office of Parlee McLaws. Michael’s favourite part about TRU Law is the people who have made law school a "TRUly" incredible experience. Michael’s biggest law school regret is failing to convict Jesse Decanter in the 1L moot. 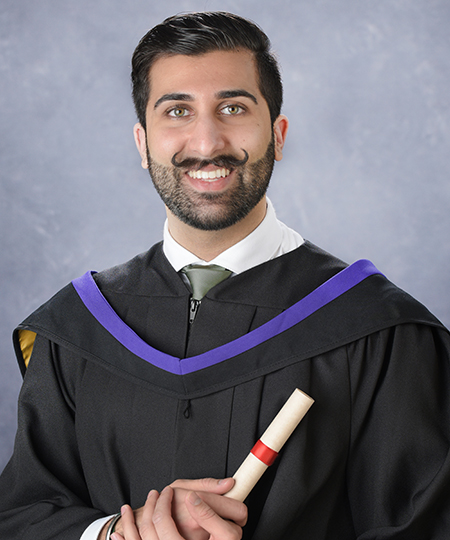 2018 - Steven Shergill for the Faculty of Law. Steven Shergill completed his Juris Doctor and holds a Bachelor of Commerce from the University of British Columbia. He chose law as his way of giving back to the Canadian legal system, which not only provides stability and protection for citizens, but also allowed his forefathers from Punjab to make a home here. During his time at TRU, Steven assisted law faculty member Katie Sykes with her research on First Nations businesses in Kamloops and on access to justice. He was the academic director of TRU's Society of Law Students, where he advocated for the student voice on various faculty committees. After graduation, he articled with the City of Surrey's in-house counsel. 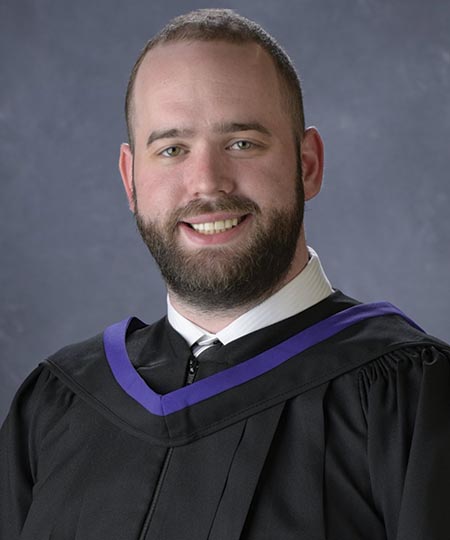 2017 - Eli Zbar for the Faculty of Law. Eli Zbar completed his Juris Doctor and holds a bachelor's degree in philosophy from the University of British Columbia. His passion for working with people led him to choose law school, as the practice of law is fundamentally about helping people. Zbar was the first TRU Law student to conduct a self-directed qualitative research project, which focused on improving student training in the Clinical Legal Education program. He received the Dean’s Course Prize for Clinical Practice in Winter 2016 and the 2017 Law Foundation of BC Public Interest Law scholarship. He started his career as a lawyer in downtown Vancouver and pursuing graduate-level legal studies. 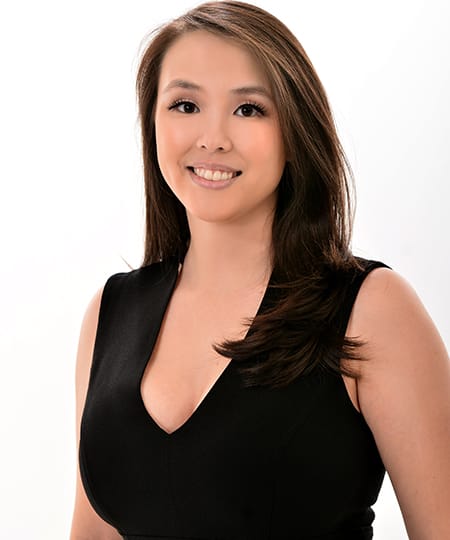 Prior to beginning law school, Paige obtained a Bachelor of Arts degree in History from the University of British Columbia. She worked extensively in the customer service industry and at a medical-legal company assisting clients with personal injury litigation. Paige’s passion for solving complex problems, coupled with her undergraduate studies of the history of law, inspired her to attend law school.

Known for her deep commitment to the TRU Law community, Paige dedicated much of her time to student initiatives and mentorship. Paige has volunteered with Pro Bono Students Canada, served as Co-Chair of the Society of Law Students Legal Conference, and was an executive of the TRU Pan-Asian Law Students Society. She was a teaching assistant in the first-year course “Legislation, Administration and Policy” and acted as a research assistant to Professor Spitz. Paige was awarded Dean’s Course Prizes in Civil Procedure and Insurance Law and was a Dean’s List recipient. In her final year, Paige represented TRU Law at the Wilson Moot and was an editor of the Canadian Journal of Comparative and Contemporary Law. After articling at Fasken LLP in Vancouver, she will be clerking at the BC Supreme Court. 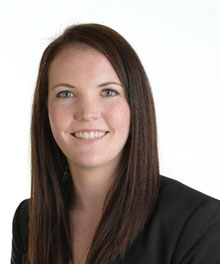 2020 - Law Society of British Columbia Gold Medal: Heather Maki. Heather Maki received a Bachelor of Arts in Politics, History, and Economics alongside a certificate in Global Studies and Community Development at the King’s University before obtaining her Juris Doctor from TRU. She was inspired to pursue law after volunteering as a court mentor for female youth with the Elizabeth Fry Society of Edmonton. Heather volunteered with the TRU Pro Bono Students Chapter, providing legal research and writing for the Canadian Civil Liberties Association and the Shuswap Nation Tribal Council, and was a student clinician at the Community Legal Clinic. She competed in the Wilson Moot, participated in the annual Western Law Rugby Championship, and was captain of the women’s law rugby team in her final year. Heather made the Dean’s List in all three years and won Dean’s Course Prizes in Constitutional Law, Civil Procedure, Trusts, and Basic Tax Law. She also was awarded the Guild Yule LLP Outstanding First Year Moot Prize, Alexander Holburn Beaudin & Lang LLP Scholarship, Shaver Scholarship, Sherman Jen Law Scholarship, Law Foundation of BC Entrance Scholarship, and the Canadian Bar Association BC Branch Award. The support and collegiality from the students and faculty at TRU were invaluable in helping Heather develop her legal analytical skills while access to nature and outdoor sports in Kamloops allowed her to thrive as a law student. Heather will be clerking with the BC Supreme Court in Victoria before articling at McCarthy Tetrault in Calgary. 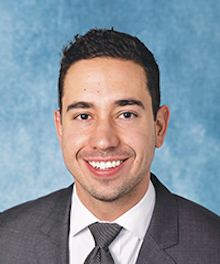 2019 - Law Society of British Columbia Gold Medal: Oliver Verenca. Oliver Verenca was inspired by his law colleagues and instructors, but is an inspiration himself. He started a golf club, edited the Canadian Journal of Comparative and Contemporary Law, represented TRU at the Hockey Arbitration Competition of Canada and acted as a mentor. He researched for faculty, worked as a teaching assistant and was a student clinician at the Community Legal Clinic. He also received numerous awards: eight Dean’s Course Prizes, the Ken Lepin Prize of Excellence in Law, the Norma Quinn Memorial Prize in Real Estate Law, the Alvin and Lydia Grunert Undergraduate Scholarship, the Guild Yule LLP Advocacy Prize and First Year Moot Prize, the Law Foundation of BC Entrance Scholarship, the Fulton and Company Law Entrance Award and the Dean’s List. 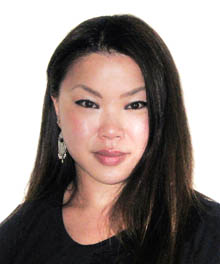 2018 - Law Society of British Columbia Gold Medal: Danielle Charmaine Ching. Danielle Charmaine Ching was inspired to pursue law after working as a legal assistant and paralegal in Toronto. After seeing an emotional exchange between a young woman and a prosecutor, she recognized the power law has over ordinary lives and wanted to pursue a career in such a dynamic and challenging field. After joining TRU Law, she continued to develop a love for the law by working as a teaching and research assistant and volunteering with the John Howard Society. She was awarded multiple Dean’s Course prizes and worked as a judicial law clerk with the BC Supreme Court in New Westminster after graduation. 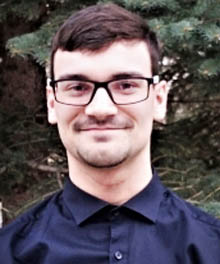 2018 - Law Society of British Columbia Gold Medal: Brandon Harrison. Brandon Harrison’s undergraduate studies in criminology ignited an interest in law, and he continued on to pursue a Juris Doctor. He served as a teaching assistant for a course in Legislation, Administration and Policy, was a member of the Faculty of Law’s Oral Advocacy club from 2015 to 2016, and played on the Faculty of Law Soccer Club from 2016 to 2018. He was awarded the Shaver Scholarship in Fall 2016 and won Dean’s Course Prizes in Advanced Legal Research, Conflict of Laws, and Creditors’ Remedies. He says the young, engaging faculty helped his class develop practical and innovative solutions to legal issues. 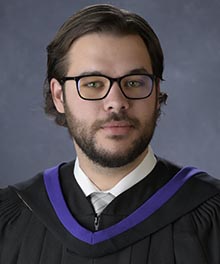 2017 - Law Society of British Columbia Gold Medal: Simon Meijers. Simon Meijers chose law because he wanted a career that would be interesting and continually present new challenges and opportunities. During his studies, he enjoyed the practical aspect of learning about the law, participating in the 2016 Wilson Moot and the 2017 MacIntyre Cup Moots. He was also an editor of the Canadian Journal of Comparative and Contemporary Law in 2016/17. His awards include the Shaver Scholarship, the TRU Law Second Year Scholarship and numerous course prizes. After graduation he began a clerkship at the British Columbia Supreme Court in New Westminster, and following that, he articled with the Department of Justice in Vancouver. 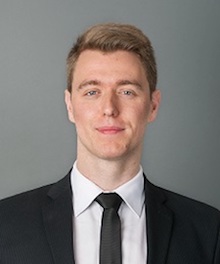 2016 - Law Society of British Columbia Gold Medal: Cole Rodocker. Cole Rodocker received a Bachelor of Arts in English from UBC Okanagan before obtaining his Juris Doctor from TRU. Consistently among the top students throughout his years at TRU, he made the Dean’s List in his second and third year and received numerous Dean’s Course Prizes, awarded for achieving the highest mark in a course. In addition, he has received over $35,000 is scholarships and awards, including the Alvin and Lydia Grunert Scholarship in Law, ScotiaBank Course Prize in Business Associations, Norma Quinn Memorial Prize in Law for Real Estate, TRU Law Scholarship, and TRU Law Second Year Scholarship. 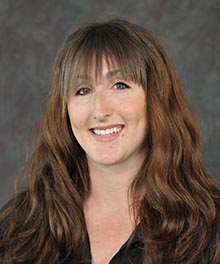 Lou joined the first year class at TRU Law in September 2012 having graduated from Queen’s University with a Bachelor of Arts Honors Degree in Human Geography. Her commitment to her chosen career path in the legal profession is clearly evident in her academic studies, having been on the Dean’s list for all three years. She served as an elected representative on the Society of Law Students Executive, participated in many social activities, co-authored a research paper with Professor Chris Hunt, was selected as a student editor for the Canadian Journal of Comparative & Contemporary Law, and was selected to represent TRU Law in the National Wilson Moot in Toronto this year.

After graduation Lou clereked at the British Columbia Court of Appeal and articled at Bull, Housser & Tupper LLP in Vancouver. 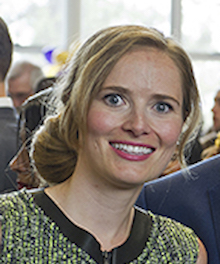 2014 - Law Society of British Columbia Gold Medal: Taylor-Marie Young. Taylor-Marie Young was raised in Kamloops, and completed a Bachelor of Journalism and a TESL certificate at TRU. After teaching English in Japan, she obtained a Master of Arts in Linguistics from the University of Victoria. An active and engaged student and volunteer, she was the external representative of the TRU Society of Law Students (SLS). She co-edited the first TRU Law yearbook, participated in the BC Law Moot in Vancouver, worked with faculty on independent research projects and presented an academic paper at a student law conference. Taylor-Marie began her articles in August at Guild Yule in Vancouver.