Melanie worked as Parliamentary Counsel in the House of Commons from 2005 to 2010 and the Senate from 2010 to 2015. Before that, she worked in private practice at a firm with a strong technology law focus. Her LLM was with a specialization in Regulation, Technology and Society.

Melanie is the Secretary of the Institute of Parliamentary and Political Law and an editor of the Journal of Parliamentary and Political Law. She has also served on the Board of the Canadian Bar Association as well as on the Board of the Continuing Legal Education Society of British Columbia. She is a member of the Métis Nation of British Columbia.

Her instruction takes place primarily remotely from Victoria, where she lives, works and teaches on the traditional territory of the lək̓ʷəŋən People, known today as the Esquimalt and Songhees Nations. 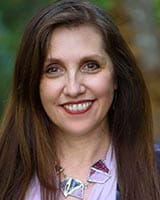