From early in her career, Heather has had an affinity for all things bankruptcy. While in private practice, she streamlined student loan hardship applications making them less expensive and more accessible. Her arguments from those applications are still being used today. She currently works in the Ministry of Attorney General where she advises on insolvency and collections issues.

Heather has been a guest speaker and mentor on bankruptcy issues at the University of Victoria’s Law Centre Program. She has served on the boards of the Young Lawyers and Women’s Forum subsections of the Canadian Bar Association – BC Branch (CBABC) and on the board of the Together Against Poverty Society (TAPS).

When not practising law, Heather loves playing bass guitar with her band, The Remnants. 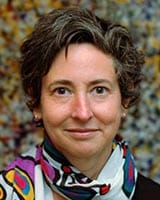