Gareth Morley [pronouns he, him, his] is Senior Counsel with the British Columbia Ministry of Attorney General’s Constitutional and Administrative Law Group. He was called to the bar in 1999.

Since August 1999, he has practiced with the British Columbia government as a civil litigator, legislative drafter and constitutional and administrative lawyer. He has appeared at all levels of court, most recently representing the Attorney General of British Columbia in the Greenhouse Gas Pollution Pricing Act Reference and Reference re Article 35 of the Quebec Code of Civil Procedure in the Supreme Court of Canada.

Gareth has published articles on constitutional interpretation and originalism, administrative law and government contracting, pension law and on sentencing and the Charter of Rights and Freedoms. He is co-editor and contributing author to the treatise Government Liability: Law and Practice.

His instruction takes place primarily remotely from Victoria, where he lives, works and teaches on the traditional territory of the lək̓ʷəŋən People, known today as the Esquimalt and Songhees Nations. 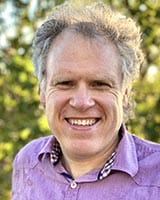