Brad is a coach of the BC Law Schools’ Moot.

Brad advises and defends people who are under investigation by the police, charged with a criminal offence, or otherwise in trouble with the law. An accomplished criminal defence lawyer with a reputation for excellence, he has more than 22 years of experience in criminal law, including as a prosecutor. In 2019, Brad was appointed a King’s Counsel. Brad defends clients throughout BC, including in Kamloops, Williams Lake, Vernon, 100 Mile House, Salmon Arm. He has also defended clients charged with criminal offences in Prince George, Prince Rupert, Nelson, Vancouver.

Brad has significant experience handling many different kinds of criminal law matters, including:

Unlike most aspiring lawyers, Brad went to law school because he wanted to practise criminal law. At law school he took as many courses as he could in subjects related to criminal law and he got into court helping people at every opportunity. While other law students were studying subjects like Tax Law, Brad was taking advanced litigation courses in subjects like Evidence or Trial Practice. Then, several years after he qualified as a lawyer, Brad completed a Masters degree in Criminal Law. 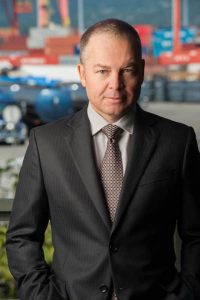