Thompson Rivers University (TRU) was founded in 1970 as Cariboo College, one institution in a network of two-year community colleges created in British Columbia to improve access to post-secondary education and training.

During the 1970s and ‘80s, its business offerings consisted of a university transfer program allowing students to complete the first two years of University of British Columbia’s (UBC) Bachelor of Commerce or Simon Fraser University’s (SFU) Bachelor of Business Administration before transferring to Vancouver. It also offered certificates and diplomas in accounting, marketing, management and office administration in Kamloops and at a number of satellite campuses. These programs were overseen by the Director of Business, Computing, and Mathematics.

In 1989, Cariboo College became the University College of the Cariboo (UCC) as part of a new provincial effort to provide greater access to full university degrees. UCC began offering a Bachelor of Business Administration (BBA) in association with SFU in 1990 that contained concentrations in general business, human resource management, and marketing. With university status, the Director of Business, Computing and Mathematics became a dean. UCC received authority to grant its own degrees in 1994, and by 1996 the BBA was independent of SFU. 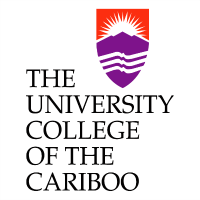 Over the 1990s and ‘00s, the BBA expanded dramatically with new concentrations in accounting, economics, finance, international business, information technology and new venture creation. A Minor in Management in the Bachelor of Arts, Bachelor of Sciences and Bachelor of Computer Science; a Double Degree in business and computing; and a number of post-baccalaureate diplomas in the different business disciplines were also introduced. The concentrations in the BBA were converted to majors and minors in the mid-2000s to provide students greater depth in their area of specialization and stronger linkages were established with the professional designations. TRU World and the School worked to establish a number of international partnerships including offering the BBA at two universities in China.

The School introduced its first graduate program, a General MBA, in 2005. That year TRU also received full university status and was given responsibility for BC Open Learning, which provided a wide array of distance education courses and programs. Very quickly, TRU became a leading distance education university with one of the largest online business schools in Canada. Since 2005, the faculty profile began to change. Instead of hiring industry practitioners, an increasing proportion of new faculty were PhDs and active researchers. An academic ranking system (assistant, associate, and full professor) was established for research faculty in the 1990s but it was not until receiving university status and changes to the research requirements in the faculty collective agreement that the scholarly output of the School began to increase significantly.

From its humble beginnings in the early 1970s, the School has experienced tremendous growth, especially in the last 15 years. Enrolments have increased rapidly due to the university’s open admissions policy and influx of international students thanks to the efforts of TRU World, the university’s international recruiting arm. In 2014-2015, there were over 2,550 campus and 1,450 distance learners in the School and another 1,100 studying with our partners overseas. Campus students are younger, usually just out of high school, and over half are now international representing approximately 80 different countries. Distance learners are considerably older and are generally studying part-time while they balance work and family responsibilities here in Canada. To support this student body, the School had approximately 160 different undergraduate and graduate courses, 45 full-time and 15 part-time faculty members, 61 facilitators delivering its distance courses, and 12 support staff.

TRU and the School of Business and Economics started in a new direction beginning in 2012. In recognition of its growing research focus, TRU was accepted as a member of the Research Universities’ Council of British Columbia (RUCBC) consisting of UBC, SFU, University of Victoria, Royal Roads University, and University of Northern British Columbia. To improve program quality, the university also announced it would pursue accreditation with Northwest Commission on Colleges and Universities (NWCCU) while the School began working towards Association to Advance College Schools of Business (AACSB) accreditation.

Beginning with the introduction of a number of associate deans, support staff and chairpersons, the School has started the long process of redesigning itself to meet the high academic and operational standards required for accreditation. As a result of RUCBC membership, more emphasis is being placed on scholarship and development. Additional senior research faculty are being recruited who serve as valuable mentors to their younger colleagues. Funding for all forms of scholarship and development is increasing and student services and curricular, co-curricular and extra-curricular activities are being expanded to a level comparable with other accredited universities. A comprehensive assurance of learning system is being introduced to ensure program learning goals and objectives are met and courses display the same high level of quality and rigour regardless of mode or location of delivery. Finally, the school began offering its MBA online in 2013 and introduced a major in supply chain management, as well as, a number of standalone minors in leadership, project management, and management information systems.

With a student body that is half international, a high proportion of faculty with overseas experience, and a growing number of international partnerships and exchanges, the School is on the verge of being able to offer a truly encompassing global educational experience. The school’s future has no boundaries.