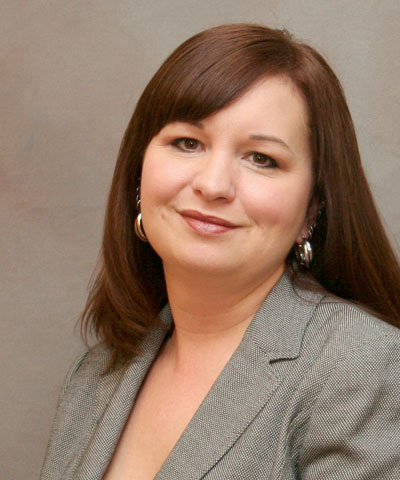 I know a lot of people that don't have their degrees, and over the years that can leave a big hole. To have completed this was a phenomenal experience, not only for myself but for my family, and I think it's probably one of the greatest personal achievements I've had to date.

For two years, Nicole Wershler had a deal with her family. During the journey to their family vacations, she could break out the textbooks – but once they reached their destination, the books would be tucked away, and there they would stay until it was time for the trip home.

After many, many Saturdays, plane flights and holiday weekends devoted to studying, and some help from PLAR, Wershler graduated with her Bachelor of General Studies degree in 2014. It was no small task, but she had plenty of motivation.

Over the course of her career, Wershler has amassed an impressive resume and is now a Manager of Strategy and Planning. But she didn't have a bachelor's degree, an omission from her credentials that had always bothered her.

She completed two diplomas at Thompson Rivers University (TRU) back when it was the College of the Cariboo, but as she advanced in the workforce, she worried that lacking a degree would limit her opportunities. She was beginning to find that companies were making "exceptions" to hire and promote people who didn't have degrees, if they were doing so at all.

"I didn't want to be anybody's exception," Wershler says. "I've worked very, very hard. I know that I'm a good performer, and I wanted to make sure that I had the credentials to ensure that I could move forward in my organization."

But as a mother of two with a demanding job, one that required frequent travel, going back to school full-time wasn't an option, nor did she want to spend several years on the process.

"You become who you are as a career person, you've got a lot of years of work experience, life experience, and it's intimidating to even think about coming back to school," she says.

As she began to research her options, she read about the Prior Learning Assessment and Recognition (PLAR) program on the TRU website. PLAR is a process through which people with significant prior learning – usually achieved through work, volunteer or prior education – can receive academic credit towards their program through an assessment process.

Ultimately, her broad and extensive work history paid off: after receiving credit through PLAR and petitioning for four courses, Wershler had to complete just seven courses to receive her Bachelor of General Studies, which she knew she could manage in a two-year timeline. Still, the process of fitting degree completion into an already full schedule was, she says frankly, "ugly."

"This was a very hectic time, as you can well imagine," she says. "I work full time, I'm a mother of two, I travel a lot. So it can get very discouraging. And every time you get a new box in the mail you think oh, my goodness, I can't do this."

What helped her continue was the support of the PLAR advisor and her program advisor, particularly an early piece of advice: "The one thing [my advisor] said to me was, 'When you graduate, and you will, make sure you come back and cross the stage.' So when things got very difficult I hung on to that."

And, in June 2014, Wershler did just that: she travelled to Kamloops to attend Convocation and received her degree. Though the journey was difficult, she received more than her credential in the process, and found that PLAR offered a positive opportunity to reflect on her career.

"I think that the PLAR process makes you realize how far you've come," she says. "I realized when I started building this document that I was pretty brave. I had moved a lot of places. I had done a lot of really interesting and different things. And everything that I had learned while I was in university the first time, I had been able to accommodate to some degree. So it was really an exciting opportunity to realize how much you have accomplished."