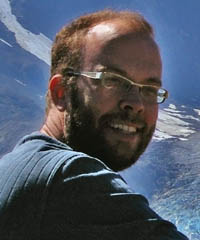 The flexible schedule and synchronous delivery provided by OL were essential to my academic success.

From two short years of post-secondary studies, with a four-year hiatus in between, sprung Jacob Cowan's impressive three-degree CV. This feat, according to Cowan, is largely attributed to online and distance education.

It all began in Salmon Arm, BC, where Cowan completed his first year of studies through Okanagan University College. From there, Cowan took a work interlude only to return four years later to the institution's Kelowna campus to complete his second year.

"Before I enrolled in Open Learning, I was seriously considering re-entering the workforce without a degree," Cowan recalls. "I would now be earning considerably less than I am and would have considerably fewer options."

In 1997, Cowan began his first course through OL; studies which he continued with for over a decade. The impetus behind Cowan's enrolment into OL was due to life changing circumstances—his wife was pregnant and he wanted to continue full-time studies while working.

"While I did my Open Learning classes, I worked full-time at the information Centre in Keremeos and part-time at the Keremeos Library and helped my wife with our newborn child," Cowan explained. "The flexible schedule and synchronous delivery provided by OL were essential to my academic success."

Currently, this OL alumnus is looking ahead to the even more substantial options that could be his if he were to gain either another master's degree in a different field or a PhD through continued education. The $500 toward his Open Learning education that Cowan won in OL's tuition contest in December 2010 will certainly help him add another credential to his already impressive resumé.