WolfPack Athletics has moved! Visit our new website at gowolfpack.ca 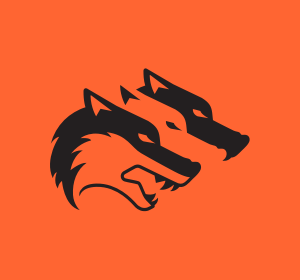 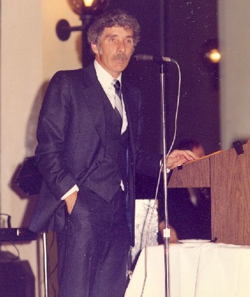 Pat O’Brien is hired at Cariboo College with duties to include sports coordination.

Team colours are yellow and red.

In October 1970, Cariboo College was officially opened by the Honourable D.L. Brothers, Minister of Education. The College spent its first year of operation in the Kamloops Indian School Residence, but in September 1971, the College moved to its present quarters in the new multi-million dollar establishment which had originally been planned to house the Kamloops Vocational School.

With the development of the regional college movement in British Columbia came a need for organized athletic competition. The Pacific Intercollegiate Hockey League was formed to provide for competition between the colleges in organized and recognized leagues.

The first P.I.H.L meeting was called in the early spring of 1969. Represented at this meeting were the following institutions: Selkirk College; Simon Fraser University; The University of British Columbia; B.C. Institute of Technology; Gonzaga University and Notre Dame University.

One of the most positive changes in the P.I.H.L. came at the 1971 Annual General Meeting when Cariboo College of Kamloops and Alaska Methodist of Anchorage were admitted to the league.

In March 1972, the Cariboo College Hockey club represented B.C. at the 1st Annual 4-West Hockey Championships held in Winnipeg, Manitoba. The 4-West Conference is made up of junior colleges and technical institutes in Western Canada. The conference includes teams from B.C., Alberta, Saskatchewan and Manitoba. Cariboo College represented B.C. by virtue of their hockey superiority over the other two year college teams last season, and ended up winning the consolation final at the tournament.

In 1972 Cariboo College left the P.I.H.L. to join the Totem Conference, a league that co-ordinates all collegiate sports for all its member two-year post-secondary institutions in British Columbia. 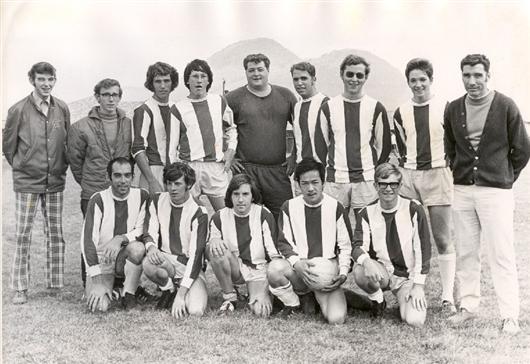 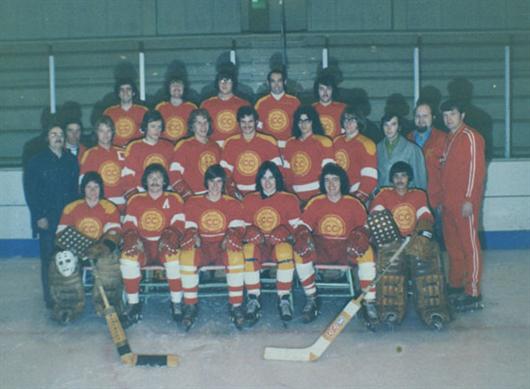 This season proved to be a good one for Chiefs hockey.

The Chiefs finished first in Totem Conference standings with a 15-1 win-loss record, and defeated Selkirk College in the playoffs. Consequently, the Chiefs represented B.C. at the 2nd Annual 4-West Conference Hockey Championships in Saskatoon in March. At 4-West, they finished 3rd for the second year in a row.

Cariboo College Chiefs were once again Totem Conference Hockey Champions leading the league with 10 points. The Chiefs advanced to the 4-West in Edmonton where they finished fourth. 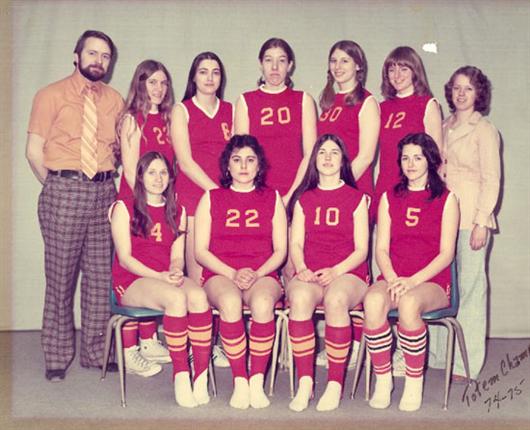 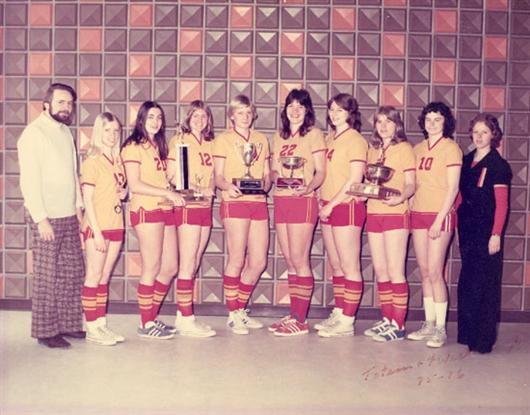 Women’s Basketball will go down as the team of the decade as they won everything in sight. Totem Gold medal and 4 West Championship Gold medal. 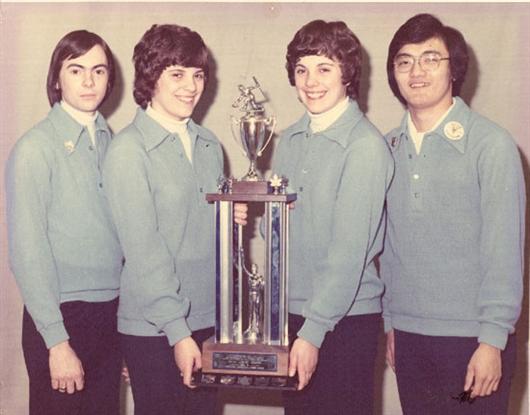 Mixed Curling team repeats as Totem Champions and go on to win the Silver at the 4-West Championships. The Short twins (Elizabeth and Elenor) of Kamloops were key team members during these two years. 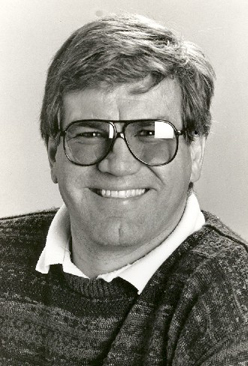 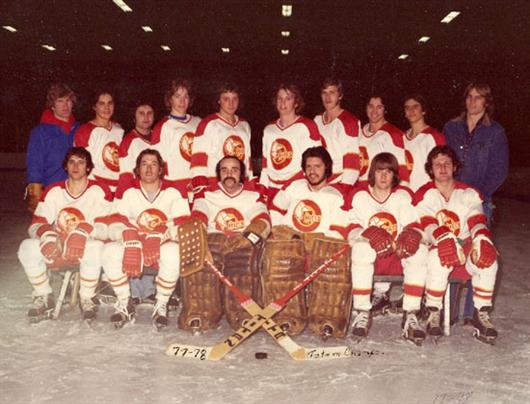 Cariboo College Men's Hockey are once again Totem Champions, but finish a disappointing fourth at the 4-West Championships in Red Deer, AB.

Men’s basketball has their finest year, finishing with a 14-2 record and a second place in the Totem conference.

Cariboo College hosts the 4-West Championships in both volleyball and hockey. 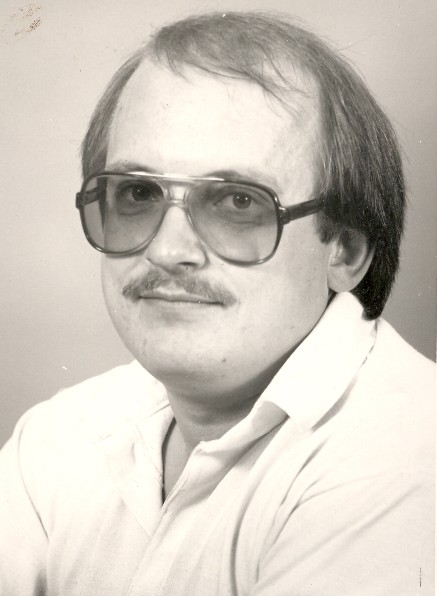 Sports Task Force is formed in the spring of 1980 by a few concerned Kamloops businessmen who wished to assist the Athletic Department. It is their desire to reward athletes who have combined athletic performance with academic achievement.

Men's Curling finishes 2nd at the Totem Championships, and are chosen as representatives to attend the 4-West Championships where they win the Bronze medal.

The Sports Task Force holds their first event, which was to host a Sports Benefit Dinner on October 3, 1980. This dinner was very successful and raised over $5000. The Task Force has solicited approximately twenty athletic cash awards of $300 each. The Task Force hopes to increase the number of recipients to 35 by 1982. 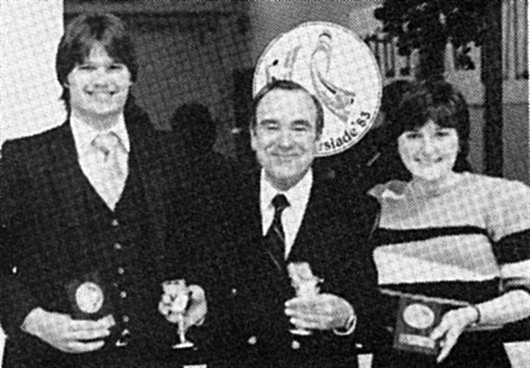 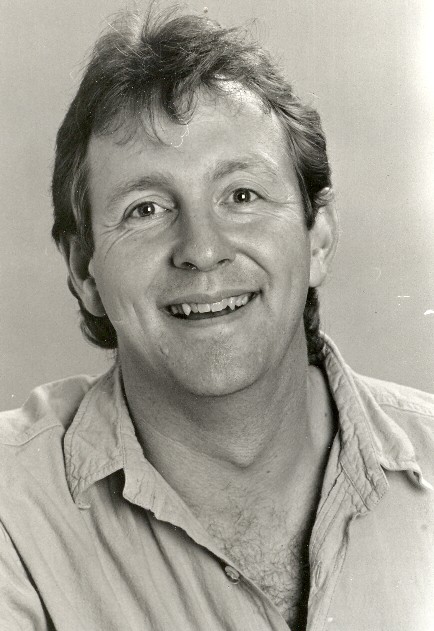 Mark Wilkie begins working part time as a gym supervisor, physical education instructor and Gold Rush volleyball coach. In addition, he volunteers as athletic trainer for Cariboo College on his free weekends. He and his wife Bonnie are also involved in fitness testing at the college. Mark would later become Manager of the Sports Facilities at Cariboo College/UCC.

Cariboo College adopts the colours yellow and blue, and a new logo. 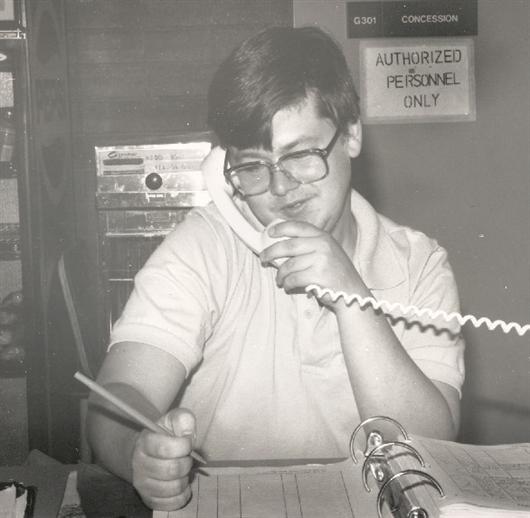 Ray Folvik becomes Cariboo's new gymnasium assistant and becomes a great help to the athletic department in meeting the athletic and recreational needs of both the College and the community. 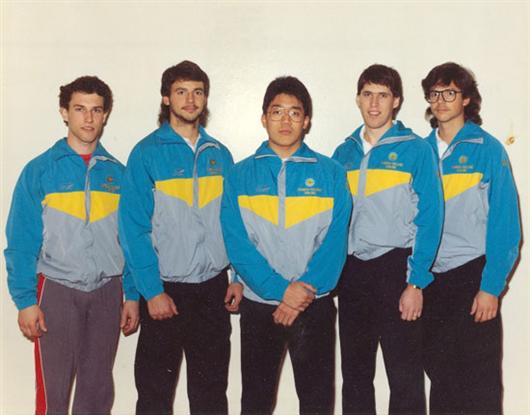 Cariboo College becomes the University College of the Cariboo. Team colours become red and purple, and the Chiefs and Goldrush are dropped to become the UCC Sun Demons.

The UCC Sports Task Force has, up until now, lent financial and scholarship support in excess of $200,000 to some 290 student athletes. 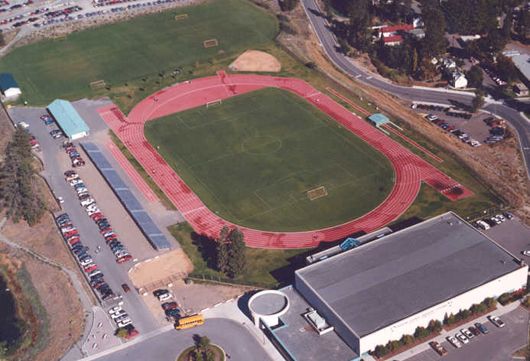 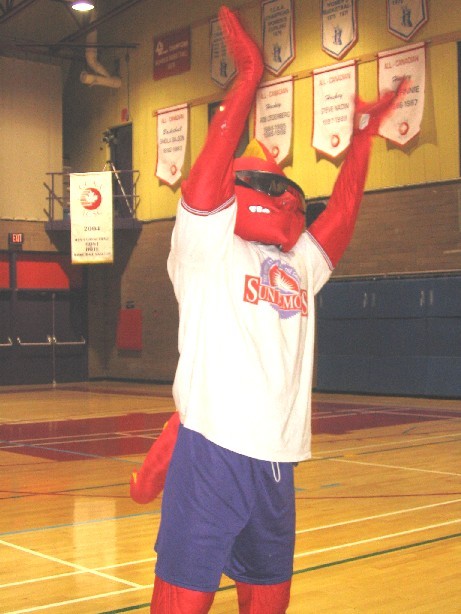 The BCCAA announces they now have four years of eligibility for student athletes.

Pat O’Brien retires as UCC’s first and only Athletic Director. 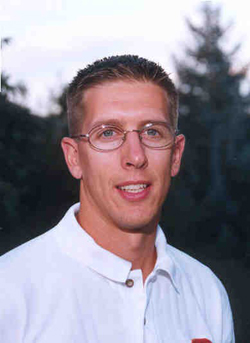 Tracey Bilsky hired as new Athletics and Recreation Assistant and becomes first female in UCC’s 25 year history to be employed as a staff member in the department. 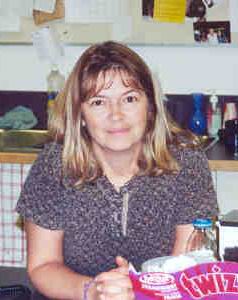 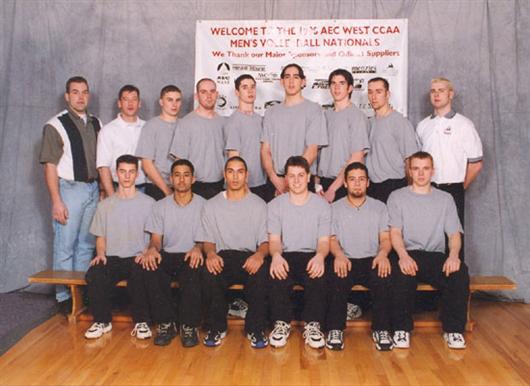 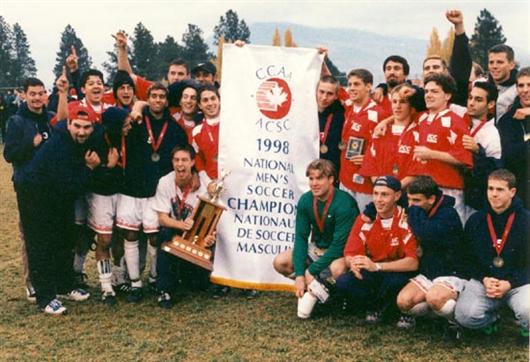 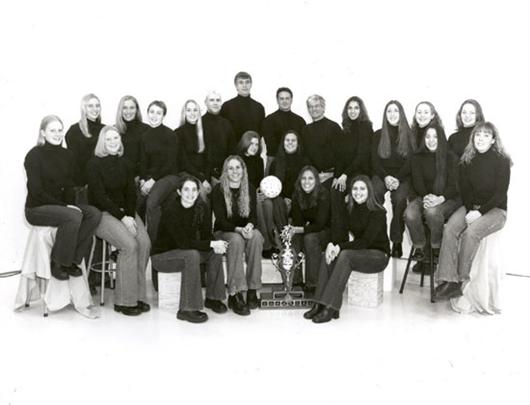 UCC adds a men’s baseball program to the athletic team roster. The baseball team will compete in the B.C. College Baseball League (BCCBL). Programs now offered at UCC are men’s and women’s badminton, basketball, soccer and volleyball, and men’s baseball. 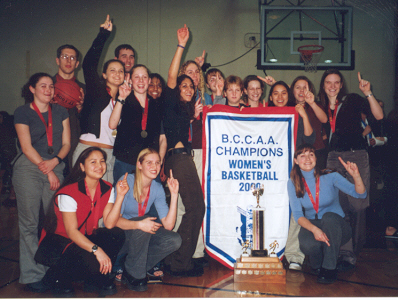 UCC women’s basketball are BCCAA Champions and narrowly miss out on a CCAA National bronze by one basket. 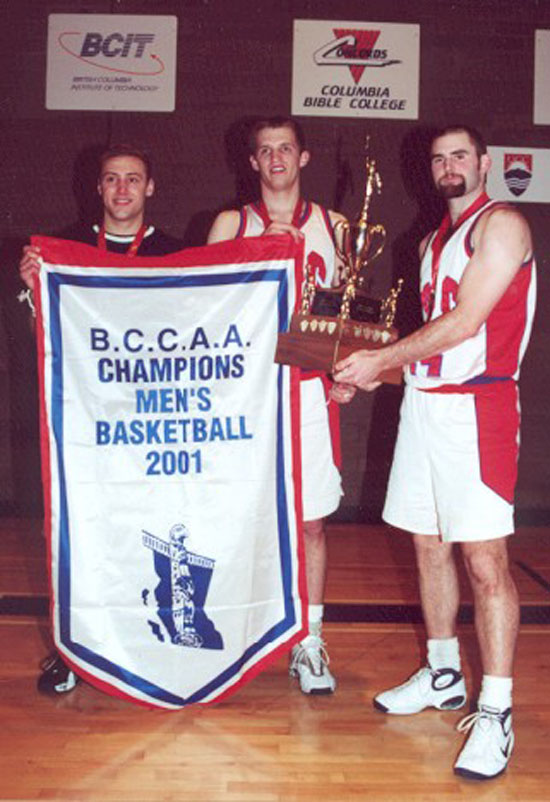 UCC wins the BCCAA Aggregate Award for having the best point total across all sports. 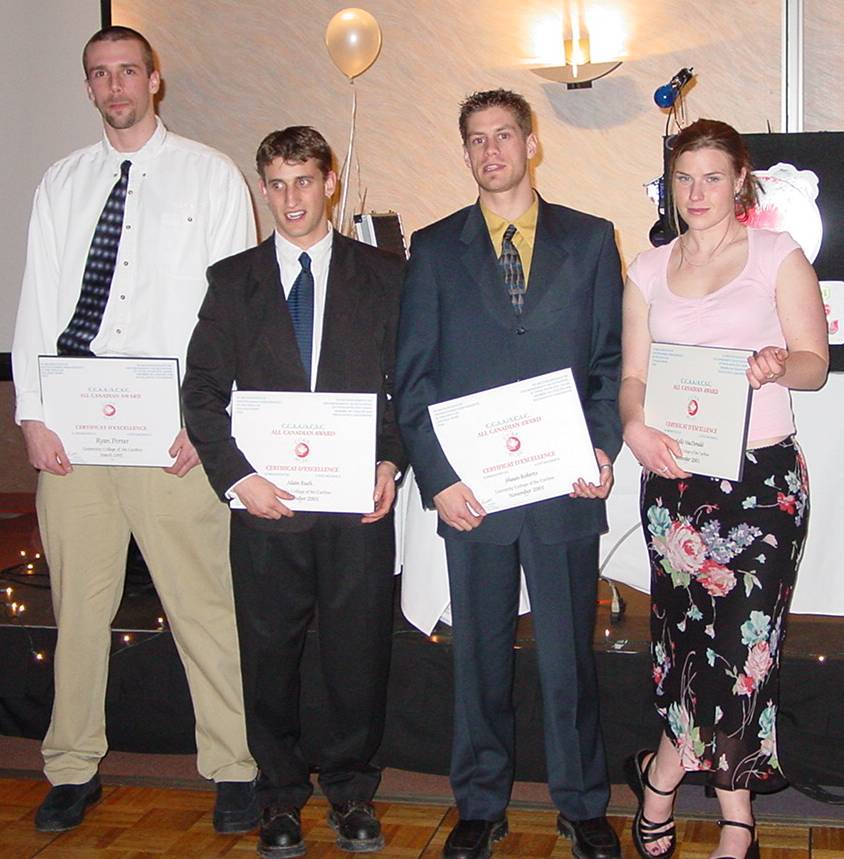 A good year for some student-athletes as Ryan Porter, Alain Ruch, Shaun Roberts and Kelly MacDonald are all presented with coveted CCAA All-Canadian awards. 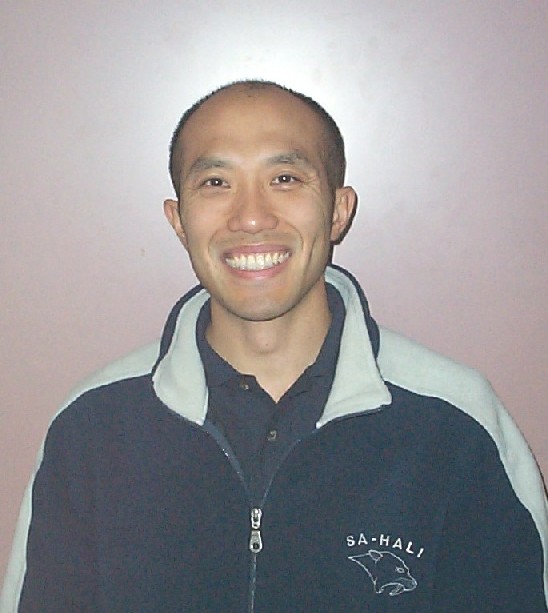 Doug Leong is hired as UCC Director of Athletics and Recreation for a one year contract. 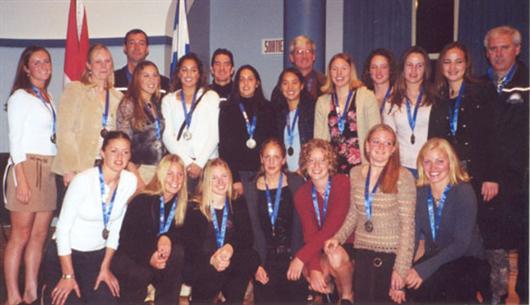 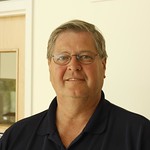 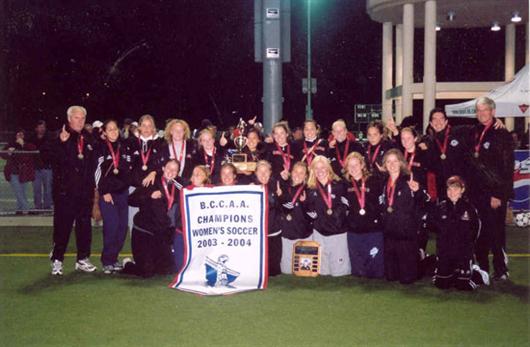 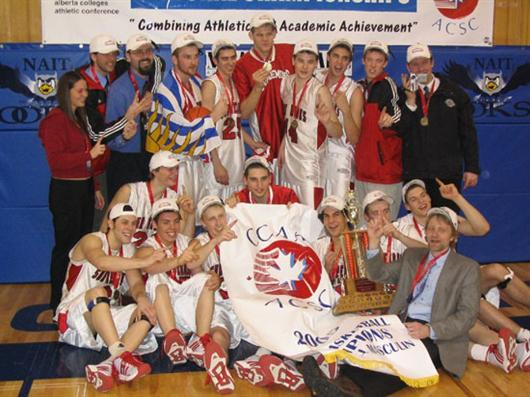 UCC is conditionally accepted into the CIS in men’s and women’s basketball and volleyball. 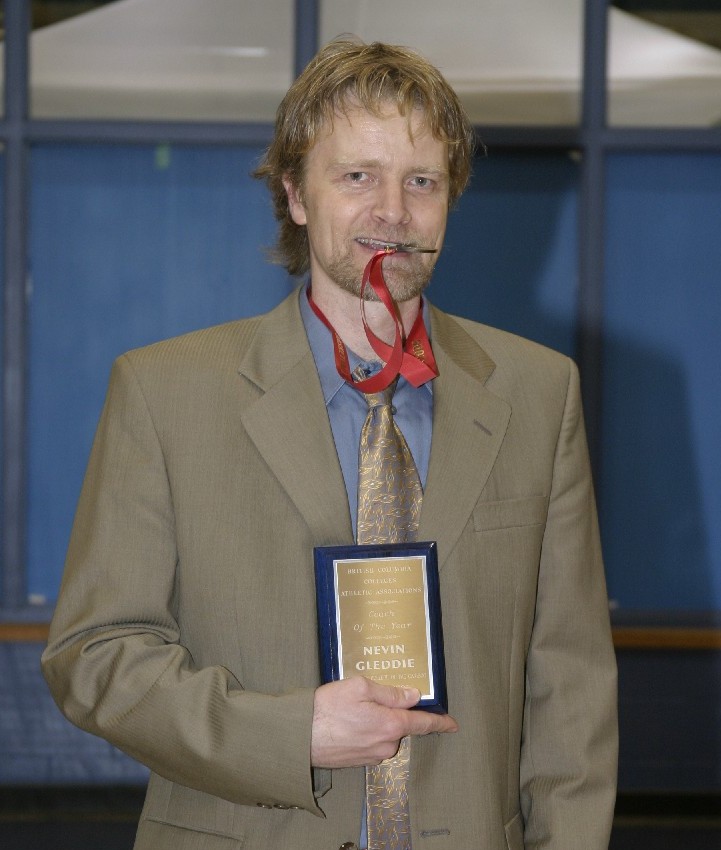 Drew Venables, Lisa Strachan and Sean Garvey are all awarded as CCAA All-Canadians, and men's basketball coach Nevin Gleddie is awarded CCAA Coach of the Year across all sports.

As of April 2005, UCC becomes Thompson Rivers University, and the sports teams say goodbye to the Sun Demons and are renamed WolfPack.

Sports teams are now the WolfPack and basketball and volleyball compete in the Canadian Interuniversity Sport (CIS). Soccer and badminton still compete in the CCAA, and baseball now competes in the newly formed Canadian College Baseball Conference (CCBC).

If you have any questions at all, please contact TRU Athletics directly at
E-mail: jshephard@tru.ca or 250-371-5670.

Help us record the history of Cariboo College, UCC and TRU Athletics. If you have: