Supplemental Learning (SL) leader Kennedy Aberdeen is majoring in accounting, but it’s her theatre minor that has blossomed into a passion. “I originally took theatre as an elective and just fell in love with it. In fact, I decided on my minor before my major. It’s a good balance with business—you develop these soft skills with theater that you don’t get in business studies.”

Though theatre training is not a requirement of business, spending time onstage helps with public speaking, articulation and improvisation. It also fosters confidence, communication and memorization. “Theatre has developed my skill set on a number of levels. Actors receive regular feedback and apply those notes to improve the work. You are collaborating with teams or practicing alone. It exercises all kinds of mental muscles regarding empathy, creativity, flexibility and timing,” Kennedy remarked.

“Through performance, you develop a better sense of your body, mind and spirit—as well as a sense of self-awareness and expression.”

Theatre Coordinator Robin Nichol said, “Kennedy is a very talented gal, and she’s bringing it like nobody’s business. It’s a thrill to have a diverse selection of majors participating in the program; it underlines the fact that theatre is about listening, responding, reacting and relationship building, which is applicable both on and off the stage.”

Armed with the ability to adapt, students can apply that education on so many levels to their other courses, but Kennedy feels that it especially helps when navigating the social realms of networking. Of course, the SL leader has benefited from her theatre training when supporting students during study sessions. “I’ve learned a lot about studying through the practices of others. SL has shown me that there are so many avenues to explore information.”

Kennedy first discovered SL during a financial accounting course and took in a session as part of exam review. Primarily a self-described “lone wolf” when it comes to her study practices, she discovered the benefits of learning with others. Even further, teaching the material offers a whole new layer of learning. “I was closed off to the idea of collaborative study methods. When reviewing, I believed I needed to be alone – focusing solely on the task. I now appreciate the importance of exchanging different perspectives regarding the same subject.”

Last year, Kennedy completed a five-month Study Abroad term at Chapman University in Orange County, California. “Yes, I could have gone somewhere with a more international flavor,” she laughed. “But I felt that California would best showcase the union of show and business working in conjunction.”

While there, Kennedy took International Business, Marketing and Theatre Tech and participated in Chatwin’s Italian and Law Clubs. She also had some Hollywood-esque encounters: caught filming of the James Cordon show, high fived Liev Schreiber and Kelly Osborne, and toured Dream Works Animation Studios to get the inside scoop on the film Trolls.

Upon her return, she met with Brad Morris, Dean of Law, about starting a pre-law society, which took off in summer of 2017 and was made official last September. The club not only promotes the law school, but also allows students to engage with the program through theatrical components with students participating in mock trials.

As a student leader, Kennedy strives to create a safe space for students. “Students can be in such a vulnerable position. Uncertain, exhausted, frustrated—maybe they are upset about a bad mark. I encourage reflection. We can learn from mistakes. I want the sessions to be laidback, friendly, accessible—and above all equal—abandoning any authoritative power dynamic in a classroom.”

Kennedy co-designed and facilitated a public speaking workshop with two other students called “Speak Up.” Once again, she utilized her theatre training, by teaching others how to best prepare for speeches. She also participated in Director’s Fest, the annual showcase of one-act plays directed by senior directing students. Furthermore, Kennedy was recently cast in the upcoming production of She Kills Monsters, an exploration of grief and geek culture by playwright Qui Nguyen.

Set to graduate in 2020, Kennedy continues to thrive from the multitude of opportunities Study Abroad and SL have provided for her to put her education into action. “I’ve learned how to act and react accordingly. Always have a plan but be prepared to roll with the punches.” 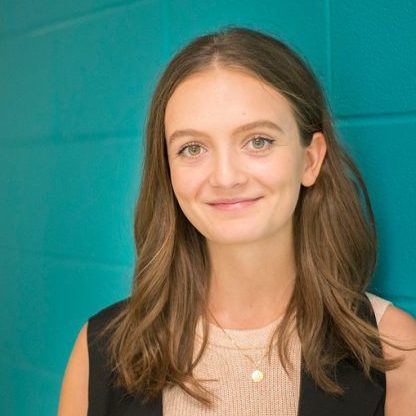 Through performance, you develop a better sense of your body, mind and spirit—as well as a sense of self-awareness and expression. Kennedy Aberdeen

As a high school student looking for a place to study history and theatre, Skylar Nakazawa found TRU to be ideal. The bachelor’s degree in theatre is unique in B.C.’s interior, and it allows for exploration of other passions. On top of that, faculty members have built a reputation for themselves by remaining active in the field.

Skylar wanted to focus on technical theatre, especially stage management. At the time there were only introductory courses in these areas, but that turned out not to be a problem.

“The program is quite intimate, allowing the professors to really get to know their students and what their goals are. The professors worked with me to give more practical opportunities throughout my time in the program.”

She was soon involved with tech and stage management for university and community productions. Experience with Project X Theatre and Western Canada Theatre was particularly helpful.

“This was a unique opportunity to test out the skills I had been learning as well as see how I would like the career I was aiming for. Because of the professors' connections I was able to gain full apprenticeship with Western Canada Theatre.”

Acting and vocal training have given Skylar empathy for performers, and skills learned on the technical side give her the ability to trouble-shoot before issues and safety concerns arise.

“Dealing with any live event always poses the challenge of something going wrong. My experience in the program allowed me to enter my field with more practical training about adapting and problem solving quickly in the moment than any other program I have researched.”

Skylar found herself with steady work even before she graduated. Now, as a member of the Canadian Actors’ Equity Association, she works mainly in Kamloops and spends the rest of the year travelling the country. 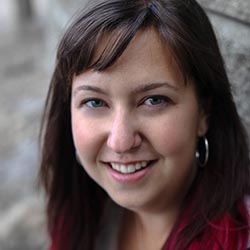 The program is quite intimate, allowing the professors to really get to know their students and what their goals are. Skylar Nakazawa

Dusan Magdolen originally took a theatre course as an elective for his Bachelor of Business Administration program. He liked movies and wanted to take a shot at acting.

Little did he know that he would fall in love, and wind up pursuing two degrees.

“Theatre provided a creative outlet and challenge that I really gravitated toward. Plus, using that creative part of myself helped me in my business courses because I had more innovative ideas, stronger empathy, and greater public speaking and socializing skills.”

Like many students, he found that the best thing about the theatre program was the small size — small enough to get to know everyone and discover plenty of opportunities.

“A group of us even started the TRUDAT (Thompson Rivers University Drama and Theatre) Club, which is still running today, over 10 years later.”

Right out of university, Dusan was hired as Marketing and Communications Manager for Western Canada Theatre — putting both of his degrees to work.

“I don’t think I would have gotten that job without my theatre degree. But even in my current position at TRU (Director of Development), my theatre degree helps me with public speaking, negotiating conversations in a crowd, creative thinking, teamwork, empathy and organization.” 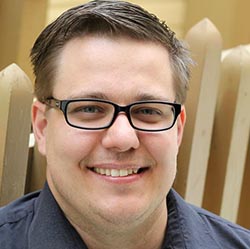 Theatre provided a creative outlet and challenge that I really gravitated toward. Dusan Magdolen

English was Alicia Ashcroft’s strength in high school, but a theatre course at TRU in oral interpretation proved to be addictive.

“After a performance breakthrough I knew that I had to pursue the theatre program. Those three years that followed were deeply influential. I performed in six different shows during that time. I won a U-Reap scholarship in my final year, and was able to combine the two fields of study in the form of a play.”

Two things make TRU special for Alicia: the teachers and the campus. She remains connected and is thrilled to continue taking part in fundraisers and theatre productions.

“When recommending TRU to a high school student, I can’t stress enough how the size of the university appeals. It’s a large school with lots of options and opportunities, but Kamloops is easy to navigate, the campus is charming, but not overwhelming, and the class sizes allow for easily made connections.

“You will get to know your teachers — and to me, that was the most memorable part of my university experience.”

As general manager of River City Gymnastics and Kamloops Princess Parties, Alicia applies her theatre training daily as she copes with kids, parents, actors — and occasionally takes on the role of doll, pirate, mad scientist or the Queen of Hearts.

“My stage management classes were well worth the tuition!” 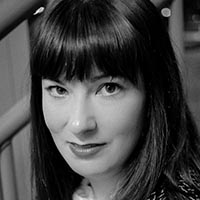 You will get to know your teachers — and to me, that was the most memorable part of my university experience. Alicia Ashcroft

A career in theatre has been a lifelong ambition for Christine Leroux, so taking the program at TRU after high school was an obvious next step.

The intimate teaching environment helped her, and every other student, thrive and develop skills. Christine was able to try out every aspect of the theatre world and ultimately decide on a career path.

“I think what made the program so special to me, though, is the community that it formed. It is a strong (yet small) community and while I am no longer in the program, that community has continued to support me with my job and future career plans.”

As it turned out, she was best suited for stage management and, with help from TRU professors, was able to join Western Canada Theatre as an apprentice.

“I have recently become a full stage manager and that's not something that I could have done without the help and support of the community that I became a part of at TRU.” 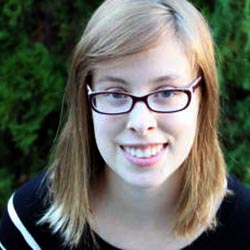 That community has continued to support me with my job and future career plans. Christine Leroux