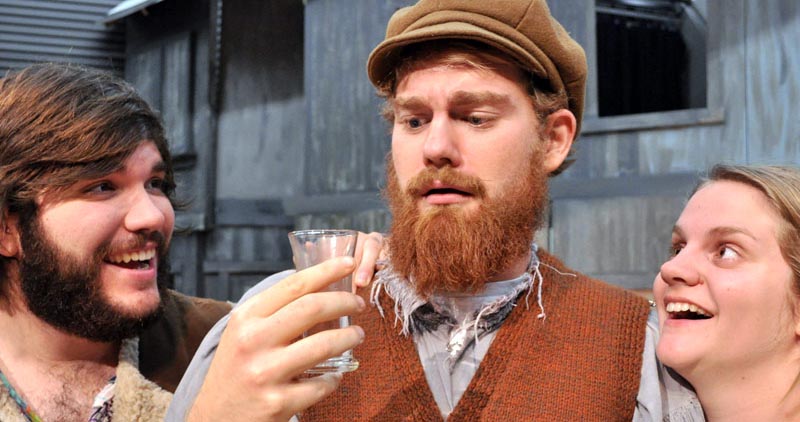 The Actors Workshop Theatre mounts 4 productions per season. Generally the shows open in September/October (Show 1), November/December (Show 2), February/March (Show 3), and April (Show 4). They normally run over 2 consecutive weekends (Thursday, Friday, and Saturday) with an optional matinee Friday for a total of 7 performances.

On-going theatre faculty typically direct the first three shows, while the fourth production is always a Directors Festival featuring third year performance students under the direction of the fourth year Direction and Staging students. Auditions for Show 1 occur at the completion of the preceding Winter semester and begin rehearsal before the start of the Fall semester. Auditions for Show 2 are held at the beginning of the Fall semester, and auditions for Show 3 are held before the end of the Fall semester. All past and present TRU students are eligible to audition, and is not limited to the current theatre student body. If cast, a student may enroll in the optional Play Production course at the first, second, third or fourth year level (1500, 2500, 3500 or 4500).

Auditions themselves vary from director to director, but generally include a cold read and/or prepared monologue, in addition any other evaluation of requirements for production (musical number, dance routine, etc.).

Contact the Theatre Arts program coordinator for details at rnichol@tru.ca.