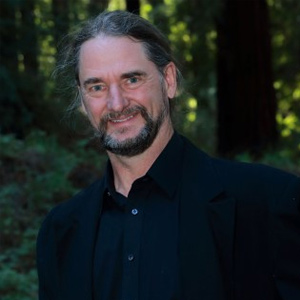 TRU alumnus and multidisciplinary scientist Dr. Bruce Damer has dedicated his career to the exploration of two fundamental questions: how the first living cells originated; and how to provide a viable path for expansion of human civilization beyond Earth. His curiosity in how life originated has led him to study diverse disciplines from computer science and physics to biology and chemistry.

Damer is an associate researcher in the Department of Biomolecular Engineering at UC Santa Cruz; Associate of the NASA Astrobiology Centre; Member of the International Society for the Study of the Origin of Life; founding director of the Contact Consortium; Principal Scientist at Digital Space; and served as Visiting Scholar at the University of Washington.

Damer's childhood in Kamloops served as a catalyst for his interest in life's origins and its viability in space — and how both can be studied via computer simulations. Damer was born and raised in Kamloops, and began undergraduate studies in computing science at Cariboo College in 1979 before graduating from the University of Victoria with a degree in computer science in 1984. A teenaged Damer wrote a regular column for the Kamloops Daily News that explored ideas like man's future beyond the space shuttle — theories for which he has developed as an associate researcher in biomolecular engineering at the University of California, Santa Cruz.

He began his career in the 1980s developing some of the earliest user interfaces for personal computers and, since 2000, has supported NASA with numerous simulations. Damer's company DigitalSpace was awarded contracts by NASA to build an open source 3D modeling platform for the simulation and design of space missions. He also co-developed a concept spacecraft capable of harvesting resources from asteroids in order to create biospheres to sustain human life in space.

Damer received a Master of Science in Electrical Engineering at the University of Southern California and a PhD from the University College Dublin, where his thesis focused on using computers to simulate emergent lifelike phenomena.

Damer's PhD research ultimately led him and his colleagues to co-author a new hypothesis for life’s origins in hot spring pools on land, contrary to the deep-sea vent theory that life originated at hydrothermal vents on the ocean floor. As a computer scientist, Damer's work focused on finding a mathematical algorithm that would explain how more complex compounds were built up from simpler atoms — ultimately concluding that the common ancestor was not a competing individual cell, but a collaborative, symbiotic community.

This terrestrial origin of life theory is now undergoing testing by scientific teams worldwide and has a ripple effect through chemistry, physics, geology, evolutionary biology and philosophy.

Armed with this hypothesis for life’s origins, Damer is now part of a site-selection team advising NASA where to land the next rover on Mars, hoping to convince them to examine rocks at an ancient hot spring in hopes of finding evidence for life.

Damer ties his work on our deepest ancestry to his personal philosophy on humankind’s interaction with the cosmos through probability, interconnection and memory. His significant contributions to the study of life is said to have implications for humanity in scientific, philosophical and spiritual realms. 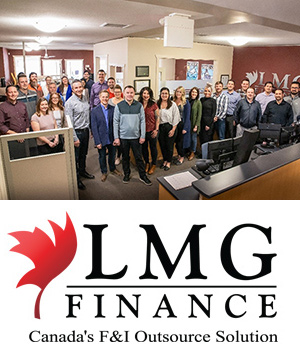 The Milestone Achievement Award recognizes the accomplishments of LMG Finance Inc., whose collective efforts have created an institutional milestone and made a unique contribution to the life and goals of TRU, the students and alumni.

LMG Finance Inc. has been an epitome of innovation and entrepreneurship since its inception 17 years ago. The three TRU partners, Rob Williamson BBA'00, Clayton Burkatsky CSOM Dip '05 and Mike MacPhee BBA '01 all understand firsthand the value of an education from TRU and the power of the co-op educational experience and continue to turn to local talent to facilitate the company’s growth, which has expanded nationwide.

Hiring practices reflect a commitment to the university and community with over TRU alumni making up over 60% of their employees creating a family culture. As a valued co-op partner, TRU students continue to reap the benefits from the experiential learning and mentorship LMG Finance Inc. provides.

As an organization LMG is proud to have built a successful business that add to the dynamics of the Kamloops community and they continue to impact student success by staying involved in scholarship fundraising activities as participants, donors and sponsors.

The TRU Milestone Achievement Award is presented to LMG Finance for the accumulated impact their entire staff has made in the lives of TRU students, alumni and the community. 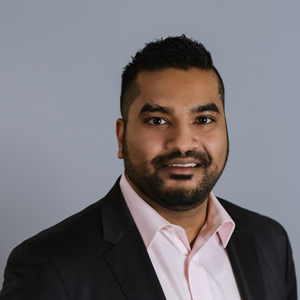 Adil is recognized for his exceptional engagement in the student career development and support of student success. He has shared countless hours of industry expertise to assist TRU students with their transition from classroom to career. Over the past seven years, Adil has enthusiastically accepted every invitation to support student career development. In addition to participating in the scheduled career mentoring series of events; 1-on-1 connections, speed networking and meal with a mentor events, Adil has set aside time to meet students outside of these events to answer additional industry related questions.

Adil Hosenbocus is an integral voice in providing industry feedback to support students in their career knowledge acquisition and career development. This includes providing information on industry skills, recruiting practices, education requirements, resume building and providing advice on how to leverage these skills in the current labour market. He has set the bar high and has certainly exceeded expectations. 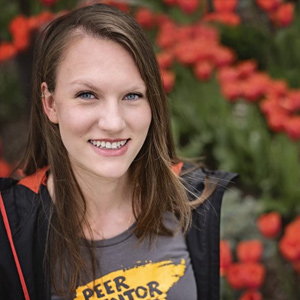 Throughout university, Kaitlin Lomas' has demonstrated the ability to reach far beyond herself. She has been involved in many academic, volunteer, leadership, and athletic endeavors.

As the 2018 Neil Russell Student Leadership recipient, Kaitlin is recognized for her many volunteer roles, all with the hope of positively impacting the lives of others. She had roles in events such as SPCA Paws for a Cause, TRUly United, Bell Let’s Talk Day, Toys for Kids Breakfast, Terry Fox Runs, and coaching youth volleyball. As a student athlete Kaitlin also became a Pack Academic Edge (PACE) Leader providing one-to-one academic instruction for a variety of student athletes.

Kaitlin has affected the lives and actions of others through the demonstration of caring, compassion and kindness. She maintained an excellent academic record and took on many awareness initiatives including a collaboration with Kamloops Sexual Assault Centre on a public service message, #ibelieveyou video in support of survivors of sexualized violence.

Kaitlin inspires others through examples of hard work, taking initiative, and demonstrating respect. Her hope is that she has been successful in instilling these values in both the team culture and the campus communities she had the privilege of serving. 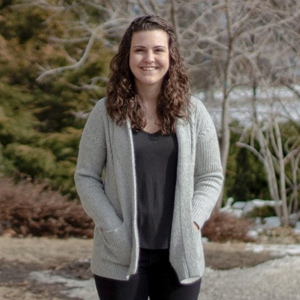 Payton Comazzetto has distinguished herself as an exceptional student role model throughout her university career.

One of Payton's proudest and most celebrated accomplishments came when she organized a fundraising event for the Boys and Girls Club - 'Brennan's Ugly Sweater Run'. This event idea was inspired by the memory of her brother who was killed by a drunk driver in 1999. This event has raised over $13 500, since 2017, for the Power Start Program.

As team leader and member of the Undergraduate Research Ambassadors, she was an integral part of a TRU research team working with the City of Kamloops, mapping the impacts of the opioid crisis on citizens and health service providers. Payton’s depth of character and her ability to transform personal challenge into a platform for public service and advocacy truly sets her apart.

As Vice president of the AdventureU Club. Payton's is part of a team of students that have created a club with the ultimate goal to ensure healthy living and outdoor activities are accessible to all. These projects highlight the initiative, respect, and genuine excitement Payton has for helping others and she continues to be committed to the process of lifelong learning. 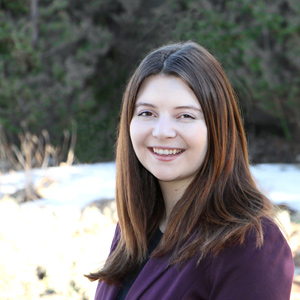 Shae-Lynn Forseille demonstrates exceptional leadership in coordinating, promoting and engaging herself and other students in career related activities such as extensive volunteering, career mentoring, workshops and club leadership.

Shae-Lynn actively sits as the PCMA president. She is guided by the philosophy that it’s not what happens inside the classroom that’s most important, it’s what you do outside of the class. She leans into this in her role as president as she has selflessly assisted in the coordination of various Career Mentoring Events throughout her university career. Shae-Lynn’s volunteer experience includes organizing workshops for students giving them the opportunity to network in preparation for entering the workforce and sitting as the Job Fair Volunteer Coordinator. She is truly an ambassador for the value of learning networking skills outside of the classroom.

She is the embodiment of strong leadership skills that prove to be beneficial to herself and her fellow students. She demonstrates this through her tireless fundraising efforts, which she plans to continue post-graduation, to provide students with the opportunity to attend conferences.

Shae-Lynn’s accomplishments and leadership in career development, both inside and outside the classroom have garnered her the TD Meloche Monnex Scholarship for Career Development.

Congratulations to our 2019 Award Winners!